The future of automobiles is Electric. India has one of the leading EV manufacturers and spreading wings globally 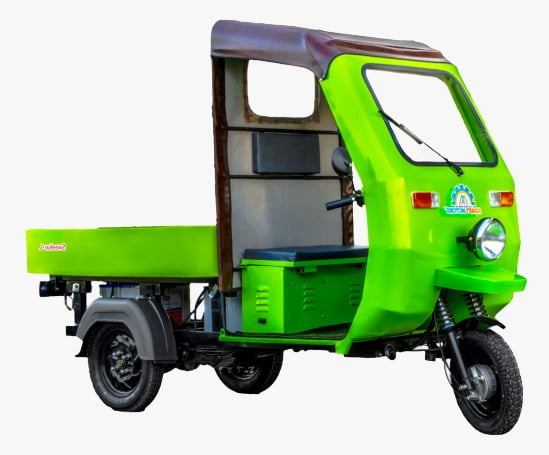 Adapt Motors is one such manufacturing company, which has realised the importance of manufacturing EV automotives. It is South India’s largest EV manufacturer who is committed to producing the best electric automotives in India. They are one of the most renowned EV manufacturing companies in India who have in-house production and R&D facilities. They are also partnered with the vendor network of India itself. They deal with the most reliable & named vendors. Adapt Motors have collaborated with the network for spares and genuine parts.

Adapt Motors have a purpose of serving the people and leaving a positive footprint on the environment. The venture is inspired by Make in India, and hence, they support Indian vendors only. All the designs, parts and vehicles on a whole of Adapt Motors are tested and certified by authorised  agencies established by the Ministry of Road Transport & Highway(MoRTH).

With the intense rise in air pollution, such solutions work in protecting the environment in eco-friendly ways. Choosing to buy such automotives is a cost-effective solution, and you get vehicles with higher efficiency. They produce less sound as well, which means that along with reduced air pollution, there will be less noise pollution as well. Adapt Motors is one of the leading electric two-wheeler and e-rickshaw manufacturers.  They are offering mobility solutions in such a way that nature is safeguarded. India will be a better place to live with eco-friendly auto-rickshaws and two-wheelers.

The company is mainly focussed on preserving the environment and initiating future mobility. The company uses resources that are best available and strives to build better products. The development of e-autos and two-wheelers started in the year 2015. The company started to spread its channel and market to the regions of Telangana, Karnataka, Tamil Nadu, and Andhra Pradesh. The idea and concept were welcomed by many, and they took it as an opportunity to do some good for the environment. This is how people started accepting its products, and they soon captured customers from over the country.

By the end of 2019, the company had its consumers from several locations that include Andhra Pradesh, Chhattisgarh, Maharashtra, Goa, and Tamil Nadu. The customer base is very versatile, and it ranged from corporates to Municipality, rice traders to drivers of daily wages, heritages, NGOs, etc. No segment was left behind in which the purpose of mobility was to be served. Adapt Motors were successful in providing, reaching and servicing customer needs and are continuing to serve the purpose.

In 2020, the company has successfully been able to cater the e-autos and e-bikes to African & European markets. With almost serving 6 international regions & 12 states in India, Adapt Motors is running towards its vision of making the globe a better place to live. The company is open for business in Srilanka, East Africa, Mediterrian region, Middle East Africa and Bangladesh. The company is based in Hyderabad and is one of the leading manufacturers of EV in South India.

The future of automotives is electric and soon you will see several such automotives on the road. At a fundamental level, electric automotives are believed to offer a dramatically lower cost of operations as compared to the conventional ones that use internal combustion engines. On average, electric vehicles are believed to be 75-80% cheaper from the perspective of fuel and maintenance. This consideration is one of the significant factors as to why consumers are referring to such options more and the vehicles have high usage.

The reality is true because of several form factors. Also, the procedure of charging batteries is materially cheaper as compared to refuelling a conventional liquid fuel tank. EVs are believed to have 75-80% fewer moving components as compared to the traditional options. This ultimately helps in reducing the maintenance bills significantly. EVs also possess advantages when it comes to driveability and performance.