With the recent trailer releases of two of the most awaited politically charged films, the internet has gone into a complete state of frenzy. These two trailers are none other than those of Thackeray and The Accidental Prime Minister.

Not only have they gotten people talking but have also generated an element of extreme anticipation. Both these films are set to be released in January 2019.

With an overtly talented set of actors forming the fulcrum of these two films, viewers are hoping for a minimal scope for disappointment.

While Thackeray is about the might and life of Shiv Sena founder Balasaheb Thackeray, The Accidental Prime Minister is about the life and political career of one of the most controversial prime ministers of India: Dr. Manmohan Singh.

With an explicit political element that dominates in the two trailers of the films, they dwell on the lives of two diverse popular Indian leaders.

Here’s taking a look at a few contrasting elements that emerge within these two trailers:

In the trailer of Thackeray, Nawazuddin is evidently heroised. There is an underlying theme of glorification that is present in the trailer. He is shown as fierce, assertive and as someone who has revolutionary tendencies. 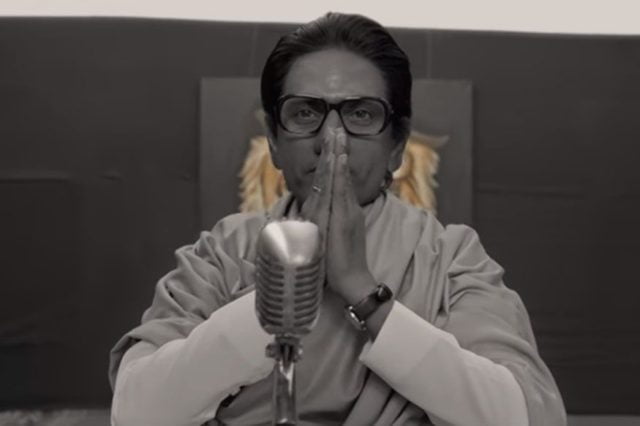 In spite of his controversial nature, the character of Balasaheb Thackeray as the upholder of Maratha Swarajya, is seen as heroic. His goon like nature and a certain disregard for the law seem to be revered with an evident bias.

Contrarily, the character of Dr Manmohan Singh, that is played by Anupam Kher, is explicitly portrayed as that of someone who is weak, subservient and is in sharp contrast to the character of Sonia Gandhi.

Additionally, there is also a certain villainization of the characters of Sonia Gandhi and Rahul Gandhi, that essentially seems to render Kher’s character powerless. 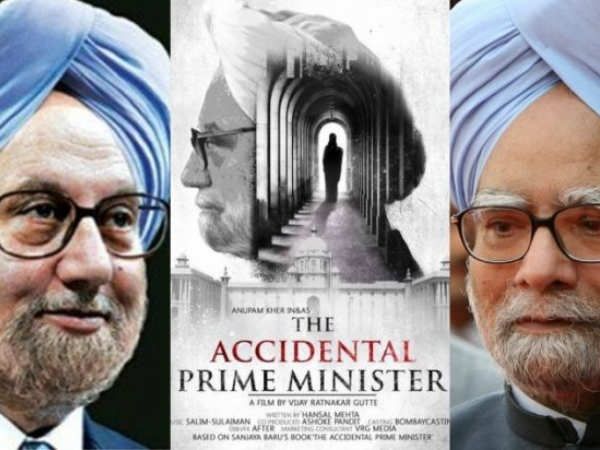 Perhaps the very base of these biased perceptions of the two leaders stems from popular opinion. Thackeray was able to mobilize a larger chunk of the Hindu population, predominantly from the lower rungs of society, and emerged as a savior or hero for them. This perhaps could be the root cause of Thackeray’s glorification.

As far as the popular perception of Singh is concerned, it was widely believed that Singh was merely a symbol of power and exercised authority vicariously through a stronger entity in the form of Sonia Gandhi. It is perhaps these popular perceptions that have seeped into the skeletal framework of the films and forms the basis of the bias.

Also Read: Instagram Has Rolled Out A New Update And People Are Hating It

On the one hand, the trailer of Thackeray, as impressive as it is, bears the risk of becoming perhaps another Sarkar Raj or an Aakrosh.

It vividly portrays the gravity of the conflict and frivolous political nature which surrounded the reign of Bal Thackeray, however, it can become just another politically driven masala film, in passing.

The Accidental Prime Minister on the other hand, has an element of realism. The level of theatre while present in an adequate quantity, doesn’t seem to over power.

AN ELEMENT OF MONOTONY?

Nawazuddin Siddiqui is undoubtedly one of the finest actors in the country today. I have no qualms about the fact that he will indeed, do justice to his portrayal of Thackeray.

However, there is a certain element of monotony that is present. Most of the roles undertaken by Siddiqui have been on similar grounds. Serious, biographical portrayals, that perhaps lack freshness.

The ensemble cast of The Accidental Prime Minister, seems impressive. Kher seems to have evidently gone out on a limb here. Playing Singh, is perhaps one the most unique roles undertaken by him.

Additionally, the film also has some lesser known faces like Arjun Mathur (plays Rahul Gandhi), that contribute to the increasing anticipation of the film.

There are no two opinions about the idea that the two films seem to be extremely promising. With each and every actor bearing an uncanny resemblance to their counterparts, it is evident that they completely immersed themselves in their respective roles.

Kher’s voice modulation, walk and look against Siddiqui’s demeanour, appearance and accent are proof that two of India’s finest actors will perhaps continue to give us gold, till the end of time.

This Is The Reason Why Gay Men Can’t Donate Blood