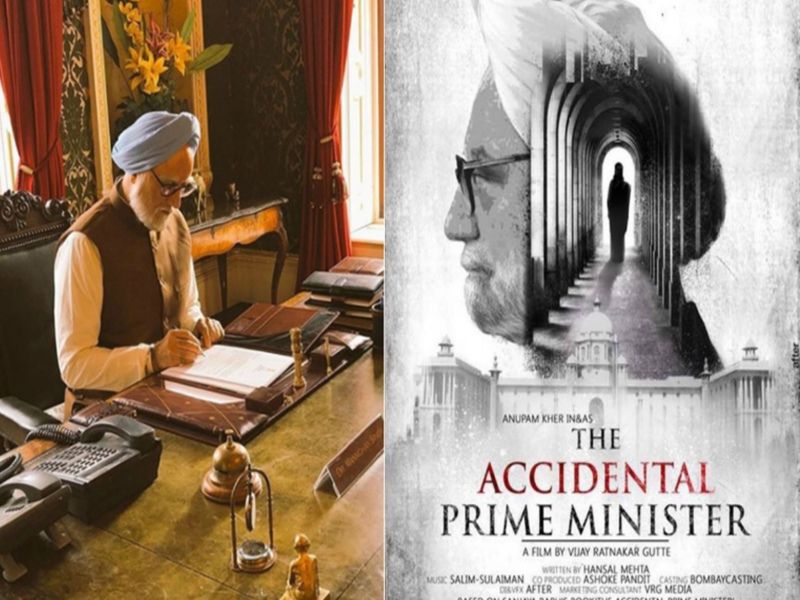 Riveting tale of how a family held the country to ransom for 10 long years. Was Dr Singh just a regent who was holding on to the PM’s chair till the time heir was ready? Watch the official trailer of #TheAccidentalPrimeMinister, based on an insider’s account, releasing on 11 Jan! pic.twitter.com/ToliKa8xaH

Ever since this tweet, BJP is being slammed by people for their tweet and this was clearly not the reaction they were expecting.

This movie could have worked in their favour if they had not engaged in this petty behaviour. It was a propaganda movie even before the tweet, but that just sealed it.

BJP is trying to gain votes by defaming the Gandhi family with words “how a family held the country to ransom for 10 long years”.

Even after winning the elections and forming a government, BJP had never stopped attacking the Gandhi family.

Leaders like Ashwini Choubey have even fallen down to the level of calling Rahul Gandhi “naali ka keeda”. He is the Minister of State for Health and Family Welfare.

As fresh as this move was, no one can say they were surprised by this tweet.

‘The Accidental Prime Minister’ is based on memoirs penned by Sanjaya Barua who was Manmohan Singh’s media advisor from 2004 to 2008.

Right after the book was released, Manmohan Singh had stated that the book was an attempt to misuse a privileged position to gain credibility for commercial gains. He had also added that the commentary smacks of fiction and coloured views.

The book on which this movie is based was published before the 2014 elections and was used as propaganda by BJP leaders with a series of questions inspired by the book.

Before the upcoming elections, there are 3 political movies lined up to release and “coincidentally” all of them can help out BJP in the elections.

The film ‘Uri’ is based on the surgical strikes and the trailer itself comprises of popular Modi slogans like “Naya Hindustan”. The character portrayed by Paresh Rawal is definitely someone from the BJP cabinet (could be Modi too) and will have an important role to play in the movie.

With the surgical strike in the main story, the BJP propaganda is subtly added to the movie and the Indian army being used as the tool for it.

‘Thackeray’ is based on the life of Balasaheb Thackeray and is going to be a hagiography rather than a biography. Shiv Sena and BJP have always had an alliance in Maharashtra by the name ‘Yuti’. So if Shiv Sena falls short of a majority, they can always turn to BJP and gets some seats.

Motion pictures are the best form to tell stories and have a wider outreach than probably anything else in India. Political message in a movie is similar to campaigning. This will create an unfair advantage.

Therefore, movies with political agendas should not be allowed to release right before elections and should be recognised as unfair campaigning by the Election Commission of India.

Should Rahul Gandhi Apologize For 1984?