It’s been ten years since the last episode of That 70’s Show aired on FOX. A quirky and satirical TV show that showcased the lives of six 17-something teenagers in the late 70’s, building friendships and learning the ways of life in the Point Place area of Wisconsin. The show was full of sarcastic humour, retro outfits, veteran guest appearances and the awesome music from the seventy’s.

The decade of LedZeppelin, KISS, Ted Nugent and so much more!

The show quickly generated a cult following and continues to remain a classic which is why the idea of recasting the ensemble altogether with a Bollywood cast is a matter of complete rejoice for me. Even the very thought of ‘Bollywood’ & ‘That ‘70s Show’together, makes me chuckle every single time.

So let’s check out who would play what if Bollywood actors were made to play the characters from That 70’s Show.

Eric Forman was infamous for being a ‘boy-next-door with a knack for sarcasm’ like nobody else. Siddharth’sfabulous boy-next-door charisma will give the character the much-needed quirk.

Vaani has shown a lot of potential in the past, just like actress Laura Prepon. Donna’s character has a lot of badass-ness to it. Vaani’s bold attitude can surely do justice to that. Hyde is a rebellious, government fearing, corporate hating teenager. It’s suffices to say that with Aditya’s fabulous acting skills and knack for pushing the limits of his character, no one can play a better Hyde than him. As you know, to Kelso looks are beyond anything else. His crazy sense of humor requires sincere acting efforts. Ranbir’s adorable chocolate-boy face and skillful acting techniques can definitely make the Indian version of Kelso come alive.

Eric used to call Laurie as ‘the devil’. Laurie’s character required sheer wickedness topped with an essence of sexiness. With a super, ’looks that kill’ attitude, Nargis is a sure shot choice for this character. Rajkummar Rao is known for pulling for creepy roles effortlessly. Hence, he gets to be Fez. I look at this image and just laugh. There is absolutely no doubt if this NSD alum could pull off Leo like Tommy Chong did. Om Puri’s selective choice of words and their deliverance is what Leo’s character’s is all about. Kitty was perhaps the most lovable character on the show. Her absolutely awkward laughter was funny as hell. Kajol is so versatile that she is absolutely made for this role. Another veteran. Bob’s odd comic timings can only be managed by Paresh Rawal! Midge’s character is based on a stereotypical blonde woman, dumb and attractive. Veena Malik isn’t blonde but she possesses almost the same traits. Hence, she gets to be Midge. And now we have reached the end of our Bollywood ensemble for That ‘70s Show. It might not outweigh the original ensemble but it sure can do some justice to it. With a multi-starrer TV show like this, Indian television industry will soon become more thriving than Bollywood itself. Can you imagine the fiasco that would be created when all of these characters will appear in Star Parivar Awards as a ‘Parivar’? And dance and sing together. Wow, now that is something I would call entertainment.

Anyways, let us know what you think about our list in the comments section below. 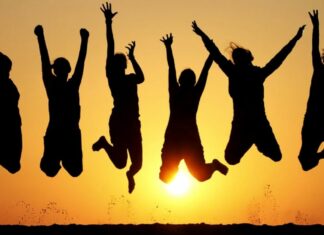