Home ED Originals Shaktimaan Vs Hero: Who Is The Better Superhero? Our Bloggers Fight It... 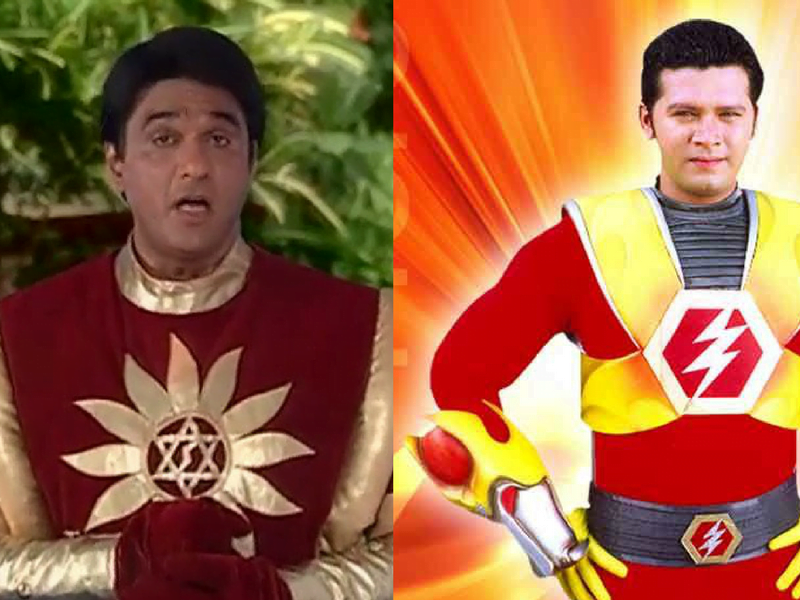 Marvel and DC have been the object of fascination of every superhero-loving kid recently. But little do they know about the real superheroes, real Indian superheroes who didn’t have puny powers like lightning strikes or turning big and green, they had real powers, like rotating in the air pointlessly and begging for help from Goddesses.

I’m of course talking about Shaktimaan and Hero, the two biggest baddest SOBs out there.

Let’s find out who’s the better: The pubescent kid who’s dumb AF or the mid-life crisis enthusiast with a penchant for stupidity:

“The Shaktimaan vs Hero battle is entirely one-sided. Hero wins solely because of his 2 sidekicks (OH GOD, THE IRONY) and the exceptionally brilliant CGI used in his show (it was so good that our eyes and ears were bleeding).”

When we talk about heroes like the plebs of Marvel and DC, we often escape the local, homegrown talent like Hero. Yes, his name is Hero because he’s a… hero.

And the fact that he’s a better hero than Shaktimaan and edges the Shaktimaan vs Hero debate is because of the enemies he battles as a real-life dumbass kid (Yo, you gotta see it to believe it). Shaktimaan’s alter ego Gangadhar just acts dumb.

When he’s a school going kid, he battles enemies like a fat kid named Chunky (OKAY, THAT IS TOTALLY NOT SUGGESTIVE) and a creepy AF teacher who pronounces a cute female teacher’s name as Chaar Lota (her name’s Charlotte).

And when he’s lacing up his red and yellow suit with a flash sign on the chest (DC’s Flash copied him, no shit), his play dolls transform into real-life superhero sidekicks named Dholu (a fat version of Thor because India was heavy on fat-shaming in those times) and Bubbly (eye candy girl who has the power of seduction).

And no, you filthy creatures. He doesn’t carry blow-up dolls in his bag.

The Shaktimaan vs Hero debate edges heavily towards Hero because of the underlying themes in the show, as well. Hero, as a show actively fat-shamed kids and adults, objectified women and reduced them to eye-candy status and most importantly, showed that the lead actor did a terrible impression of Hrithik Roshan from Koi Mil Gaya.

All that Shaktimaan did was fight lazy villains and spread a message about how to be good to people.

We’ve got Captain America for that, Shaktimaan. It’s Hero who teaches us how to be a total bad-ass and become a superhero by begging a Goddess for superpowers because your actual self is so pathetic and incapable of change and progress by being a decent human being.

Add to that, Hero (Joy) battled his own brother Avi, once Avi transformed into a super-villain because he was so tired of Joy getting sympathy votes for the lulz.

These sort of gripping internal story-lines were largely missing from Shaktimaan, who was basically just a boring middle-aged guy trying to act like a Desi Clark Kent (He was a reporter. How original.) and fought villains who were basic AF.

For all these reasons, we believe that Hero takes the Shaktimaan vs Hero battle by a KO.

Read More: FlippED: Is The Millennial Generation Beginning To Revel In Mediocrity? Our Bloggers Fight It Out! The comparison between Hero and Shaktiman is not even fair. On one hand, you have a barely pubescent teen who just randomly got lucky in a Mandir and is in it only because the doll he touches at night transforms into a real, actual woman.

On the other hand, you have this dude who has gone ahead and unlocked all of his 7 chakras through Kundalini and did Yoga to unlock his superpowers. He is like Ramdev but on steroids.

He also died and came back to life after walking into a fire so that his physical body is left behind and he becomes this ultimate superhero. Beat that, ya punk Hero.

Also, Shaktimaan’s fight scenes are way cooler. He just fuk-fuks in and fuk-fuks out (that’s basically the sound he makes when he’s spinning), killing all his enemies in a jiffy, without help.

Hero uses a cheap version of Thor and an eye candy superwoman to either seduce or scare his enemies into submission. He himself does jack sh**.

Whenever he tries, he gets screwed over and then has to repeat his mantra “Bhakti hi shakti hai” and then Goddess Durga bails him out.

Shaktimaan, on the other hand, has no sidekicks, has no backup. He’s a one-man army, and he decimates all that comes between him and victory. Speaking of victory, it’s not that easy a job for good ol’ Shakti, since his enemies are not garden-variety criminals and villains.

His enemy is Tamraj Kilvish, who is the living embodiment of the evil and dark forces of the world. Those are big shoes to fill.

His powers are enough to put the combines DC and Marvel universe to shame. He possesses physical powers like unlimited speed (up to the speed of light), strength, durability as well as psychic powers like telepathy, teleportation, telekinesis.

Also, did I mention he’s ruggedly charming, a true ladies man, a superhuman playboy if you will? Full package!

Speaking of weaknesses, Shaktimaan has one, a crystal, that’s it. Hero has a ton of them, such as the massive erection he tries to hide when he sees the eye candy or his voice, which people have a hard time taking seriously since it has barely broken or his face, since he looks like a Pillsbury Doughboy if it was Indian and ugly and lastly his ring, which is his source of power, and can be taken by his mom by mistake in a hurry and well then you’re SCREWED, AREN’T YOU HERO?

For all these reasons, I feel that Hero should just go back to looking at the dolls and fulfilling his fantasies back inside his bedroom and that Gangadhar wins this Shaktimaan vs Hero Battle.

Tulsi Vs Parvati: Who Was The Better Bahu? Our Bloggers Fight It Out!