Social media is a strong network through which news spreads like fire in the forest. Similar news has created a ruckus on Twitter.

Throughout the day, #SaifAliKhan was trending on the microblogging portal. This was because of the actor’s latest statement regarding his upcoming mythological epic, Adipurush.

Adipurush is a movie directed by Om Raut and the story revolves around the Hindu mythological epic, Ramayana. Saif Ali Khan is all set to play the demon king Ravana in the movie.

The epic traces the story of Lord Ram and Goddess Sita in defeating the evil king of Lanka, Ravana, who had abducted Sita. 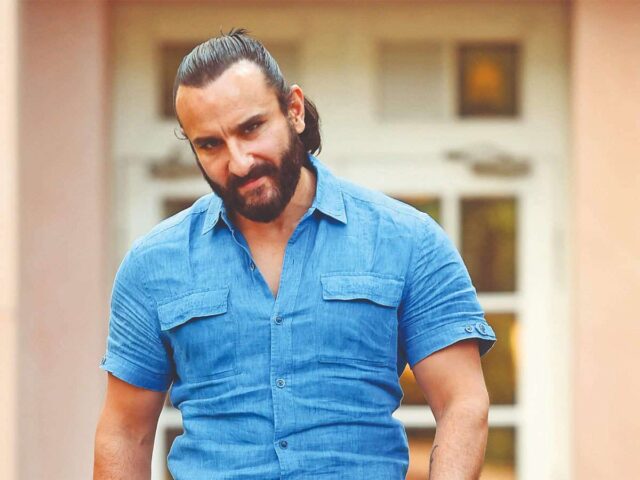 Saif Ali Khan says that he intends to show a humane face of Ravana in the movie and would attempt to justify the abduction of Sita. This statement has stirred controversy and people are bashing the actor for being insensitive towards women and the Hindu religious text.

Why Did Ravana Abduct Sita?

The story of Ravana and Ram’s war to free Sita from the clutches of the demon king of Lanka has been the subject of several festivities and fables in India. Certain pieces of evidence also assert toward the real existence of Lord Ram and the happening of the Ramayana.

The Ramayana we know has been written by Maharishi Valmiki, however, there are several translations and other versions of the epic which are popular in regional areas.

According to the main text of Ramayana written by Valmiki, Ravana kidnapped Sita from Panchwati during her exile with her husband and brother-in-law, Lakshman. He was told about her beauty by his sister, Surpanakha who was injured by Lakshman.

Maddened by Surpanakha’s description of Sita’s beauty, Ravana ventured to kidnap Sita which he was successful in doing. However, the epic states that Ravana couldn’t even touch Sita because he was cursed by Kuber.

It is widely known that Ravana was incredibly intelligent and was in Lord Shiva’s good books because of his devotion towards him. He earned several powers by worshipping Lord Shiva. Once he became powerful, he entered heaven and misbehaved with an apsara named Rambha.

Enraged, Kuber cursed him that if he’d ever try to touch any woman against her will, his head would be cut into a hundred pieces. Due to this, Ravana couldn’t even touch Sita.

However, the Sanagdasa’s Jaina version of Ramayana and Gunabhadra’s Uttara Purana suggests that Sita was Ravana’s daughter whom he had abandoned. 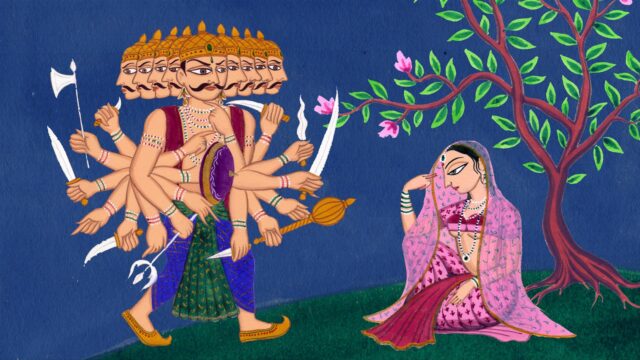 Some versions of the epic state that when Ravana was advised by his brother to surrender, he said that if Lakshman and Ram were gods, then he intended to die at their hands for the attainment of moksha, i.e. salvation.

This statement is supported by the fact that he was the most intelligent man on earth. He should have been aware of Lord Ram and Lakshman’s reality. To attain salvation, Ravana orchestrated the entire act by abducting Sita.

Can Abduction Be Justified?

Whatever Ravana’s reason for the abduction of Goddess Sita may have been, the dignity of a woman should have been of utmost importance to him, even above his self-serving motives.

He was the king of a wealthy kingdom and he had a duty to be morally correct and protective. On the contrary, he discarded his duties and became a mythological villain.

Even if he had been a normal human being without a crown and throne, he was duty-bound to protect the dignity of women in society, according to Hindu Vedas and Upanishads.

No act of violation of a woman’s dignity can be justified and any attempt to justify it should be condemned. The insensitive portrayal of women’s issues hasn’t been a new problem in Bollywood but it’s high time they start understanding that creative freedom also has limits and not everything wrong can be justified.