“Peace can only last where human rights are respected, where the people are fed, and where individuals and nations are free.”

Human rights have often been the cause of awesome deliberations through the course of the modern world’s history. Conflicts, riots and even proxy wars have dipped their feet into the ever engulfing cause of a human being’s rights.

The fundamental human rights that the entire world sees itself go tooth and nail against is for something as terrifyingly simple as ‘living’. It would be sacrilegious on my part if I limited the extent of it to just ‘living’ and hence, I will expand.

In essence, one might argue that only to live is never enough for a human being, however, we are all aware that it is seldom ever the case.

A human being is but a shell if they choose to live only for the sake of living, devoid of any needs, wants or the pursuit of happiness. Seemingly, the entire possibility of a human being existing in such a state may seem unearthly.

The Uyghur Muslims in China, are one of the communities facing such exemplary threat from the Chinese government.

Who Are The Uyghur Muslims?

The region of Xinjiang in China has predominantly been adjudged a territorial region of the Uyghur Muslims and has been provided with quasi-autonomy from the Chinese government.

The Uyghurs had been residents of the Xinjiang region in China, which, in essence, has been deemed as the residential or the land of origin for the Chinese Uyghurs. Taking most cultural cues from their Central Asian neighbours, the Uyghurs have been a community exceptionally different from the Chinese populace. 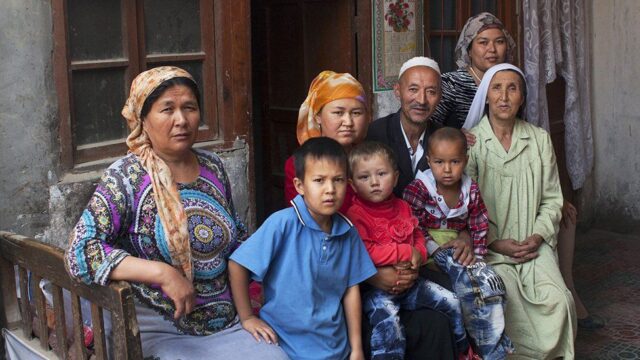 The Chinese government had declared them as one of the 55 officially recognized ethnic minorities existing in China. Thus, the region of the Xinjiang region that they reside in has been provided with the aforementioned autonomy.

The Xinjiang Uyghur Autonomous Region was thus provided to the Uyghur Muslims dominating the region. On paper, they are provided with the same form of autonomy as Tibet and it is no surprise that the autonomy is mostly limited to the paper.

The region of the Uyghur Muslims has come under severe threat from the Chinese government’s encroachment into their sovereignty, both cultural and territorial. Hence, from here on in, we look at instances where China has fought tooth and nail only to repress the Uyghur community.

The Uyghurs And Their Right To Life

When I had begun with the article, I had used a quote from the 14th Dalai Lama’s repository of speeches, which entailed the depth of human rights in its entirety.

The fact that China has been host to a myriad of controversies when it comes to exacting a human being’s right to life should be insight enough into the world the government has sought to create.

From Tibet to Hong Kong to the Xinjiang province, the throes of the Chinese government have seen no limits to its atrocities. Suffice to say that the Uyghurs have received the worst cards dealt. 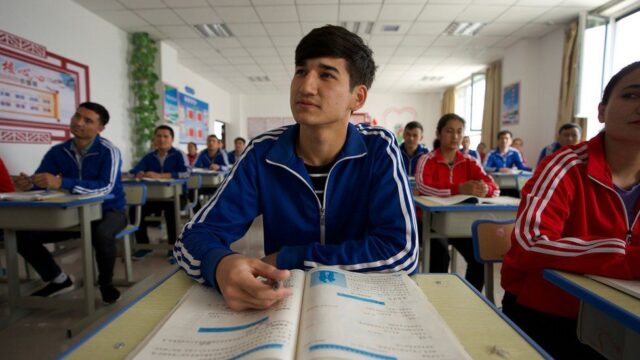 The Xinjiang province of the Uyghurs has been privy to a host of extreme atrocities. Concentration camps, which have been dubbed as ‘Re-education camps’, were erected through the lengths of the province to ‘eradicate the threat of extremist Islamism.’

The concentration camps have been reported to be proper death chambers for the Uyghurs where they toil themselves to death. The ‘threat’ of the Uyghurs was perceived the moment 9/11 happened when the Twin Towers fell to an Al-Qaeda attack. To put matters into perspective, 9/11 changed the very fabric of Chinese society;

“Almost immediately after September 11, the Chinese government produced a lot of documents suggesting that it faced a serious terrorist threat from Uyghurs.”

The narrative of ‘us vs them’ had erupted moments after the Twin Towers fell. The Uyghur Muslims were no longer citizens of the Chinese State but threatening and dangerous extremists who needed to be suppressed or silenced.

The Chinese War on Terror had just begun. In 2016, the Chinese government had begun to form labour camps that sought to ‘re-educate.’ The re-education was mostly a cover-up for the hurt and torture that the camps were designed to provide. 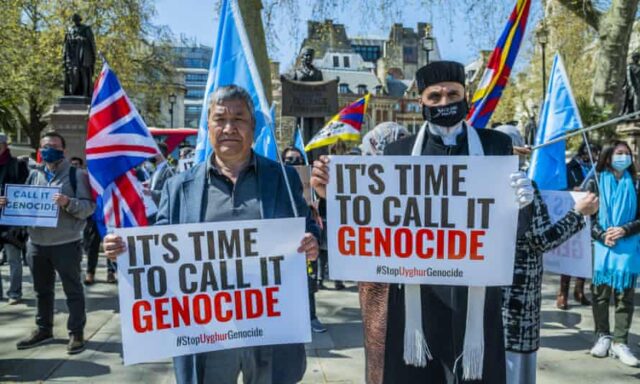 A few videos exist wherein the atrocious vengeful spirit of the guards can be seen with them kicking a pregnant woman, murdering inmates in point-blank range, raping and an entire myriad of such other instances.

As of 2020, these concentration camps held 3 million Uyghurs, however, it has been speculated that the number may have increased.

Rape, sexual abuse and torture have become commonplace in these camps. First-hand experiences of escaped Uyghur Muslims have surfaced wherein they describe the horror that they had witnessed in these camps.

The details of these encounters are depressingly horrifying thus the inclusion of it shall be omitted. However, it must be informed that the torture in itself is terrifyingly awful and the females were mutilated.

Also Read: In Pics: The “Cultural Cleansing” Happening In China Against The Muslim Uyghurs

China’s Tactic To Eradicate The Uyghurs

To eradicate a society, one needs to eradicate their source of power or knowledge. China has always been a sincere follower of this saying.

The society that actively tries to create an us vs them narrative only exists to oppress the marginalized in the hopes of finding an antagonist to their story. Through the crevices of time, the Chinese government has sought to reduce the Uyghur influence to the minimum.

Broken mosques, burnt manuscripts and razed buildings, the Chinese government has actively tried to quell any form of uprising or spread of Uyghur influence within the country itself.

The Chinese government’s war against the Uyghurs had reached a terrifying twist which can be seen in their Three Evils campaign.

They campaigned against terrorism, extremism and separatism, and all of these brackets were ticked red with the blood of the Uyghurs. The twist in the tale comes in the form of ‘Ideological separatism.’ 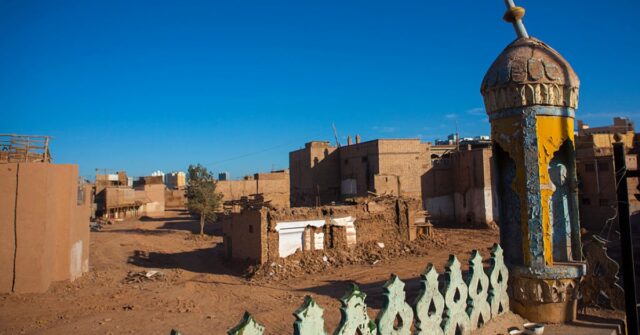 The new form of separatism sought to, on the surface, make China fall under an equal podium for each and every other culture. Ideological separatism has thus brought, about the absolute collapse of the Uyghur’s culture in its infinite shape and form.

Any display of cultural expression of the Uyghurs was now banned by the government, “to maintain the peace of the country.”

Furthermore, it must also be noted that the Chinese government had also enabled the mass migration of Han Chinese (majority community) to Xinjiang. The migration had led them to become the dominant majority group in the Xinjiang province, making the Uyghurs a minority on their own autonomous soil.

Allegations Against The Chinese Government

The following are a few allegations against the Chinese Government and the Chinese Communist Party. These should provide you with some insight into how the international world is dealing with China’s intolerance for a minority community;

In all fairness, the Uyghur genocide has become the cause of concern for the entirety of the world around. The moment the Chinese government succeeds in its slow genocide of the Uyghur Muslims, one would be able to do nothing but watch upon the vacuum created.

And a vacuum in global politics only hearkens absolute doom.

ResearchED: Why Planning For A Biosecure Future Should Be An International Topmost Priority