America is highly critical of China’s rise in the East and sees it as a threat to its supremacy, which was made clear in the G7 summit. The Biden government is hell-bound to maintain its global status and it involves directly competing with China. And what better way to erode China’s reputation than by proving that coronavirus is indeed a result of a lab leak from Wuhan.

This matter was discussed at large at the G7 summit also. The member countries all agreed to a consensus that the lab leak theory must be properly investigated to be sure about the origin of COVID-19.

If the theory does come out to be true, well then it won’t be the first time that something of this happened. And what should be the punishment for the lab or China for inflicting this pandemic upon the whole world, even if by accident?

The first record dates back to 400 BC when Scythian archers dipped their arrows in infected blood before attacking the enemy.

Dead animals being thrown into water wells to contaminate the water is another way of infecting people with a fatal disease. There are various other crafty ways, none of them merciful, mind you.

In modern times, nations have gotten more sophisticated about biowarfare. You would be surprised to know that anthrax and cholera were developed by Germany during World War I to defuse its opponents. During the Vietnam war, opponents were stabbed with needles dipped in feces to infect them.

This is just the tip of the iceberg. There are numerous other instances for the same. In these cases, bioweapons were employed intentionally to harm a country. However, more often than not, fatalities by microorganisms are “accidental”. This is why planning for a biosecure future should be our utmost priority in 2021.

If it is so dangerous, then why do we keep indulging in synthetic biology? Well, the motivation to pursue research is never to make bioweapons (not on paper anyway).

Gain-of-function research involves modifying or mutating an organism or a gene to study its virulence and transmissibility better. It helps plan for vaccine possibilities and ways to control diseases in the future. However, in this research, scientists can make mutations that make the virus more deadly or transmissible.

They inherently carry biosafety risks and are hence called dual-use research of concern (DURC). At a time when almost every nation is gearing up to make advancements in synthetic biology, it is high time that we start understanding its implications and work to mitigate its harmful effects.

To date, it is not a topic of discussion in national security debates. A crucial step was taken by the US Department of Defense when it listed synthetic biology in ‘disruptive basic research areas’ in 2014. But, nothing much has been achieved to limit its use since then.

Times When A Lab Leak Brought Nations To Their Knees

We all remember the SARS 1 outbreak in 2003 that spread to 29 nations after emanating from a lab in Singapore. Smallpox and H1N1 viruses were also leaked from a lab. The foot and mouth disease, that first appeared in the UK, was a result of the virus leaking into the water and contaminating the mud.

What is the reason for such leaks? Inadequately trained staff, improper safeguarded facilities, and less severity of protocols are the major causes. All it takes is one ignorant person to cause irreversible damage. 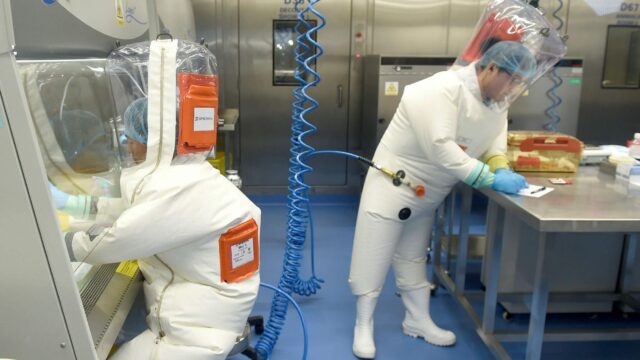 Whether it is an unintentional lab leak or a deliberate attempt to make bioweapons, synthetic biology needs to be regulated to avoid such cases in the future. What good are economic prosperity and military defense when the governments cannot safeguard their citizens from the potential harm of such bio attacks?

Bio-weapons come under the category of Weapon of Mass Destruction (WMD). Nuclear and chemical weapons are also categorized as WMD. Both of them have received international scrutiny and attention. There are laws and conventions in place to keep them in check.

However, we are shielded from bioweapons only by the Biological and Toxin Weapons Convention (BTWC) of 1972. There is not even an implementing body. The rules and procedures are not clearly laid out and hence, easy to breach.

Article 1 of BTWC bans bio-weapons but the use of microorganisms and their toxins for research and bio-defense purposes is allowed. There is a very blur distinction between the two, if not carefully regulated.

An additional challenge is posed by pharmaceutical industries that ardently stand against stringent inspections. Without a proper inspection regime, how does one ensure transparency when it comes to synthetic biology?

Poor regulation, inadequate disease surveillance and tracking, complex and multi-layered government structure put India at an added disadvantage compared to the developed countries. Our health infrastructure is fragile, a sorry state which has been reflected by the second wave of COVID-19 in our country.

The Science & Technology Ministry and the Environment Ministry are charged with the responsibility of implementing biosafety guidelines. However, labs carrying out biological research follow ICMR guidelines, which come under the Ministries of Health and Agriculture.

The cherry on top, we don’t have a central coordinating body. It makes coordination and regulation cumbersome.

The clear evidence of this is a controversy surrounding the 2019 research on filoviruses conducted by Indian institutions in the Kiphire district in Nagaland.

The Union Ministry of Health initiated an inquiry as it was suspicious that permissions were not taken by the National Center for Biological Sciences and the Tata Institute of Fundamental Research from the ICMR before accepting foreign funding.

India has porous borders, and no matter how strict patrolling we employ there, there are still high risks of pathogens or lethal microorganisms penetrating from abroad. How do we screen for them?

Our population is steadily rising. An increase in population leads to more demand for food, which requires more breeding of animals. But due to limited space, they are caged together in a compact setting. This increases the risk of infections, diseases, and pathogen transfer.

Hence, with the increasing risk of zoonotic diseases, we have to be more efficient in dealing with biosafety. An apex body should be set up with clear guidelines on how to carry out biological research.

Efforts At Global Level For A Biosecure Future

The BTWC review conference is scheduled to be held this year in November. Initially scheduled for 2020, it was pushed further due to the pandemic. This year, the experts expect the major topic of review to be biosafety monitoring measures.

Making a clear distinction between bio-research and bio-weapon research is hoped to be another crucial point of consideration.

COVID-19 has only alerted us to work faster and smarter than before. This issue needs our immediate attention. The concern right now is not if COVID was leaked from a lab or not. It’s that viruses and other organisms can come from labs just as conveniently.

Global superpowers and major economies should pull up their sleeves and work smartly. No country is safe until every single nation is.