India will be celebrating its 70th Republic day on 26th January 2020.

The Republic day is a prestigious occasion in Indian history that marks the legalization of the Indian constitution in independent India.

The day is celebrated with great pomp and show in the national capital and the most auspicious part of the event is the republic day parade.

As a part of an ongoing tradition, a republic day chief guest is invited to witness the grand parade and rejoice with fellow Indians on this glorious day.

The state guest of honor for the republic day is generally a state or government representative from another country who is highly respected and honored worldwide.

For 70 years, India has welcomed world-famous leaders like Queen Elizabeth, Lord Mountbatten, Nelson Mandela, Barack Obama and many more whose presence blessed the auspicious occasion and won the heart of Indians.

However, this year the Indian authorities are facing flak for inviting a not-so-deserving chief guest at the historical parade. The state of honor for Republic day 2020 is the Brazilian president Jair Bolsonaro.

Why Is There So Much Controversy Around Bolsonaro’s Visit To India?

The Brazilian president is worldwide famous for his controversial personality and extreme comments. He has gained the attention of the international media right since the start of his term due to his sexist and racist remarks.

Bolsonaro is a leader who is criticized by almost all big activists worldwide. Having him as an authority of such a prosperous state is perceived to be detrimental considering his personal views and general outlook.

He is known to carry every trait a leader should not!

Bolsonaro is a celebrated sexist, misogynist, racist, homophobic, anti-Islam, war-supporter and a politically incorrect human being. His comments are not just disrespectful but are deemed to be outrageous, originating from his pure rightist mindset.

India being a secular state democratic republic would never encourage anybody with such a punitive ideology. Hence, the Indians are opposing his visit to India and as a republic day chief guest and criticizing Prime Minister Narendra Modi for extending an invitation to him. 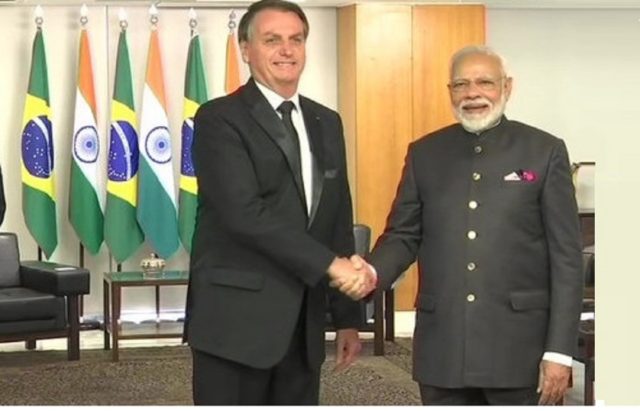 Why Should One Be Scared?

Having leaders like Bolsonaro is not only a speck on politics but also intimidating. The fact that he is not afraid to make extreme comments publicly talks about his destructive mindset that reeks racism, sexism, homophobia, etc. 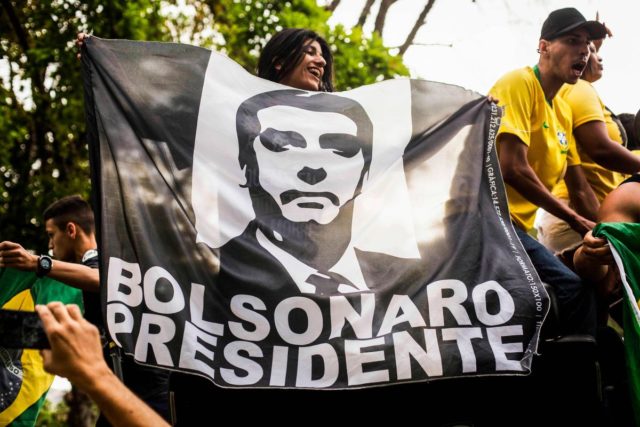 He is so disrespectful towards women that he did not even spare his daughter. He said, “I have five children. Four are men, and then in a moment of weakness the fifth came out a girl.”

Adding more to his sexist remarks are statements like, “He wouldn’t employ a woman with the same salary as a man,” in a TV interview in 2016.

Also Read: Brazilian President’s Fury Adds Fuel To Amazon Wildfires, Will This Turn Apocalyptic For All Of Us?

Another of his outrageous remark caught limelight in 2014 when he said, “I wouldn’t even rape you, because you don’t deserve it…Slut!” while arguing with lawmaker Maria Do Rosario.

Not only this, in 2011 he openly targeted the LGBTQ+ community saying that “would be incapable of loving a homosexual son…I would prefer my son to die in an accident than show up with a mustachioed​ man.”

The scarier part is that he is a blatant supporter of violence. One of his core ideology says that a civil war is better than a democracy. He supports the killing of people in dictatorship and says “If some innocents die, alright; in every war, innocent people die. I would even be happy if I died as long as 30,000 others died together with me…The situation of the country would be better today if the dictatorship had killed more people.”

The Brazilian president openly promoted war while delivering a speech curbing democracy. He says, “Through the vote, you will not change anything in this country, right? Nothing! Nothing! You will only change, unfortunately, on the day when we begin a civil war here inside.”

Adding more to his unpolitical traits and unprecedented statements is his hatred towards indigenous people. Bolsonaro believes that indigenous people are ‘scumbags’ and should be exterminated for the prosperity of his country.

What Makes The PMO Invite Him As A Chief Guest?

Bolsonaro is not a guest of honor for us, Indians. However, it is to be noted that the Brazilian president got the invitation to visit India for the third time.

It is reported that Narendra Modi and Jair Bolsonaro interacted with each other last year at big-budgeted events like G-20, BRICS Summit, etc.

Following the same, the two Prime Ministers talked about trading opportunities between two nations and aimed to increase the bilateral trade from $7.57 billion to $25 Billion in the coming years. While both the parties are looking for economic benefits, the rivalry between nations over sugarcane farming shouldn’t be ignored.

Bolsonaro is undoubtedly despised by Indians and protests are held all over the country over the un-welcomed visit of the Brazilian president.

Whereas, the PMO seems to be least affected by the public opinion and is busy growing his friendship with the Brazilian president. Hope this friendship brings out the best for both the countries.