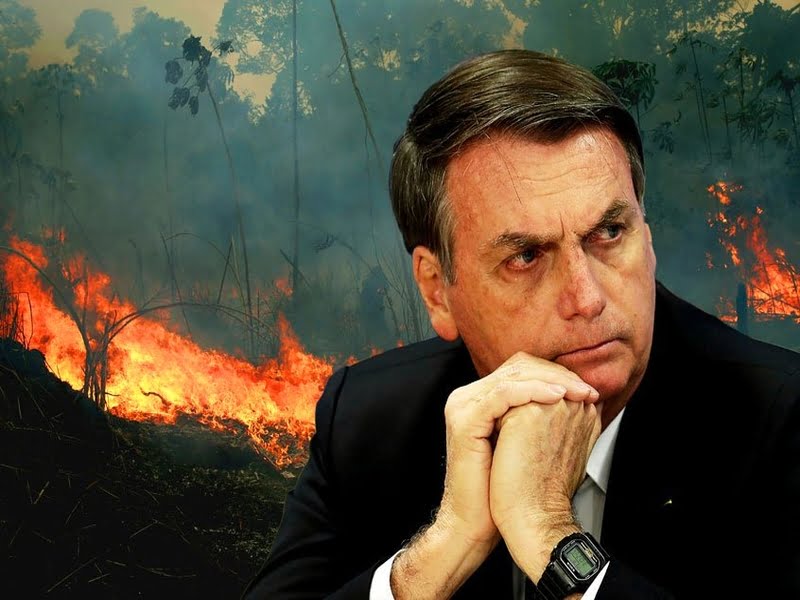 Imagine you’re walking down the road and you see a poor kid in tattered clothes. Your compassion drives you to buy a new set of clothes for that kid. However, when you walk up to him to give him the clothes you bought, he refuses to take them.

He does so because he questions your mindset and resents that you didn’t consult him before offering your help, though there are no two ways about the fact that he is in dire need of good clothes.

Before you think that this situation is bizarre even hypothetically, let me tell you that it’s not. In the above scenario, the person who couldn’t rise above his circumstances is a kid who probably doesn’t know better.

What is truly bizarre and shocking is that a leader of a nation facing an acute crisis has chosen to behave the way the kid did- only not hypothetically, but for real. Yes, you read that right.

What I am alluding to here is that Brazilian President Jair Bolsonaro has rejected the aid offered by a group of seven countries to douse fires in Amazon rainforest in Brazil.

What Macron Said After The G7 Summit

The Group of Seven world leaders met for their annual meeting in Biarritz, France, where they discussed the terrible situation in the world’s largest rainforest.

Soon after the meeting ended, French President Emmanuel Macron made it public that the seven countries had pledged to contribute over USD 22 million and also thought of a long-term plan to pre-empt any such disaster in future. 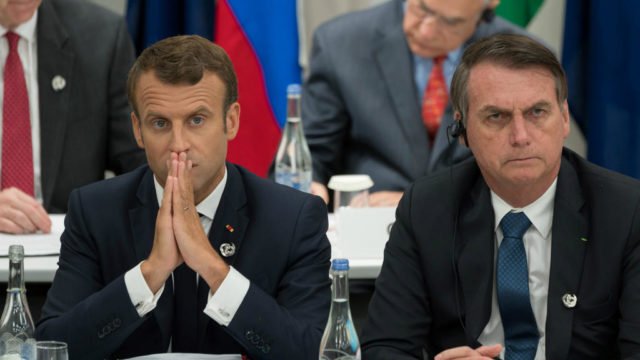 He not only was critical of the Brazilian government, but also said that he may block a free-trade agreement between South America and the European Union, because Bolsonaro was not serious about the environment.

Furthermore, he said that an international body to safeguard the Amazon is plausible if a sovereign state continues to take actions that go against the well being of all.

He added, “The challenge when it comes to climate is such that nobody can say, ‘It is not my problem”.

The questions on Brazil’s commitment towards Amazon and the fact that he wasn’t made part of the G7 meeting on the matter have left Bolsonaro fuming.

Brazilian President feels that his French counterpart has showed colonial mindset, which is unacceptable to him.

“We cannot accept that a President, Macron, issues inappropriate and gratuitous attacks against the Amazon. Nor that he disguises his intentions behind an ‘alliance’ of the G-7 countries to ‘save’ the Amazon, as if it were a colony or no man’s land.”

However, things turned disgusting when Bolsonaro dragged Macron’s wife in the middle of his murky politics. 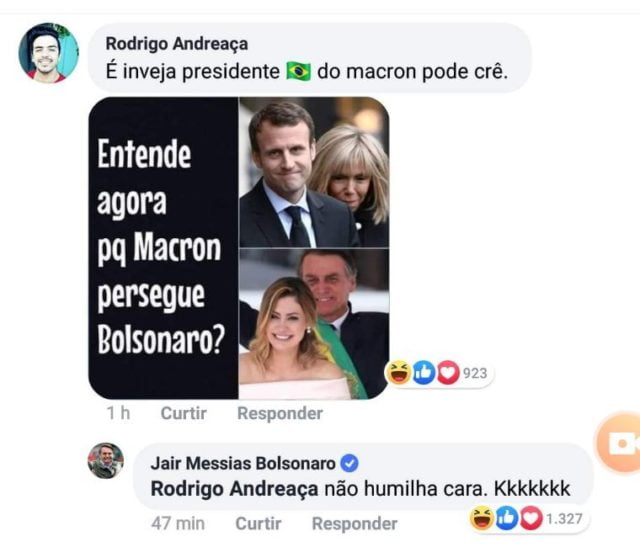 A photograph of the two Presidents and their spouses was posted on the official Facebook page. Someone left a comment on it which suggested that Macron seemed jealous of Bolsonaro. The latter reacted with laughter and replied, “Do not embarrass the guy.”

Ironically, Bolsonaro said lately that he would consider the G7 aid only if Macron withdraws his words.

An Environmental Catastrophe In The Making

Before he got elected last year, Bolsonaro promised to use the Amazon for development projects in Brazil. Ever since he came to power in January this year, as per reports, there’s been no checks on deforestation and fires that loggers and farmers have resorted to in order to clear land. 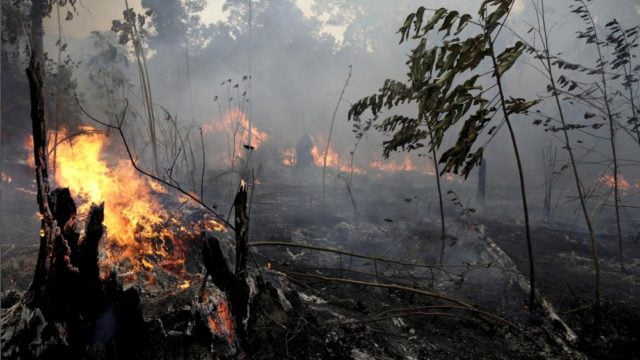 The number of forest fires this month has risen by a record 80% and have spread to Bolivia and Paraguay too.

Amazon is not referred to as the “lungs of the planet” for no reason. It is not only home to indigenous people, a variety of flora and fauna including endangered species, but also absorbs a staggering share of the planet’s carbon dioxide.

As the situation degrades, a time will come when the Amazon will start emitting greenhouse gases. The alarming rate at which climate is changing, this time may arrive sooner than later.

Losing the world’s largest rainforest could potentially trigger the much dreaded environmental catastrophe which will lead us to a point of no return.

Not just the Brazilian President, but every single one of us has to realize his or her duty towards protecting the planet we inhabit and have unfortunately ill-treated for so long.

It’s time we rise above our differences and take responsibility for our action. After all, if you’re not part of the solution, you’re part of the problem.