HomeLifestyleRecruits Of Islamist Militant Groups Are Likely To Be More Educated Than...
Lifestyle

We talk about gender equality and literacy. But it seems that the Islamist militant groups are more sorted in these areas.

A study by the World Bank showed that the chances of a recruit in these militant groups to be educated are higher than the general belief. What’s more shocking is that those who want to be among suicide bombers are likely to be the best off.

This study was based on a recent leak of ISIS documents revealing the identities of recruits. These documents were obtained by the German intelligence.

They enquire about everything from skills, educational status to previous extremist experiences and knowledge of Islamist laws. They also ask about the role an aspirant would like to play within the group. Those who were inclined to the spots for suicide bombers and administrators turned out to be more educated.

Boko Haram, which is affiliated to ISIS also has the same ideology. The only difference being is the former operates in Nigeria and the latter in Iraq and Syria.

Boko Haram is nefarious for the abduction of a large number of young women. General perceptions say that these abducted women are just used as sex slaves and/or cooks. It turns out that not only they are deployed as fighters in case of terror attacks but also as intelligence operators and recruiters for the group. Abduction of Girls By Boko Haram

While in ISIS, women aren’t allowed to combat in Iraq and Syria but they are persuaded to take part in terrorist activities in some parts of Europe.

Moreover, Boko Haram seems to have more sophisticated selection procedure than ISIS. An aspirant is less likely to be recruited if s/he has no acquaintance in the group beforehand. This way Boko Haram largely recruits the friends and families of its members.

Poverty, illiteracy and microcosmic views aren’t responsible for the aspirants’ attraction towards these groups as much as they should.

The major factors are the desire for revenge, need to be respected and want of belongingness. These factors are a superset of poverty and illiteracy.

Ironically, these extremist and savage Islamist militants know better than the others that gender equality and literacy are very important for the sound working of any organisation. This study has now completely busted the previous perception that all terrorists are victims of poverty and brainwashing. Rightly so, those who do such severely cruel acts in the name of religion or revenge can’t be the victims of beguilement. They do so in complete consciousness and with planning.

ISIS Runs Just Like Any Other Global Organisation With Departments, Vision, Mission Etc. In Place

Facebook
Twitter
Pinterest
WhatsApp
Previous articleHangover Free Alcohol Is Here!
Next articleTrash It, Trend It: The Best And The Bizarre That Happened In News This Week 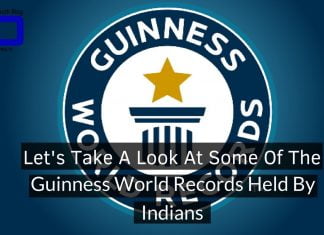