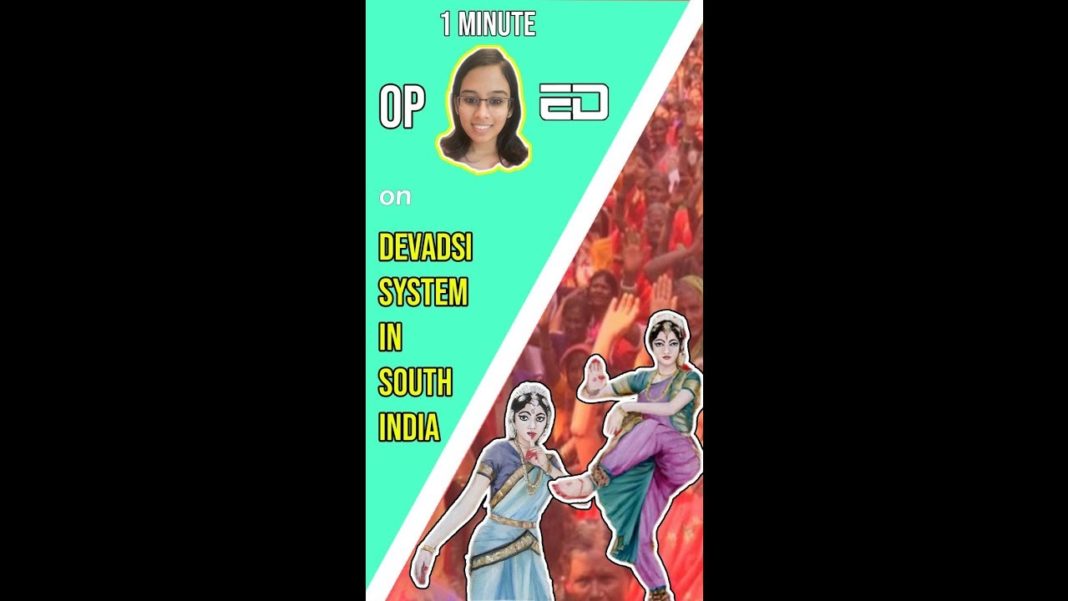 The Devadasi culture was prevalent in various parts of southern India from around the 3rd century till the 1980s.

While it is now officially outlawed, there still exist small Devadasi populations in states like Karnataka, Maharashtra etc.

The history of the Devadasis is an interesting one that calls to mind the mystical Geishas of Japan.

Who were the Devadasis?

Known by various terms like jogini, basivi, matangi, etc. Devadasis were girls who were pledged at a young age by their families to be dedicated to the worship of a certain deity. These temples were usually patronised by the local kings.

They would live in the temple of that deity after an initiation ceremony that was akin to marriage, and were considered to be the earthly wives of the deity.

They would perform various duties like singing songs of praise, dancing, and caring for the deity and temple premises.

They were highly respected members of society as they were considered to be nitya sumangalis – women who would never be widowed. As a result, their presence was considered auspicious at weddings and other important functions.

Watch this video to learn more:

Read More: I Was Chased By Two Bikers To The Metro Station

How colonial rule changed their lives

The Britishers did not pause to distinguish between nautch girls who danced for entertainment and Devadasis who were pledged to temples.

They attempted to outlaw the Devadasi system, and declared it taboo, stripping Devadasis of much of their social status and respect.

Now, the Devadasi system is almost extinct in India – it is still practised in only a few regions of Karnataka, Maharashtra, etc. The Indian government has also more or less brought an end to the Devadasi tradition.

The celebrated singer and actress, MS Subbulakshmi, was born to a Devadasi mother. As a result, she grew up in an environment filled with music, and received extensive musical training herself.

Dr. Muthulakshmi Reddy, India’s first lady doctor, was also born to a Devadasi mother. Due to the dwindling status of Devadasis at the time, she had to fight to obtain her education, as principals and others thought she would be a corrupting influence due to her background.

Celebrated Bharatanatyam dancer Balasaraswati came from a long line of Devadasis. She played a major role in popularising Bharatanatyam outside Tamil Nadu, and even taught abroad.

Her grandson, Aniruddha Knight, continues her tradition and is a celebrated Bharatanatyam dancer himself today.