India is becoming a hotbed for communalism.

With the introduction of policies like the Citizenship Amendment Act (CAA), National Population Registration (NPR), etc, the country has once again displayed a prominent communist mindset.

While the entire world raised concerns over the rooted communalism prevalent in society, Shoaib Akhtar made a shocking revelation on discrimination in the sports world. 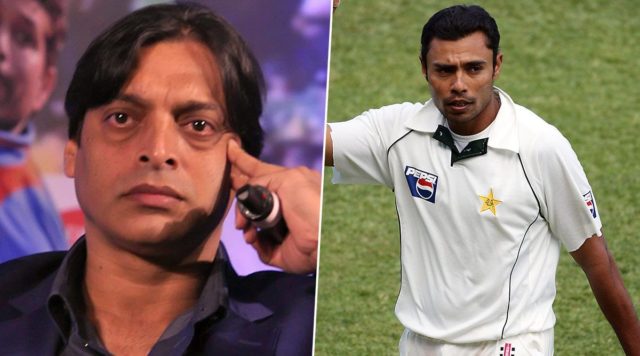 The Pakistani bowler mentioned how his fellow teammate Danish Kaneria was discriminated against by other team members as he was a Hindu by religion.

Who Is Danish Kaneria?

He represented Pakistan in various test matches and One Day Internationals for over a decade. Playing as a right-arm leg spinner, Danish used to play at the fourth position for the Pakistan national side.

Danish is a Hindu of Gujrati ethnicity. Kaneria happens to be the second Hindu to be a part of the Muslim dominated Pakistan cricket team. He followed in the footsteps of his uncle, Anil Dalpat who was an eminent bowler on the Pakistan national side.

Although the former Pakistan cricketer never mentioned the discrimination faced during his tenure but confirmed the same when Shoaib Akhtar confessed the same in a recent interview during a talk show.

What’s The Fuss About?

The issue came in the limelight when former Pakistan spinner and commentator Shoaib Akhtar mentioned Danish Kaneria being isolated from the rest of the Pakistan cricket team for being a Hindu.

He further mentions that the Muslim cricketers brutally discriminated Kaneria and even refused to eat with him. Not only this, he bluntly talks about the bigotry prevalent in the Pakistan cricket team and is even ready to expose the people behind the same.

Shoaib Akhtar condemns the same and supported Danish on his unfair treatment by the Pakistan Cricket Board on the basis of religion.

“The same Hindu won the Test for us against England. If he is taking a bagful of wickets for Pakistan, he should play. We could not have won the series without Kaneria’s effort. But not many gave him credit for that,” added Shoaib.

Also Read: Policy Suggestion By A Millennial To Reduce Communal Violence In India

Following the same, Kaneria came forward and thanked Shoaib for opening upon such a delicate topic which he could not mention before.

Confirming Shoaib’s claim, Danish mentioned that, “Shoaib has been a legend of the game. His words are also as blunt as his bowling. When I was playing I did not have the courage to speak on these matters but after Shoaib bhai’s comments, I do.”

“In my career, I fought with two [or] three (in the team) when they started talking on regionalism. Things like ‘who is from Karachi, Punjab or Peshawar’”, said Kaneria when asked about the same.

Such a confession is not only shocking but also disappointing as it stains the sportsman spirit and is against the sport’s etiquette.

It is saddening to see how people from such an educated and affluent background have to face discrimination due to their faith even at an international level.

Danish Kaneria has wholeheartedly contributed towards his country both as a cricketer and as a Pakistani national. He has shown exceptional performance as a bowler during his tenure and served the Pakistan cricket team for more than 10 years.

However, some prominent Pakistan cricketers including Inzazam-ul-Haq have refused the claims made by Shoaib and some even tagged him as an “attention seeker” for making fake stories.

“I never felt this thing, that there is any such thing in our team. Our hearts are not so small. Saddened to hear about this news because I was captain at the time”, says Inzamam-ul-Haq who headed Danish as a captain.

Kaneria, on the other hand, feels empowered on getting Shoaib’s support and told India Today in an interview that, “Those who did not support me, I will make their names public soon. Having said that, I feel fortunate and honored that I got to play for Pakistan.”

With the matter taking such a controversial turn, it is doubtful to give any judgment about the same. Still, it is disheartening to see the prevalence of communalism in today’s world which is evidently tainting the spirit of sports at an international level.

We Are Done With ‘Mandir-Masjid’ Debates, All We Want Is Jobs And Development: Indian Youth