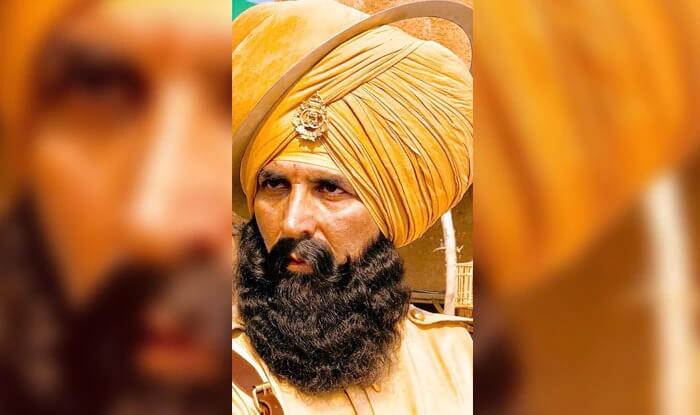 The Nihang Sikhs, donned in blue carrying intimidating weapons, wearing a Dumaala dastaar, have been long respected for being protective warriors that belong to the Sikh community. But what do we know about their story and their culture?

Legend has it that Guru Gobind Singh Ji’s sons, lovingly called ‘Sahibzaadey’, were all playing together, and the older brothers were sword fighting. The youngest son, Baba Fateh Singh Ji, asked to join them, but was turned down on account of being ‘too young’.

Disappointed, he went back to his palace and put on new, blue clothes and tied a turban (called dastaar) which was as long as his arm, put on a Chakar, kirpan and took a spear, all to impress his brothers and get to play with them. 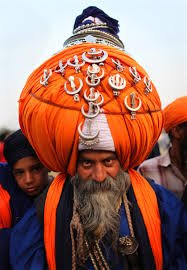 Also Read: Who Was Havildar Ishar Singh, The Man Who Led 20 Sikh Soldiers Against 10,000 Afghans?

The Nihangs: The ‘Fearless Ones’

There are various meanings associated with the word ‘Nihang‘. Some translations show it to mean ‘crocodile’ in Persian – a label given by the Mughals to them as they fought ferociously, like crocodiles. Guru Arjan Dev Ji is known to have given Nihangs the meaning of ‘anyone who lives fearlessly’.

The Nihang Sardars were the ones who went to battle for the Sikhs. They were always at the forefront, protecting Gurudwaras, safeguarding the people. Dressed in striking blue, they are always armed and ready to battle.

They wore special turbans, called the ‘dumaala’. It has many meanings including ‘prize’, or ‘double turban’. According to the holy book Guru Granth Sahib, it was given this particular meaning. It’s believed that Bhai Naina Singh Ji wore a tall turban and recited some lines from this holy book, which is why these tall turbans are now called ‘dumaala’.

The Nihangs, also known as the Akaalis, have a remarkable history of winning battles even when outnumbered and faced with strong opponents. They are revered as the military of the Sikhs, a force to be reckoned with at times of conflict.

An example of this is seen in Akshay Kumar’s look in the upcoming film Kesari, where he is essaying the role of Havildar Ishar Singh who lead the Battle of Saragarhi: 21 sikhs against an army of 10,000 Afghans. 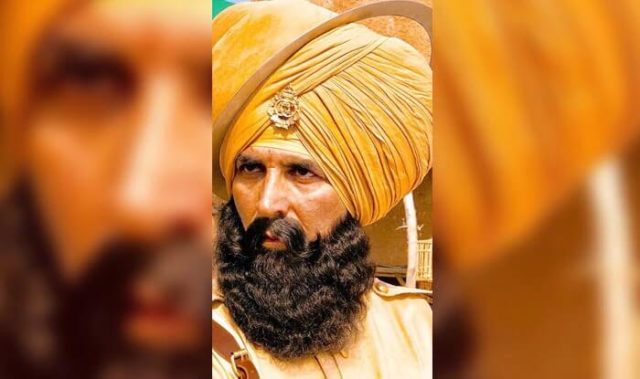 They followed a strict code of conduct, had to follow dharma throughout their lives, which is why they were also known for their high moral character and great stature. This included being armed always, never fearing the foe, remaining faithful and true to one’s dharma and always meditating to focus on the Akaal (the Immortal) or the Sat (truth). 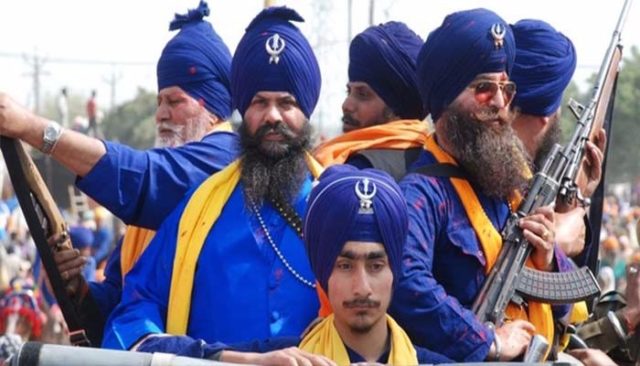 They were meant to live with discipline, not be attached to worldly possessions, and stay true to their culture at all times.

There’s a famous saying that goes: “Aye nihang, booha khol de nishang“, which could be translated as: “The Nihangs are at the door. Dear woman! Go ahead open the door without any fear whatsoever,” which emphasizes the great degree of trust and confidence that the society rewarded them with.

In contemporary times, Nihang sardars often also take to activities that are not included in the traditional rehmat and Jeevan (spiritual life) of the Nihangs. However, the true Nihang is the soldier devoted to serving the Akaal, blessed by Guru Gobind Singh Ji to be fearless warriors in times of conflict or battle, and a life of discipline and respect, with no desire for material gains.

These fierce warriors, with their current headquarters in Anandpur, continue to be a force to be reckoned with, dedicating their lives to protect their own, and to ready to lay down their lives in serving the Akaal.

Why Do Young Sikh Boys Cut Their Long Hair And Trim Their Beard These Days?