Disclaimer: The author’s identity has been kept anonymous, as per his/her request.

The outcome of mixing modernity and religion is no less than a dangerous cocktail (like Molotov, haha). But then again, what is the millennial generation if it doesn’t break a few norms and establishes its own?

And what are we, if not the outcomes of our prior generation’s mistakes? The same patterns follow Sikhism in hot pursuit, where we’ve witnessed young Sikh boys trim their beard and hair for various reasons, be it due to cultural challenges or a lack of religious empathy.

Context is key so to put things in perspective, let’s talk about the primary reasons and the interpretation about why Sikhs are ideally expected to not trim their beards and why young Sikh boys are challenging that notion:

#1. The turban, in Sikh religion has over the years become a symbol of distinguishing identity. You can recognize a Sikh, anywhere.

#2. Keeping a full beard has been interpreted as a way to acknowledge that Sikhs are comfortable as the Lord Almighty (or mother nature) made them.

The recent changes attributed to modernization of fashion & culture has led the religion of Sikhism in a state of flux.

A lot of Sikh boys trim their beard these days, not often as a sign of rebellion but in order to blend in and have hassle-free hair maintenance.

But why DO THEY need to blend in? Especially when the whole idea is to stand out from the crowd?

Well, let’s take a trip down the infamous memory lane.

Owing to 2 major incidents in India and the United States in 2 totally different eras, the Sikh population feared that its identity will get them into trouble.

Those two incidents are:

#1. The assassination of late former PM of India, Indira Gandhi, which led to the infamous 1984 Sikh genocide. Out of fear, a lot of Sikhs chopped down their locks and trimmed their beards to avoid certain death.

From then on, a lot of families decided not to adorn a traditional Sikh appearance and continue living without a turban and beard, with future generations following suit.

#2. The 9/11 attacks in the US in 2001, which led to the country-wide public ostracization of Arabs and people with similar facial appearance, with Sikhs also becoming a major population to come under scrutiny, torture and humiliation, often being referred to as “towel heads” because of their turban and mistaken identity.

The humiliation persisted for years, which led to Sikhs taking the safer alternative to chop off their beard and hair to blend in with the foreign population while going abroad, further leading to an alienated population with a loss of personal identity.

Also Read: Golden Temple Acts As A Saviour To Several, Here’s A Look Into Everyday Life In The Shrine

There also exists a 3rd reason, which is far more simple and far less controversial, and that is the ease of maintenance of their daily routine and a way to escape localized bullying, which is why young Sikh boys trim their beard and chop off their locks.

Often viewed as a “hassle”, maintaining a proper beard and a full head of hair tied up in a bun is undoubtedly a tough task.

And there are are Sikh boys and men who prefer to either keep a mere stubble or stay clean-shaven, by displaying a total lack of responsibility or even trying to experiment with different styles for their beard.

This is also attributed to the mockery and bullying that young Sikh boys are subjected to in non-Sikh schools, due to which they prefer to blend in with the crowd.

Problematic parenting doesn’t allow them the window to learn and respect their own sense of self and appearance, which further contributes to a large Sikh population not essentially being recognized as Sikh or even worse, identifying as the same.

In an era when the trend of beard grooming is on the rise with commercial brands catering specifically to Sikh population, the fact that Sikh boys trim their beard is their primary concern.

This not only contributes to lower sales of these brands but adds to the larger problem of the loss of a rich culture, which is essentially symbolic of self love and contentment.

Having a unique style quotient =

are still responsible for having a relatively small part of today’s urban Sikh population which keeps a beard and sports a full head of hair.

Celebs and famous personalities like Canadian politician Jagmeet Singh or model Waris Ahluwalia have confidently carried their bearded look and have set examples for the Sikh youth to feel confident in their skin and love their natural appearance. 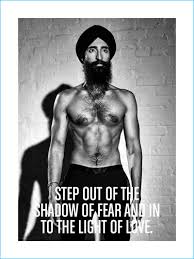 Or how Manak Singh is the only keshdhari (does not cut or trim his hair) Sikh model for GQ in India. 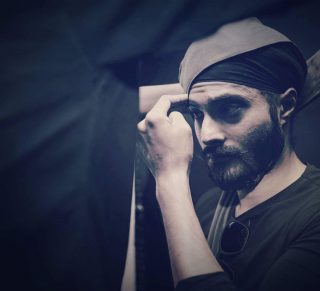 Although there are silver linings to combat this dark cloud which continues to persist and leads to dwindling numbers of India’s Sikh population, the country and the rest of the world needs a more holistic approach to be practiced from basic schooling level to sensitize kids and Sikh boys especially about cultural boundaries and loving oneself as they are.