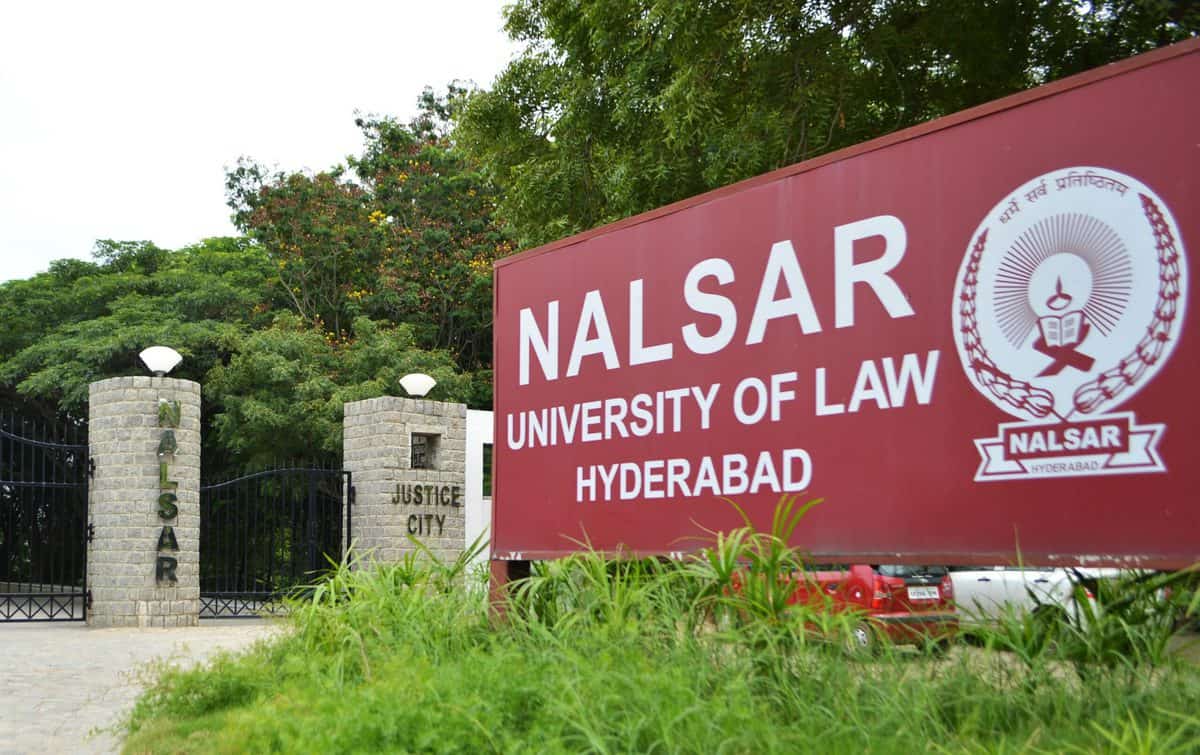 The NALSAR University (National Academy Of Legal Studies And Research) is one of the most esteemed law universities of Hyderabad.

With its aim to sustainably develop a society with systematic law and order, it is well known for the warmth and liberal ambience they give to anyone affiliated with it and it can be seen even more vividly during these dreadful times.

What NALSAR is doing to deal with academics during the pandemic?

NALSAR is not only giving online lectures but even YouTube live sessions, audio recordings and PPTs to keep things interesting. The Vice-Chancellor Professor Faizan Mustafa was even prepared to courier audio lectures and learning materials but in light of complete lockdown the plan had to be abandoned.

Recently, via an email the students were graced with free internet so that their studies aren’t hampered. The university not only took care of its students but also noted the difficulties faculty might face and they too were given the privileges of free net and early payment of salaries even for outsourced staff. 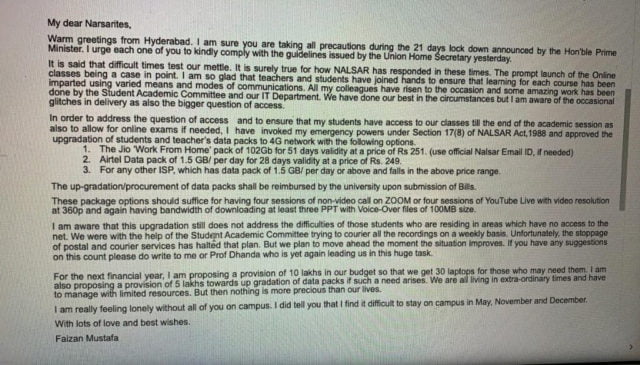 The following 4G data packs are given to students and teachers:

Any other ISP which provide same services will also be included. The university plans to refund the bill amounts to students.

The plans will be valid till 20th April, by then it plans to finish its syllabus for the semester.

NALSAR also plans to take examinations in the first week of June itself. The decision was taken with unanimity after the proposal of having online examinations was refused by the students and in accordance with UGC advisories. 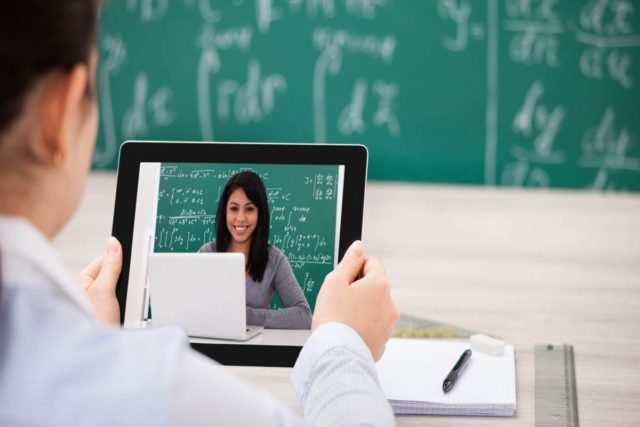 What other universities are doing?

Other universities around the country have also taken some steps to work around the lockdown situation that is going on. NUJS, the National University of Juridical Sciences of Kolkata received a petition from around 86 students against having online examinations but the administration wasn’t very open to the alternative suggestions given by the students or any kind of adjustment.

At the end the Vice-Chancellor of the college agreed that those who can’t give online examinations can give it later in an offline mode as many students don’t have access to laptops or internet connections. SVKM (Shri Vile Parle Kelavani Mandal)’s NMIMS (Narsee Monjee Institute of Management Studies) in Mumbai have postponed their examinations without any definite decision of when and how.

On the other hand, Symbiosis International University’s institutes in Pune have terminated end of term examination and adopted continuous evaluation instead, not wanting to increase the stress for students and their families. The continuous evaluation process was inculcated in the university 10 years ago which has helped them with any situation that warranted cancellation of the exams.

Every student right now is getting a taste of distant learning but is probably filled with remorse for not being able to attend college. The lengths the administration of NALSAR is prepared to go to for their students is the kind of gusto students require from all universities and schools right now.