Home ED Originals LivED it My Experience At The Vamps Concert In Mumbai: I LivED It 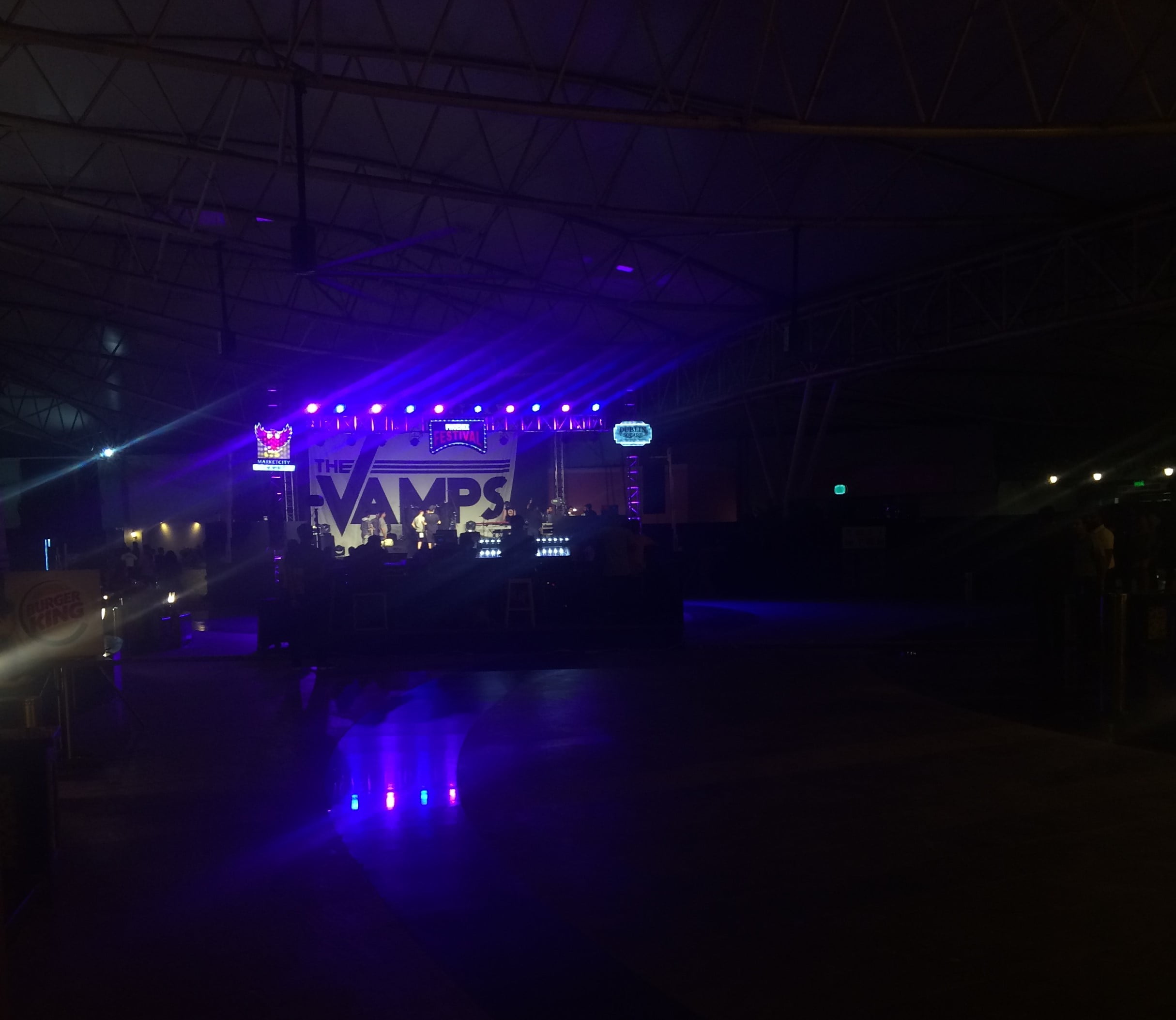 I clearly remember getting a call from one of my friends on the 8th December 2018, asking me whether I would be attending the concert of The Vamps in Mumbai on the 27th of October, 2018.

Clueless about the news of this concert, I hurriedly logged into my account on ‘Bookmyshow’ and confirmed a ticket priced at Rs.944.

The concert was to be held at Dublin Square at Phoenix Market City, Kurla as a part of the Phoenix Festival.

Though it might seem as if this happened a long time ago (for it is now been a year since the concert), the buzz you feel after you have attended a concert, never dies.

With ecstasy filling the air, my sister and a few of my friends decided to attend the concert together. There was a healthy discussion on the members of the band – Tristan Evans, Bradley Simpson, Connor Ball and James McVey, during the weeks before the concert.

What was concerning about the day of the concert was that there wasn’t any specific seat booking – it was almost like ‘first come first serve’, which meant that all of us had to reach there much before the concert was to begin so as to be standing right in front of the stage.

Also Read: BTS WORLD Is Out, Here Is The First Look Of The Game: We LivED It

On the day of the concert, we left for Dublin Square at 2:00 pm and reached around 3:30 pm (two hours before the concert began).

On reaching, we were informed that the tickets hadn’t even arrived; we decided to stand in queue irrespective.

At around 5 pm, we could hear Tristan play the drums as a part of the rehearsal.

As this was my very first concert, the adrenaline rush in my body was at its peak.

Everyone waiting in line was given glow in the dark sticks for to wear around our wrists.

The concert was to begin at 7:30 pm; however, due to the delay in the arrival of the formal passes, we got our hands around the wrist band at 6:20 pm.

On acquiring the wrist band, my friends and I ran (literally) towards the entry that led to the concert ground. Much to our disappointment, we were asked to form a line there as well and wait for a little more time. 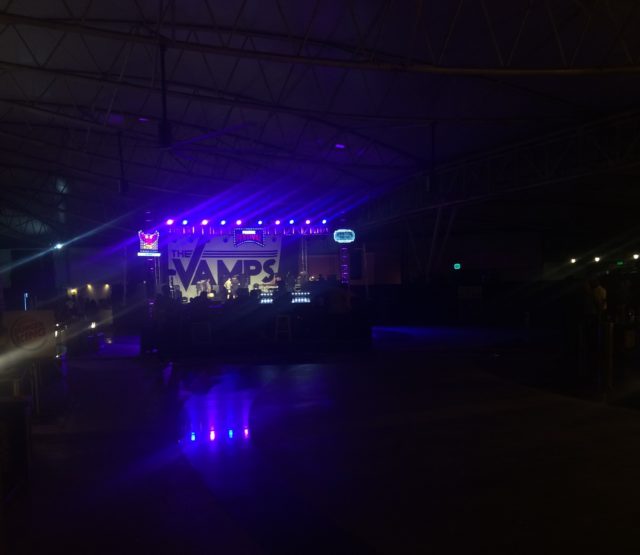 I happened to be at the front of the line, peeping into the area time and again, hoping to spot the band.

I did succeed in spotting them clicking a photo with selected fans. I squealed at the sight of Tristan Evans for he happens to be my favourite member. 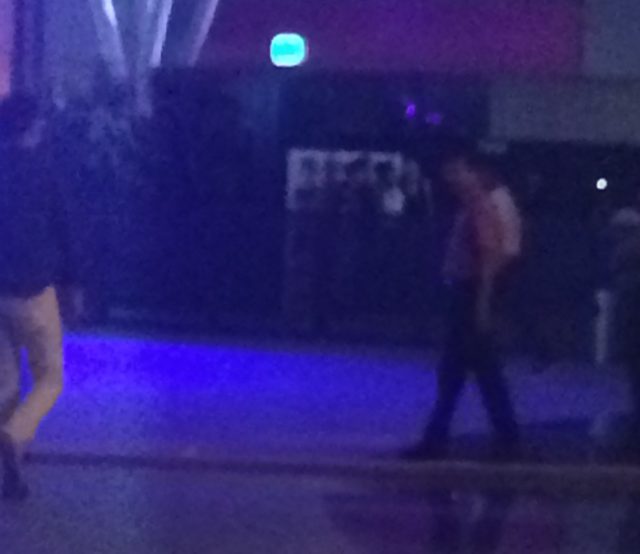 There were a few opening acts before Tristan Evans blessed the audience with a drum solo.

The following clip does justice to the euphoria we felt at the concert grounds.

Halfway through the concert, there seemed to be a technical error, but Bradley Simpson handled the situation with such ease saying, – “You like being too loud, you’ve blown the speakers, you’re just too awesome, stop it Mumbai”.

I couldn’t have been any luckier to have attended my very first concert and had the opportunity to stand right in front. 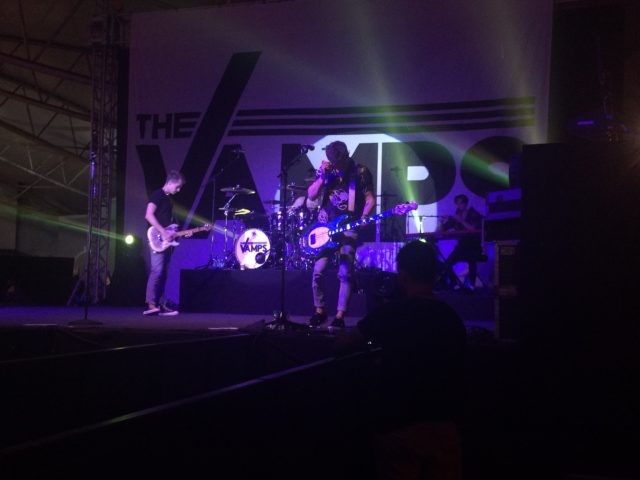 The energy in that small space was close to infinite, with people walking in with their expectations high and walking out of the concert ground, satisfied. 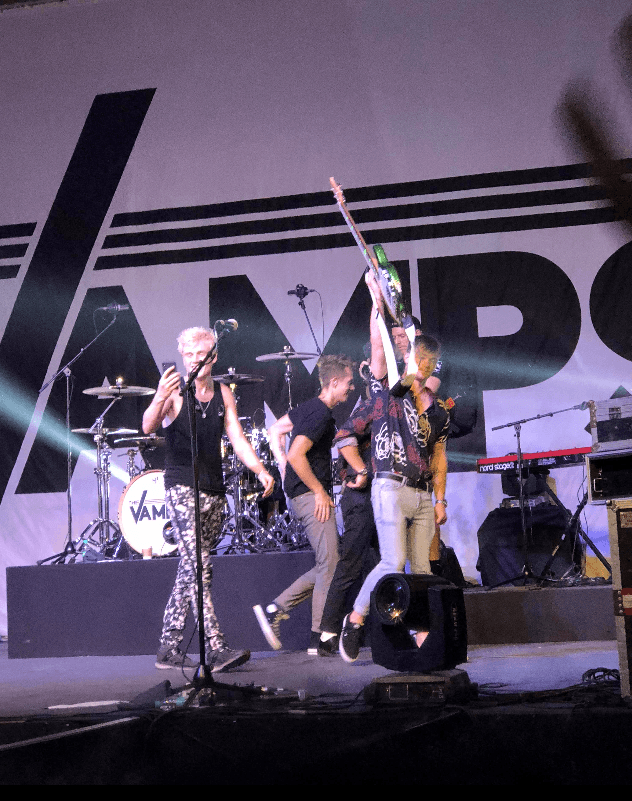 During the course of the concert, it had come to our notice that Ananya Pandey was present there as well. My friends and I wished to have met her in person but alas the place was so crowded, one couldn’t even move.

A little organization would have made this concert perfect, the committee in charge of handling this concert, seemed to have failed at keeping up with the level of expected organization.

None the less, The Vamps boost the energy of the audience to a point where everything else seemed to take a backseat. 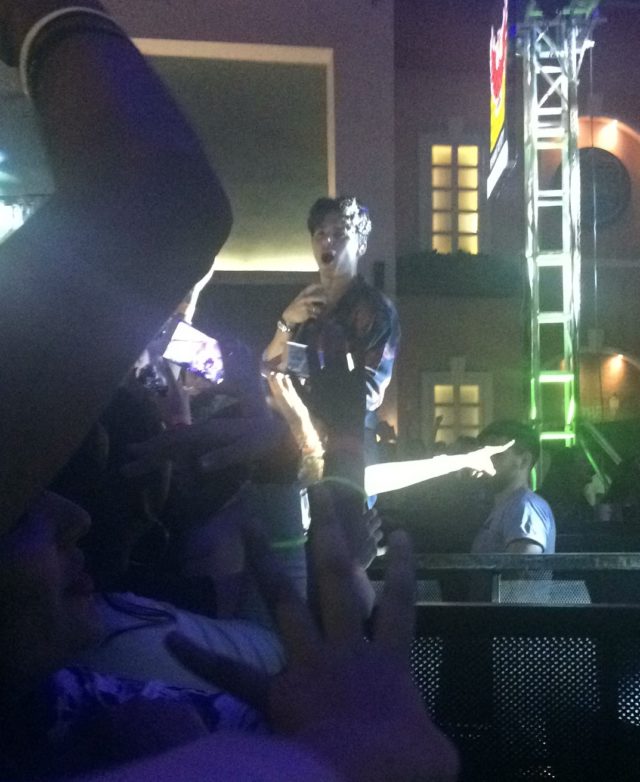 What was amazing about this concert was that, I made immediate friendships with people in the crowd and continue to keep in touch with them even today. The comfort level that filled the crowd is desirable.

Though exhausting, concerts are worth all the ‘pre-concert stress’, the money and time.

My First Ever Concert Was The Last One Of BTS Love Yourself World Tour In Bangkok: I LivED It

The most essential drug to overcome any disease is Health – Dr A Sreekumar,...

Reviews Brand Voice - August 11, 2022
August 11: When we think of having a disease, we think about medicine. But many people don't realize that when you invest in wellness,...

Reviews Brand Voice - August 11, 2022
August 11: Weight Loss seems impossible for many; a lot of people can get away with anything they eat and stay slim. There are...