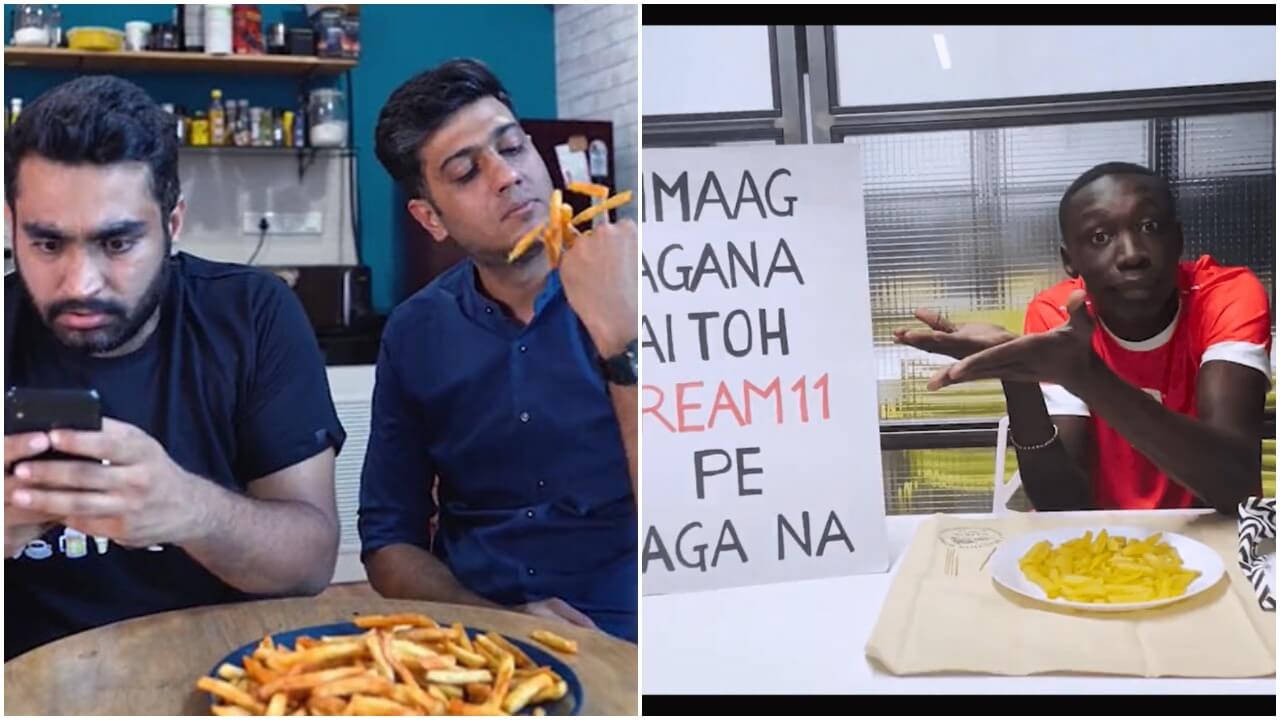 There is no denying that people on various video-based social media platforms, often tend to do things in outrageous manners, complicating everyday tasks just turn around and do them in a bizarre manner. To them, the internet had one name to give, Khaby Lame.

Khaby Lame is a known name now across social media as someone dissing people on TikTok and other platforms who unnecessarily do normal things in a crazy manner just for views.

He is often used in TikTok videos, Instagram reels, YouTube shorts and more with people either dueting with him, or collaborating with him to mock other attention-hungry videos online.

So it was certainly a surprise when his first Indian brand collaboration came out, with Desis not able to contain their excitement over it.

Khaby Lame, the 21-year-old Senegalese man went viral for reacting to videos that seem to complicate everyday activities and doing them in an obvious and straightforward manner. His signature move of raising his hands and shoulders and pointing at what he did with a deadpan expression went viral online.

Apparently, he has not spoken a single word in any of his videos, just doing the actions and making his signature move at the end were enough to make him the darling of literally everyone online.

Recently, Khabane Lame even became the second most followed person on TikTok in the world with over a 100 million followers. He did all this in an incredibly short amount of time since he’d started to make TikTok videos just last year after the world went into the coronavirus pandemic.

Now Lame has even collaborated with his first Indian brand, Dream 11. Also featuring Viraj Ghelani, the video shows him and his friend with the latter using toothpicks to pick up french fries. Reacting to this Ghelani calls him Khaby who then shows how to simply use one’s fingers to pick them up and eat them.

The camera then pans to a placard with the line ‘Dimaag Lagana Hai Toh Dream11 PeLaga Na,’ which is a sentence in Hindi meaning if you have to apply brains then apply it on Dream 11.

According to sources, Lame has a net worth of $2 million and as per a New York Times report charges an impressive $50,000 for a paid collaboration on TikTok, allegedly making around $200,000 per month.

There were a lot of people who commented about this on social media. 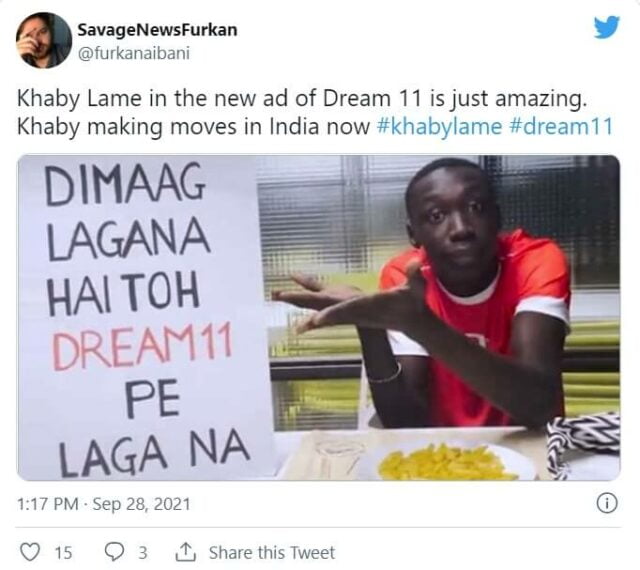 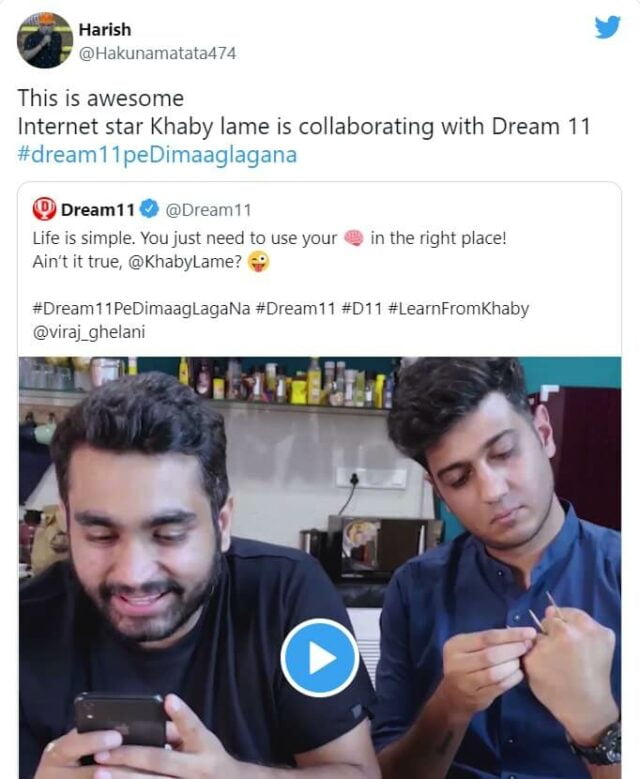 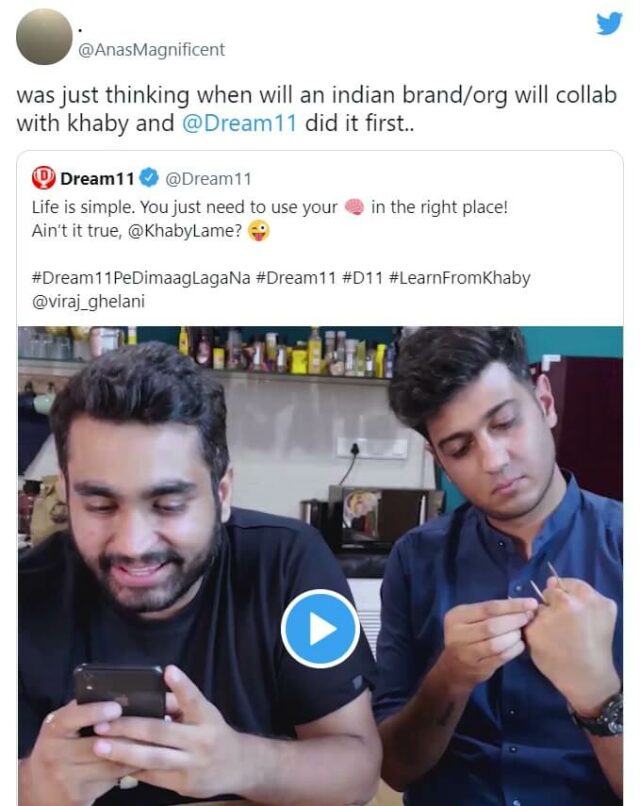 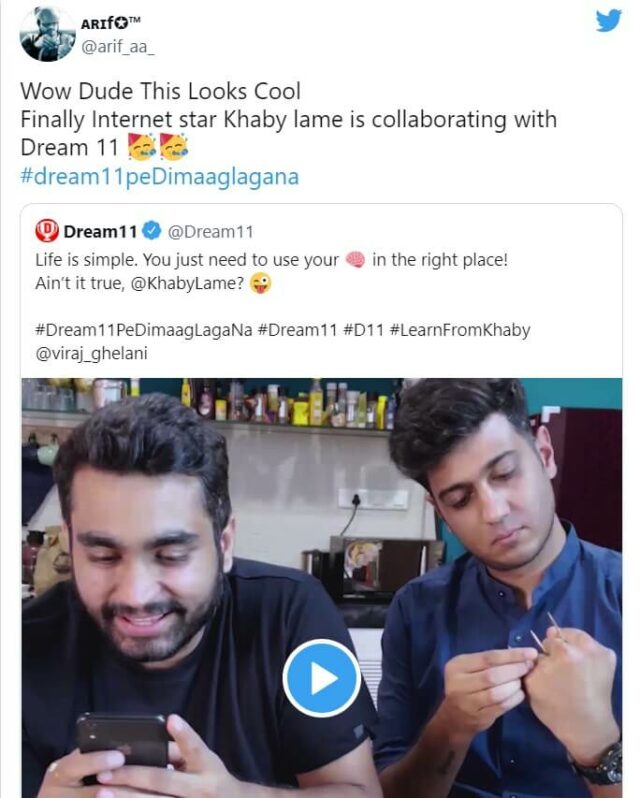 Let us know in the comments below what you think about this.

What Exactly Makes A Thing A Part Of Popular Culture?