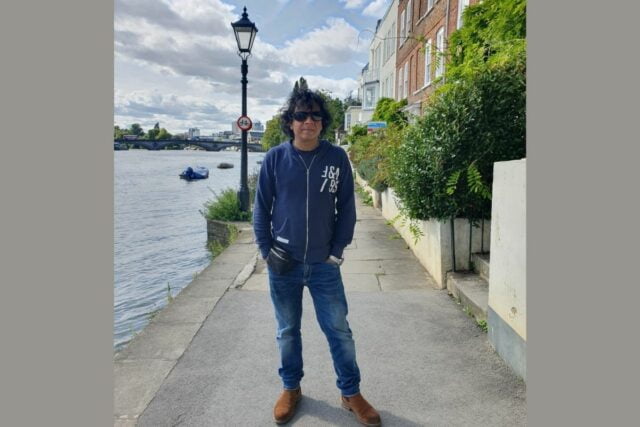 September 1: Some songs or melodies are so close to us that no matter where you are, you’ll instantly drop everything to sing along. People forget about these songs, but the magic remains as soon as people hear them. It takes them back down to memory lane.

Vinay Ram Tiwari, Business Head of Mac Music, believes, “I am not against the recreating the tracks, but the tracks being recreated are already trendy composition. He strongly points out the shortage of magical compositions and soulful writing, But investing in melodies and superior lyrics can lead towards a very bright future for the music labels.

Based in London and operational globally, Mac Music is a bridge between past and present. Vinay Ram Tiwari’s Mac Music is his dream venture, and the business operations are purely based on the motto of public engagement. Vinay Ram, himself a composer, comes from an Indian classical musician’s family and worked in many films like Tum Bin, Chor or Chand, Hum tumahre hai Sanam etc. also worked with many renowned singers like lata Mangeshkar, Ghulam Ali sahib, Rahat Fateh Ali Khan and many more vows to bring back the long lost melodies to everyone through his work and operations at Mac Music/ Mac Global Media.

Mac Music is the label and channel solely for people with a voice and people having diverse choices in the music. Mac music is also planning a new era of music with Ghazalz, semi-classical, Pop Albums. Etc. The idea of Mac Music is to help people relive the glorious past of Bollywood and bring to them the same emotions that once made the Bollywood music industry one of the best in the world. Music is the food for the soul. Mac Music believes that the soul deserves the right kind of food such that it grows efficiently, and what better than classic melodies.

A lot of humble thought is behind the operational activities of Mac Music. Vinay Ram says, “To my understanding, any venture should have a strong “why.” Is that to serve personal or societal purposes, and if the aim is greater wellbeing, then how is that aim being fulfilled.”

Guided by these aims and values, Mac Music is planning to release yet another soulful music that will bring back the vigour and passion of yesteryear to the new generation.

In the end, Vinay Ram Tiwari says, “Mac Music only aims to create something original, to put up with the impression in the industry which can never fade away.”

Lifestyle Jimil Shah - September 11, 2021
During mid-June every year, Jains all over the globe start an almost 120-day fasting period of prayer and penance, they call ‘Chaumasa’. During this...