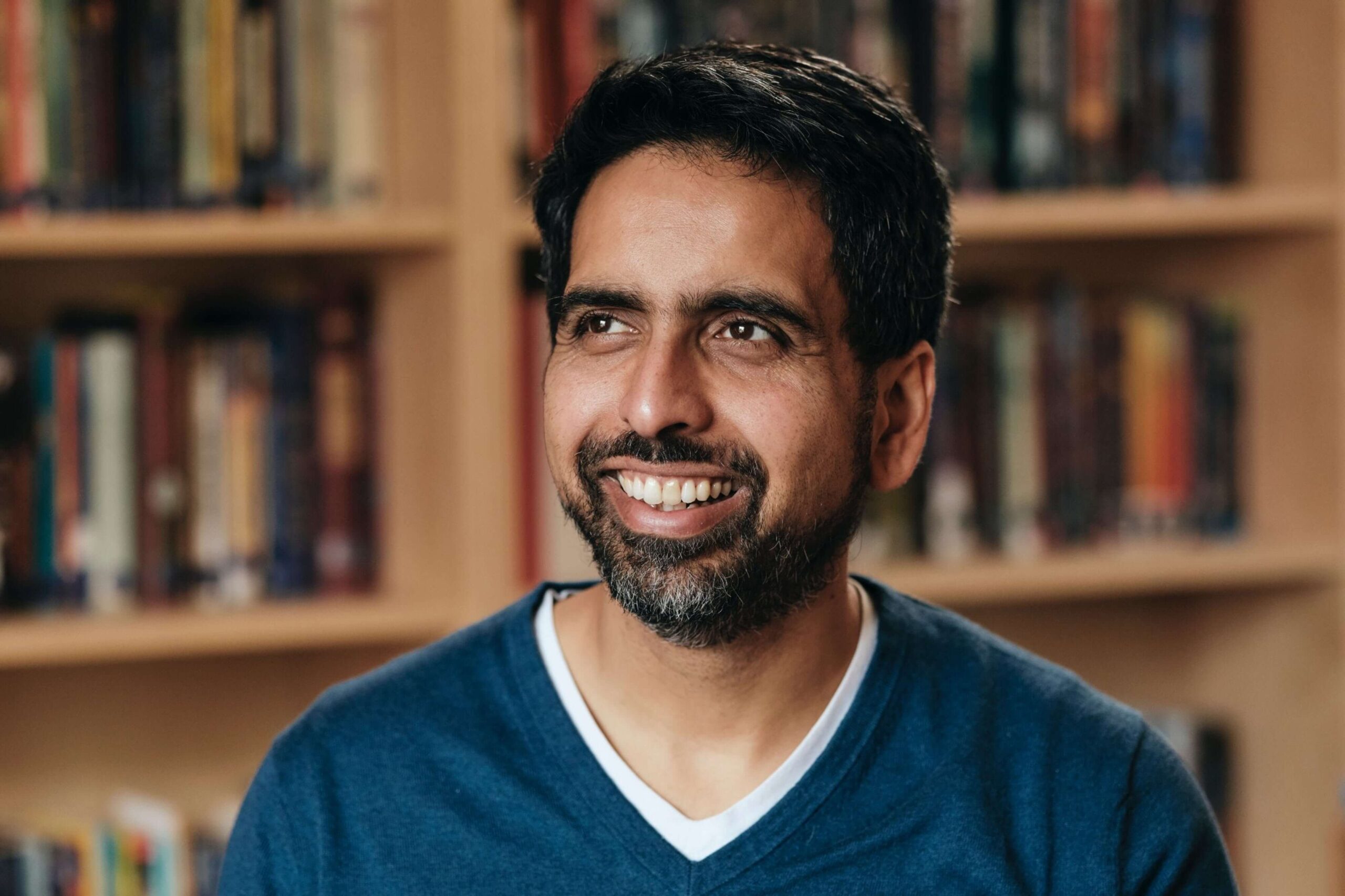 It was in 2004 when an idea struck in Sal’s mind for teaching his cousin over the internet across the globe, using Yahoo! doodle to teach her lessons for mathematics.

Soon, the demand for his tutorials went up from his relatives and Sal decided to put them on the internet by making a YouTube page in 2006. Khan Academy then quickly gained popularity.

Salman Amin Khan, who is also known as Sal Khan today, was born in New Orleans, Louisiana, on October 11, 1976. His parents were immigrants—his mother was born in Murshidabad, India and his father comes from Bangladesh, which was East Pakistan back then.

Khan, who has always had a bright mind, attended public schools in Metairie, Louisiana. Sal had a great interest in maths and therefore he studied upper-level mathematics courses at the University of New Orleans.

He started achieving great things at a young age, while he was in high school he worked as a cartoonist for the school paper, took extra courses, and became the valedictorian in 1994.

He then enrolled at the Massachusetts Institute of Technology, he studied mathematics, engineering, and computer science there. He also became the class president in his senior year. After graduating from MIT, Khan was able to get into the prestigious Ivy League university, Harvard.

At Harvard Business School, he got his degree, a Master of Business Administration. He took a job as a financial analyst once he completed his graduate studies.

Salman Khan then left his job as a financial analyst in 2009 and started focussing on creating tutorials full-time and formulizing growth for his brand, Khan Academy, with the help of his close friend.

His videos received worldwide interest from both students and non-students, with more than 458 million views in the first number of years.

Khan Academy eventually came to be known as the nonprofit organization that aimed at providing free, world-class education for anyone, anywhere. Indeed, it was way ahead of its time, considering how we all have shifted to an online mode of education now.

As a nonprofit, Khan Academy relies on donations and earned revenues. The Bill & Melinda Foundation, as well as Google, has donated millions for the creation of new courses and translations. Other companies, individuals, and philanthropists also donate generously for the cause of accessible education.

He also published a book about Khan Academy and education goals titled ‘The One World Schoolhouse: Education Reimagined’ in 2012.

In the same year, he was listed among TIME’s 100 Most Influential People.

After the successful establishment of Khan Academy, Salman even started his own school in Mountain View, California named “Khan Lab School” which is associated with Khan Academy in 2014.

He won the Heinz Award that year, followed by the Shorty Award for Best Education in 2016.

Yuri Milner, physicist turned venture capitalist who was an early investor in Facebook, Twitter, and Groupon, called him the first superstar teacher. A title, rightly earned.

Also Read: How A Street Kid’s Love For Learning Started An Educational Initiative In Bihar?

Why Khan Academy Is Special

Education is our fundamental right, but not everyone has access to it. Many economic, social, or even political factors can act as barriers to education.

Khan Academy has tried its best to make education as accessible as possible.

20 million students use Khan Academy every month to gain knowledge and understanding from teachers from all around the world for free. The tutorials, videos, and lectures in this online learning platform can be viewed from anywhere in 46 different languages.

There is a team of 200 content experts and 150 teachers all around the globe behind Khan Academy. The videos are available in several languages, with almost 20,000 subtitle translations available, further removing the barrier of language to education. These translations are obtained through help from international partnerships.

“As a former classroom teacher, I appreciate the ease with which teachers can use Khan Academy to enhance their lessons and provide extra practice when needed. As an adult with an interest in lifelong learning, I’m also impressed that Khan Academy offers a university-level curriculum, test-prep, and life skills classes,” said Kelly Lyn, on Mashable.

For younger students who are under age 7, Khan Academy offers ‘Khan Kids’, a free app that provides learning games and a featured channel only for kids.

Khan Academy partners up with school districts to provide content for easy and good quality education especially in districts with students who are a minority in America.

In India too, Khan Academy launched its third edition of the LearnStorm initiative.

Khan Academy In The Pandemic

It was during the pandemic when Khan Academy reached 1.8 billion views on YouTube.

Sal said in an interview, “Traffic has increased significantly to the Khan Academy websites, and new registration by parents is 20 times higher than normal.”

Due to the pandemic, many schools were closed and we all had to shift to the online more for education. This will continue for at least the first half of 2021.

“When the closure of schools began all over the world, it dawned upon us that we needed to step up since people would require continuity in learning, as a trusted, quality education wouldn’t be quite accessible due to the lockdown. So, we started stress-testing our server capacity, organizing webinars for teachers and parents and putting out daily schedules which would help close the potential gaps post the covid phase,” said Khan.

Sal was aware of the needs generated by the pandemic and introduced more detailed tutorials and home learning videos for providing extra support during the pandemic.

Khan Academy even tied up with more than 100 public school districts to respond to the unprecedented demands of the pandemic.