Home Lifestyle Kanwariya Hooligans Destroy Cars And Stop Traffic In Delhi: How Is This... 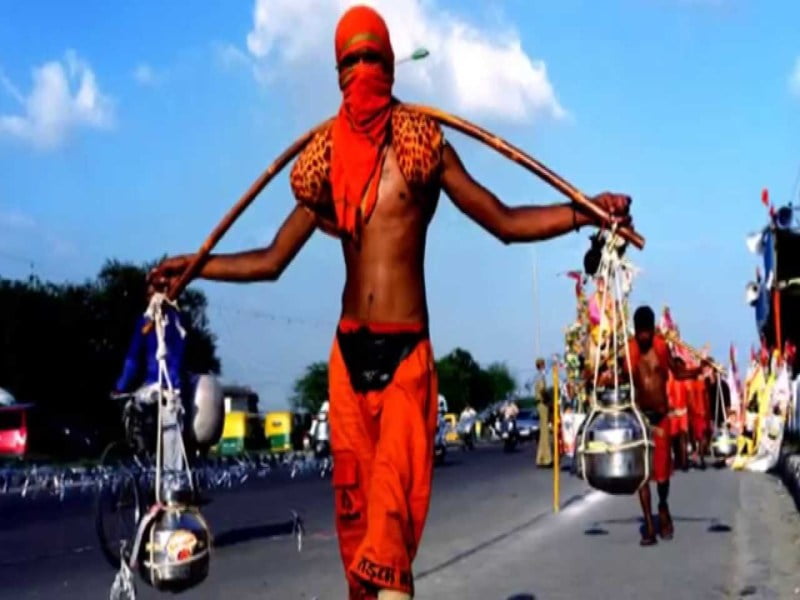 Recently, videos were put up on Facebook showing Kanwar Yatris openly destroying cars by hitting it repeatedly with a stick and even overturning it. The incident took place in Delhi’s Moti Nagar Area.

According to MensXP, the incident took place after the car brushed past one of the Kanwariyas who was walking in the middle of the road. The driver fled the attack.

The video shows these men cheering after they have overturned the destroyed car and a lone policeman standing on the side, not intervening. A long traffic jam can also be seen behind the scene of this incident.

Also Read: Political Violence Is The New Normal In Kerala, The God’s Own Country

Who Are These People?

Kanwariyas are devotees of Lord Shiva who complete a journey to Haridwar, Gaumukh, and Gangotri to fetch the waters of the Ganges.

The Kanwar Yatra is a huge community effort. Roadside tents are organized by locals to provide refreshments to these travelers. Special arrangements are made by the police to ensure the smooth flow of this massive group of people.

The entitlement gets to the head of these kanwariyas. They drive rashly on busy roads blatantly ignoring traffic rules, their movement chokes up the traffic in the city and leads to long snarls and slow moving traffic, and they blare loud music that is not remotely religious.

The disturbance that this creates for the residents is swept aside in the religious fervor and the hangover of respect that has been carried over from the earliest Kanwar Yatras when people actually traveled long distances on foot.

While some still do, a majority does it via bikes, trucks, and buses. The culture of respect emanated from their physical labor and dedication. That is now gone, yet the culture remains. And the Kanwariyas know it very well.

Kanwariyas act as if they own the city, as can be seen in this incident with the car. This is majorly because their blatant rule violations are never prosecuted by the police. Their special status apparently gives them an exemption from the law. How is this possible?

Whether this is in fear of blowback from religious organizations or violent acts by the Kanwars themselves, we may never know.

All that we do is that this religious exercise ends up being more of a menace than anything else.

Who Will Really Pay The Price Of The Ram Rahim Violence?