Home Social Opinions Kangana Gets Into A Twitter Spat With Queer Activist Priyanka Paul Aka... 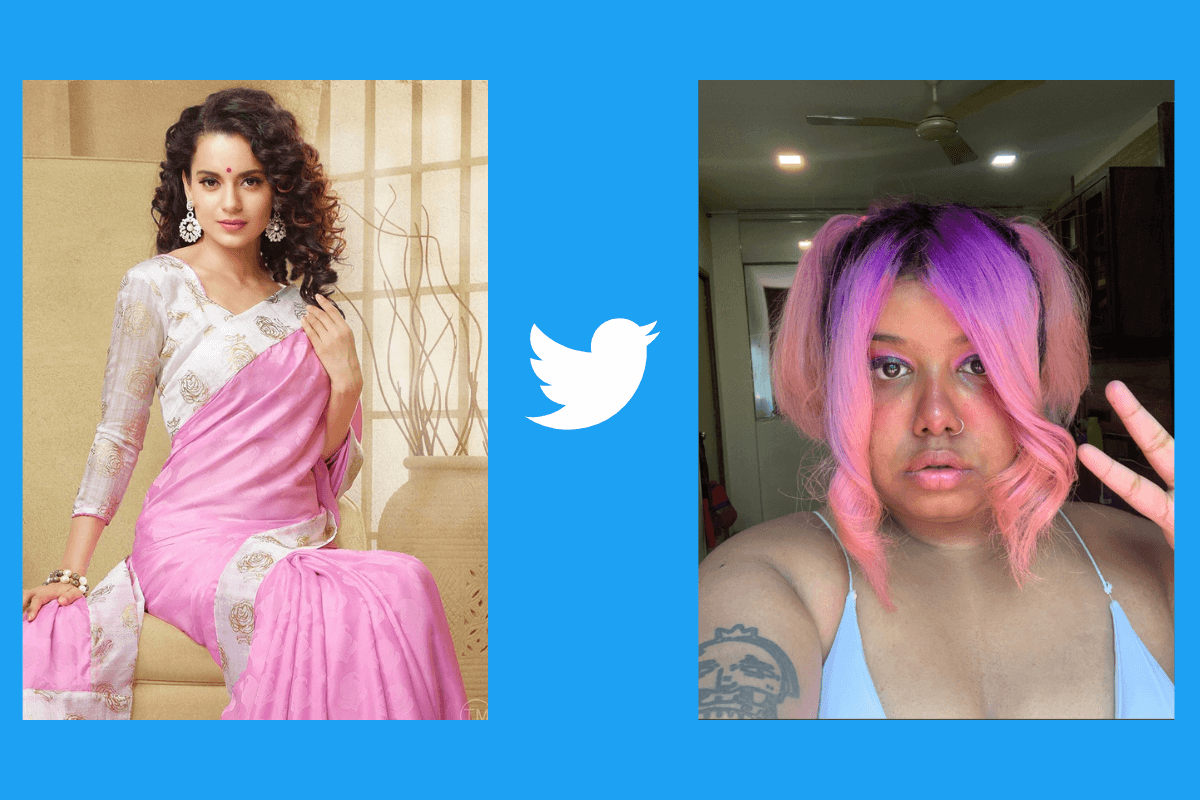 What do you call a 33-year-old Padma Shri recipient who invalidates an individual’s lived experience and fights with them on Twitter?

Priyanka Paul recently retweeted a tweet which was about the struggles of people dealing with mental health issues and to assure them that it is common to feel in a certain way and that they are not alone in this battle.

Also Read: A Debate With An IPS Officer Ends With The Suspension Of True Indology Account; Twitter Furious

How Did It Start?

Recently, a decorated IPS officer from Karnataka, D Roopa Moudgil, got into a Twitter argument with the Twitter handle @trueindology, an account dedicated to debunking myths about Indian history. The argument was over the origin of firecrackers, after which the Twitter account of @trueindology was suspended.

A section of Twitterati came in support of @trueindology, and thus #BringBackTrueIndology started trending. Some even speculated that it was a classic bureaucratic move to get the account suspended.

The ‘Queen’ Kangana Ranaut also came in support of @trueindology and called IPS Moudgil a ‘side effect of reservation’ in a tweet.

To that tweet of Kangana Ranaut, Priyanka Paul replied:

Side effects of being an entitled sanghi savarna, when unworthy and undeserving gets the power they don’t heal they only hurt, I don’t know anything about her personal life but I guarantee that her frustration is stemming out of her incompetence #KanganaGetOffTwitter https://t.co/yO3YD56cvI pic.twitter.com/3SFKHJZweU

This triggered Kangana Ranaut, who deemed it fine to attack a 22-year-old queer activist on Twitter.

Twitterati’s reaction was divided. Some people were disappointed with Kangana’s choice of words and her stance on mental health. Others were also disappointed in the fact that she invalidated an individual’s lived experience.

Kangana is who ya'll rally behind?! Seriously.

Someone who's constantly spewing hate and has belittled mental health (not her first time, mind you) and picked a fight with a twentysomething on Twitter?!

This is the lowest of the low. pic.twitter.com/8oF4ceTqOL

There were some people, mostly fan pages, who agreed with Kangana’s advice for Priyanka and further trolled her.

Indeed your cuteness is world famous…
I think you can be miss universe if you give it a try….

People with privilege like Kangana must realise that they have the power to influence and should use it to create awareness and amplify existing issues rather than to belittle other people for their experiences. We must thrive to make the internet a safe space for everyone.