The Punjab legislative assembly elections of 2021 are round the corner. The present government under the leadership of the Congress leader Captain Amrinder Singh is putting in all its efforts in appeasing the Punjabi population.

Other political parties contesting elections, like the Shiromani Akali Dal, Aam Aadmi Party and Bharatiya Janata Party are also gearing up for the upcoming elections.

While the elections aren’t far from sight, the farmer’s protest and agitations against the BJP-led union government are a setback for the ruling party.

In addition to that, BJP’s age-old ally SAD has also discontinued its relations with BJP, making the situation more difficult for them. While these problems already exist, the Bhartiya Janata Party and the people of Punjab may also be facing the issue of Khalistan in the upcoming elections.

Back in the 1980s, Punjab wasn’t as peaceful as it is currently. There was a rampant insurgency in the state. The Sikh nationalist movement, which was demanding for a separate Sikh state namely Khalistan, was dominantly influencing the public.

These groups were led by Jarnail Singh Bhindranwale who conspired against the Indian government and initiated several violent attacks against them.

The acts in furtherance of the movement included the bombing of Air India’s flight 182. To end the movement, Operation Blue Star was launched in 1984. The operation ended with the death of Bhindranwale and bloodshed in the Sikh shrine, Golden Temple.

Agitated by it, the Sikh guards of the then Prime Minister Indira Gandhi killed her in cold blood and led to the start of the infamous anti-Sikh riots. 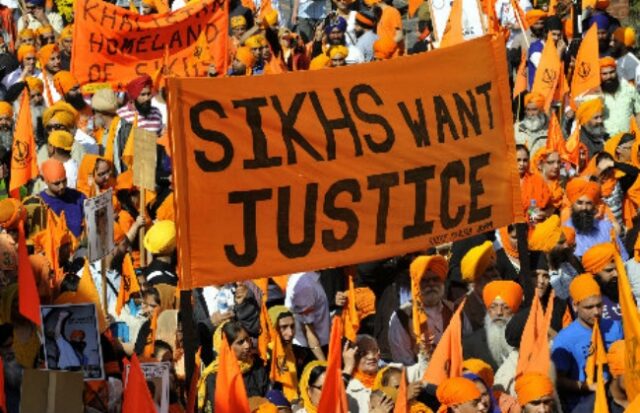 No talks of the Khalistan movement were made for a long time after the riots. However, now and then, especially during the election season, the propaganda emerged and was exploited by several political parties.

In the 2017 elections, Khalistan-movement leader Harminder Singh Mintoo escaped the Nabha jail. Though he was re-arrested within days, questions of the re-emergence of the Khalistan movement in Punjab was raised during the elections.

As the elections are knocking on the doors of Punjab once again, is the movement regaining momentum?

Read Also: Is Terrorism Knocking The Doors Of Punjab Once Again?

The referendum was to start in 2020 but was deferred to 2021 and this is likely to affect the elections and the public peace in Punjab negatively.

Apart from this, in 2020, a famous anti-Khalistan worker and Shaurya Chakra awardee, Comrade Balwinder Singh Sandhu was shot in cold blood in Punjab. In other incidents, the Khalistan flag was hoisted time and again at several places in Punjab.

While the incidents were brushed off by saying that they were works of miscreants, political parties didn’t stop from finding a political angle. BJP alleged that ahead of the elections, the Khalistani movement is regaining momentum in Punjab. 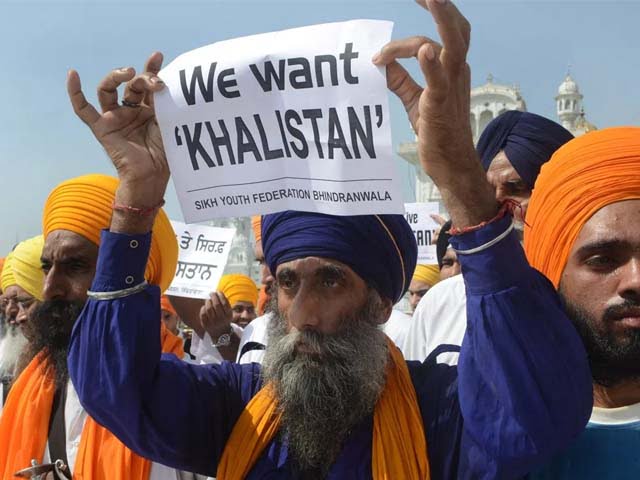 While these allegations could’ve been called baseless, according to a report by the Macdonald-Laurier Institute titled “Khalistan: A Project of Pakistan”, the movement has accelerated after 2018 and is getting funding from India’s enemy and neighbour, Pakistan. The report also stated that the movement is against Canada as well.

The testimonial to these reports and assumptions are the facts and sightings of 2021. The Sikh for Justice foundation had announced a USD 250,000 reward for Punjab farmers in January 2021, in exchange for hoisting the Khalistan flag at India Gate.

A flag bearing the image of separatist leader Bhindranwale was also spotted in today’s chakka jam in Ludhiana, further fuelling the rumours of the re-emergence of the Khalistan movement.

Since the 1980s, the Khalistan movement has been a topic of discussion in social and political discourse in Punjab.

The harmony of Punjab lies not in separatism but in unity, which should not and cannot be disrupted by a handful of separatists.