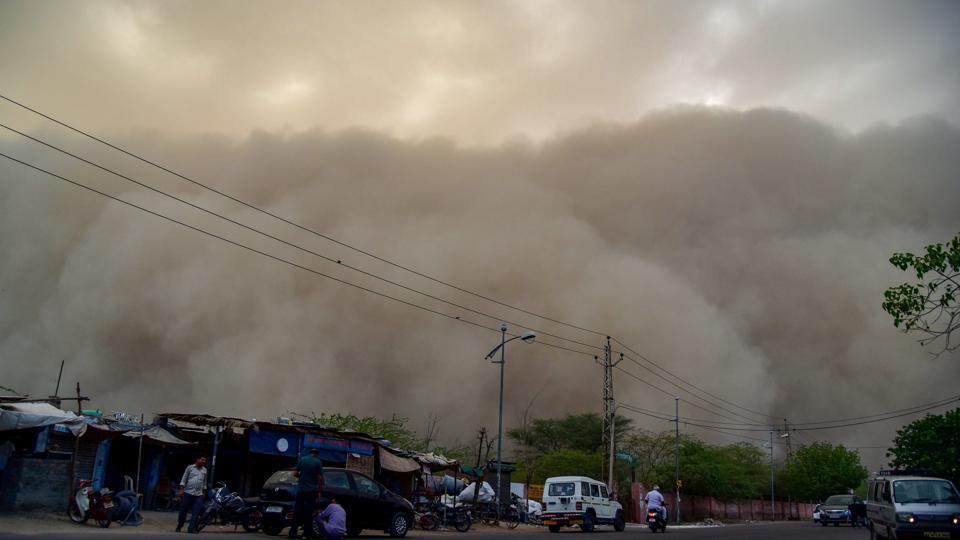 Particles of fine dust staying suspended in air without strong gusts of wind or a fog-like-situation that is static and waiting to choke people by filling in their lungs with dust particles seem to remind the people of North India about the epic disaster that eliminated life on Earth in Interstellar.

Here are some excerpts from Subreddit Ask India that take notice of the scary doomsday-like situation:

Christopher Nolan made sense of the violent dust storms rising like a mountain in the skies that followed the blight damaging viable crops on Earth. What we need to question is the potential of such a phenomenon that could hint at Earth’s future calamity putting human lives in danger.

We haven’t spiraled into the dramatic shrinking of the world economy and the national governments yet. But still, keep looking for such visuals as an intervention to save humanity by reminding how we are solely responsible for the survival of our own species.

The Dust Bowl is a tragedy that plagued drought-stricken Southern Plains of the Prairies of the United States resulting in severe dust storms during a dry period in the 1930s.

Once farmers settled in the prairies, over 5.2 million acres of deep-rooted grass was plowed over.

This led to crushing economic impacts driving many farm families to migration and economic depression.

Are we about to face a similar situation in India?

The Dust Bowl vs Kaali Andhi

Although dust storms are an annual weather pattern in the region, it has intensified owing to a steep increase in temperatures.

Deforestation is one of the areas where we can accept our own fault.  In villages, swathes of forests are cut down and burnt regularly for sowing crops.

The dust-storms (called “Kaali Andhi” in Rajasthan) that start blowing from Rajasthan is believed to be a pre-call to monsoon. The winds change direction due to high heat and low moisture to different areas, making a halt as soon as a particular area receives rainfall.

The change every year is the increasing frequency of such storms and the hazardous volume of dust they carry with them. This means even spending an hour outside can be dangerous for a healthy person.

All the more you need to worry about the spikes in PM (Particulate Matters) and use air masks, purifiers, and nasal sprays!!!

You Can Also Read: In A Welcome Move, NCERT To Have A Chapter On Sex Education And Child Abuse Now

Western disturbances originate in the Mediterranean sea, bringing rainfall to north-western India. Parts of Western Rajasthan have been recording unusual high temperatures clocking in around 113 degrees in Fahrenheit. Cyclonic circulation has added to the intensity of the growing western disturbances.  As the Sun enters the Northern hemisphere, the western disturbance was supposed to rise to the upper latitudes of Northern India bordering the Himalayas but it hovered over the northern plains for too long.

Making matters worse, easterlies or moisture-laden winds from the Bay of Bengal aided the dry winds resulting in a combination of dust storms and thunderstorms.

Are you prepared for a doomsday reprise yet?

You can realize the direct link-up to climate change as you read through what Chandra Bhushan, the deputy director general at the Centre for Science and Environment had to say about the increasing surface temperatures,

“[The] intensity of sandstorms is increasing across the world.

Looks like the earth has taken us by surprise after all these years!!