Home Sports Sportspersons Should Only Follow Sports Rules, Not Religious Diktats, Be It Sania... 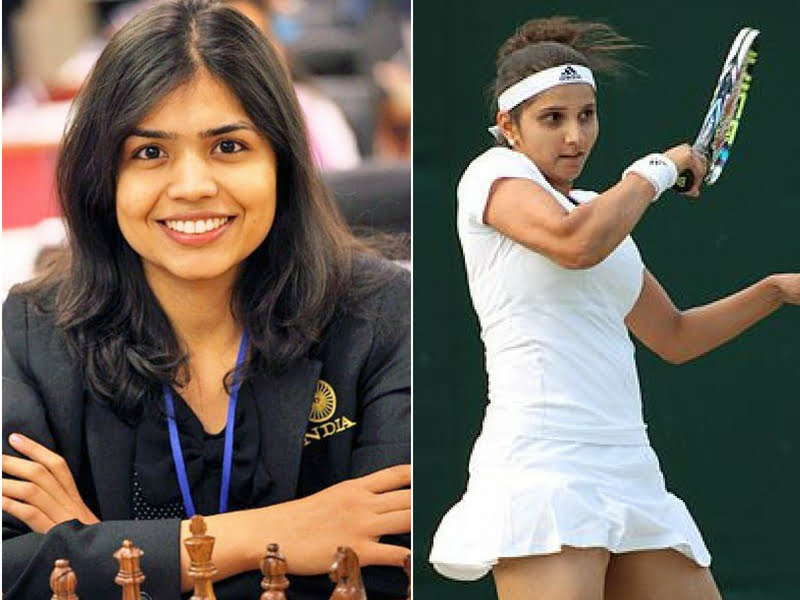 Last week, woman Grandmaster Soumya Swaminathan stirred controversy when she pulled out of the upcoming Asian Chess Championship to be held in Iran. While pulling out of a championship wasn’t the biggest of issues, it was the reason for her withdrawal that caught the attention of the masses.

The 29-year old announced on Facebook that she would not be participating in the tournament as she did not wish to be forced to wear a headscarf or a burkha. This was when all hell broke loose and the debate started on whether it was right for Swaminathan to withdraw from a tournament of huge importance on the grounds of wearing a headscarf.

In Iran, women have to wear a headscarf or a burkha by law, even while playing chess as it does not allow women to display anything other than their face, hands, and feet in public.

While sportswomen competing in Iran have been complying with this law for years, some have raised their voice against it by refusing to participate. Swaminathan was the latest name added to that list.

Earlier in 2016, Indian shooter Heena Sandhu also refused to participate in the Asian Airgun Shooting Championship due to the compulsory hijab rule for women in the country. In 2017, the Iranian Chess Federation banned Dorsa Derakhshani for participating in a championship abroad without the hijab. She was ultimately compelled to play for the US side.

In a much-talked-about incident, in 2005, a ‘fatwa’ was issued by a group of Muslim clerics against Sania Mirza for wearing ‘short skirts’ and ‘revealing tops’ during her matches on the tennis court. The group deemed her tennis clothing as ‘un-Islamic’ and ‘corrupting’.

Haseeb-ul-Hasan Siddiqui, the leader of the group, said:

Women volleyball players have been sexualized by the media for years. The focus is often more on their bodies and their bikinis instead of how they play.

During the 2016 Rio Olympics, BBC labelled a women volleyball match between Germany and Egypt as ‘Bikini vs Burkha’ and faced massive backlash.

In the Middle East countries, female participation in sports has always been treated with a degree of ambivalence. Islamic traditions and practices often come in the way for Muslim athletes.

Human Rights Vs Rules To Be Followed

This is a common conflict, especially when sports are played in countries like Iran, Egypt, and Saudi Arabia. These countries have laws for women that apply even to visiting sportswomen, just like they do to their own women.

“I understand the organizers expecting us to wear our national team dress or formals or sporting attire for our games during official championships, but surely there is no place for an enforceable religious dress code in sports.”

And she is right in saying so. Nobody is asking Muslim women to violate their Islamic tradition. You want to wear a hijab when playing? Sure, go for it.

But it is unreasonable for the authorities to expect other players from different nations with different religious commitments to follow the same dress code.

Asking female sportspersons to wear a hijab is ‘forced’, and as long as it has nothing to do with the sport, it is a clear violation of human rights. All sportspersons have the right to choice and expression which cannot be taken away from them.

As sportspersons are seen as role models to the youngsters, their actions have a lot of impact. Keeping in mind the harassment that one has to face when being forced to wear a hijab or a burkha, Swaminathan’s decision calls for appreciation and support.

What Swaminathan did requires courage as we do not often see women raise their voice against the authorities, especially when the matter starts to get religious.

The former World Junior Girls’ champion withdrew her name without fearing the backlash that she could possibly face from her own federation as well as the Iranian public.

The concerned authorities need to ensure a hospitable environment for women where they can choose what to wear as long as it does not violate the code of conduct to be observed in the sport itself.

As long as players like Sania Mirza and Soumya Swaminathan aren’t violating the rules of their respective sports, they should have the full right to express themselves and their freedom of choice should be observed.

In Pics: Women Of 2018 Who Made Every Indian Proud