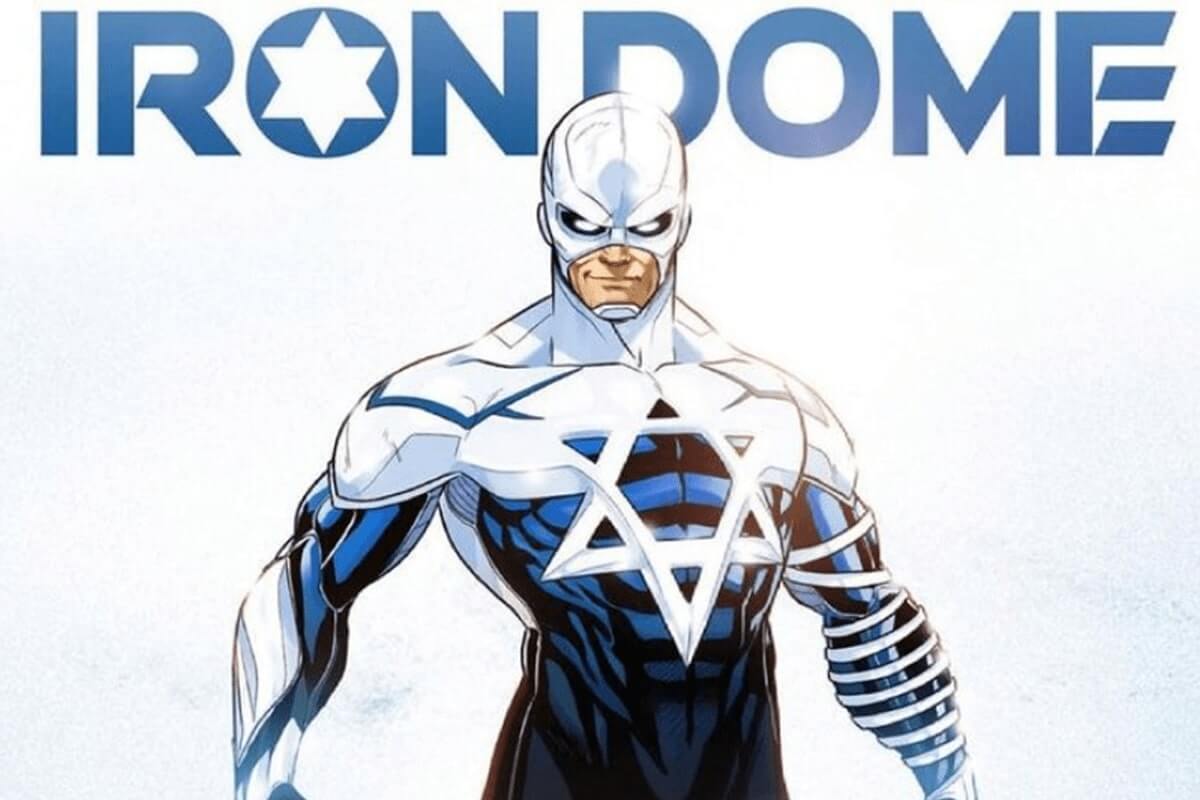 A comic character and a global crisis seldom do hand in hand, however, something along those lines seems to be happening right now. Currently, Israel and Palestine are engaged in an intense and violent conflict that is seriously affecting both the regions and harming their citizens.

According to reports, both sides have launched weapons like airstrikes and rockets and all this news has revealed that Israel has activated its Iron Dome System. It seems this inspired some creators, and a pro-Israeli group called ‘StandWithUs’ brought out a new Israeli superhero, called Iron Dome. The superhero though has received a lot of backlash from people who consider this to be in poor taste given the current situations.

What Is Iron Dome?

Iron Dome is essentially a sort of shield created by the Israeli Forces that protects their airspace. Right now, as per reports, this shield is what is protecting Israel’s airspace from rockets and missiles that the other side is launching at them.

The Iron Dome is a short-range ground-to-air defense system, according to sources, and has a Tamir interceptor and a radar. The radar is what helps Israeli forces to track and destroy missiles that could be entering their airspace.

The air defense system first came into action in 2011 and was developed by Israel’s state-owned arms company Rafael Advanced Defense Systems and Israel Aerospace Industries, with the United States providing around $5 billion to development in 2016.

What Is The Current Conflict?

Around mid-May 2021, the tension between Israel and Palestine continued to rise when the Israeli Army reported that over 1,000 rockets and mortar shells were launched towards Israel from the Gaza Strip.

The Israeli Defence Forces (IDF), as per reports, said that Hamas had fired these rockets and in retaliation, the IDF fired on 500 targets in the Gaza Strip.

According to the Jewish state’s army, 200 of the more than 480 rockets which have been fired since Monday have been shot out of the sky by the system.

This comes shortly after news broke out of a possible forceful eviction of Palestinian families from East Jerusalem by Israeli settlers. Reports also stated how clashes started between the Palestinians and Israeli police when the former was trying to enter al-Aqsa Mosque post-Ramzan.

This resulted in over 300 Palestinians getting injured in the clashes.

What Is This Comic?

The tweet says “Introducing, a new Israeli superhero: Iron Dome, the protector/defender of Israel. We love it! #irondome10.”

The artwork has been credited to an Israeli artist, singer, songwriter, and model called Sarai Givaty Luboschits.

Givaty had recently explained what led to the creation of this superhero in an Instagram post. She stated how she explained to her children about the current situation between Israel and Hamas using this superhero as a way to do so.

She explained the loud noises caused by Israel’s Iron Dome intercepting rockets fired by Hamas as noised that the Iron Dome superhero was making while destroying the missiles. Givaty wants the superhero to be a symbol of strength, victory, and heroism to Israeli children.

The Backlash It Got

However, once StandWithUs posted about this superhero, it instantly got a lot of backlash on both Instagram and Twitter.

Many considered it to be military propaganda and seemed to be in poor taste for those calling out the Israeli military for their actions against Palestine.

Let us know in the comments below what you think about this comic and the superhero design and whether the backlash is justified or not.

Watch: Who Is The Bad Guy: Israel Or Palestine?