The Israel-Palestine conflict has taken a tumultuous turn during the past weeks. Stories of bombings, casualties and destruction have been making the rounds on our timeline and the images have been heart-wrenching. Amidst all these, a story of a Palestinian woman has been doing the rounds on social media.

This story dates back to the uprising in 2014 when around 400 tonnes of explosives were dropped on Gaza over 2 days by Israel.

A Palestinian woman in the village of Bilin, near the State of Palestine’s de facto capital of Ramallah, had been growing flowers in used tear gas canisters collected due to the Israeli clash during their attempts on occupying the West Bank. 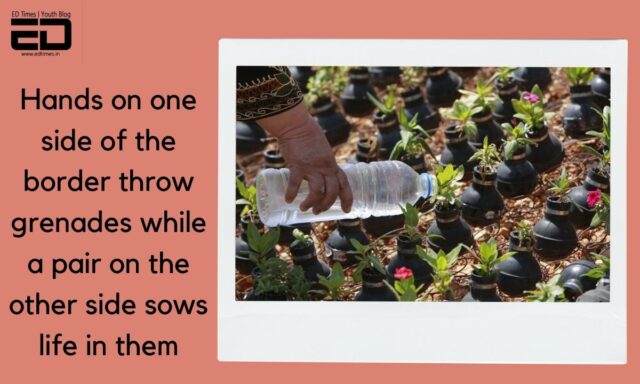 These images work as a poignant symbol of dissent against the armed forces symbolising that every tear gas that killed an innocent human will keep its memories etched via its flowers. 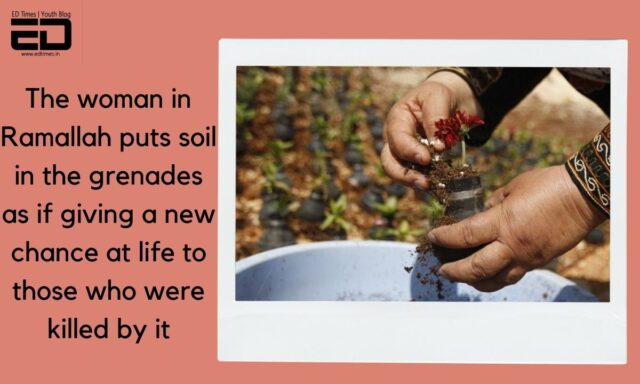 Where on one side of the border, some human hands have been throwing the tear-gases to take the lives of the people, some other hands on either side of the border are planting a new seed of life symbolising a fresh beginning. 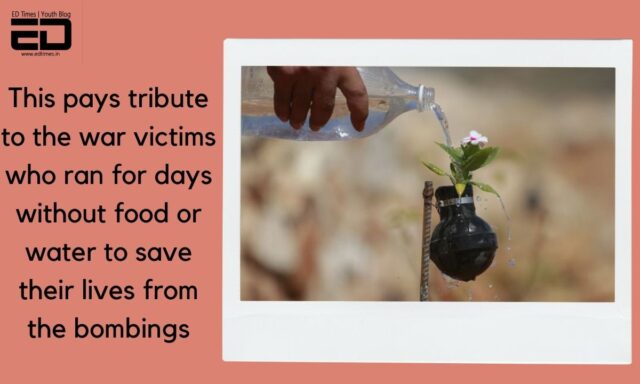 Where several humans, deprived of food and water, run for their lives in the hopes of not getting bombed, the woman watering these plants comes as a slap on the faces of those who have been mercilessly claiming human lives. 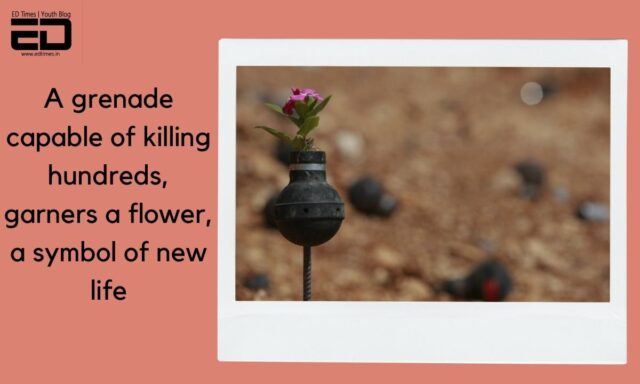 Everything on this planet shapes into whatever forms we humans tend to give it. Something that is capable of killing hundreds is also capable of giving birth to a new flower, a new life. 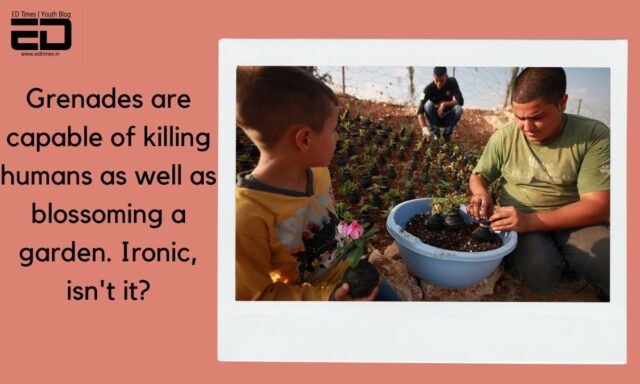 The image stands as a testimony to the fact that a mere picture could make a person smile and wrench their hearts at the same time. How beautiful is the fact that these grenades will one-day blossom beautiful flowers, but did it have to be so many?

One might lose count of the lives lost as the images continue to unfold a history of terror in front of the human eyes.

Also Read- Does Pakistan Want Peace With India Or Not? 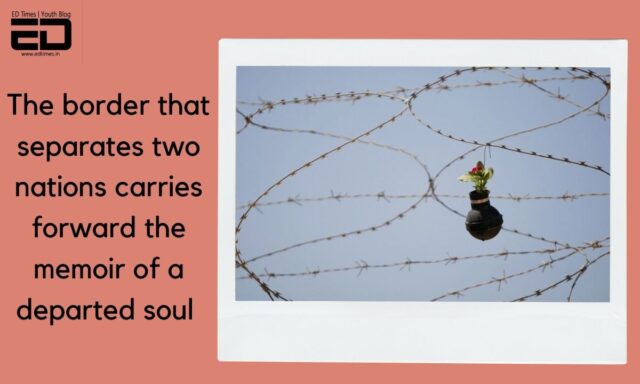 The border that separates nations and identities will forever be united on the fact that at the end of the day we all are humans, irrespective of our physical, religious or moral differences.

Each one of us has the right to blossom into a beautiful creature as the others, but oh how hundreds of those die before they witness the dawn of a new morning. 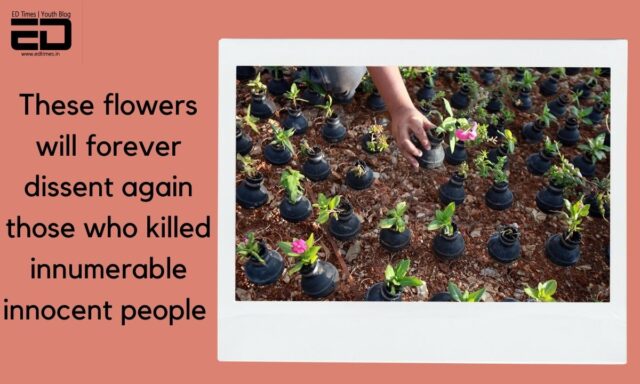 These images will forever be a symbol of dissent against those who took a toll on human lives. It will forever peacefully resist violence irrespective of borders besides remembering the hundreds of Palestinians who died a dreadful death at the hands of the Israeli soldiers.

Life never ceases to amaze us. The human heart will always find a way to shine through amidst the toughest of turmoil.

2 Probable COVID-19 Cures In Sight With Israel & US Claiming Breakthroughs?