We, Indians, are incurable dreamers and, as a result, very ambiguous. We started to stitch our version of realities when Pakistan Army chief General Qamar Javed Bajwa said, “bury the past and move forward” (pun intended). We missed noting his pointed assertion at the end of the sentence — “The Kashmir issue is at the heart of this.” 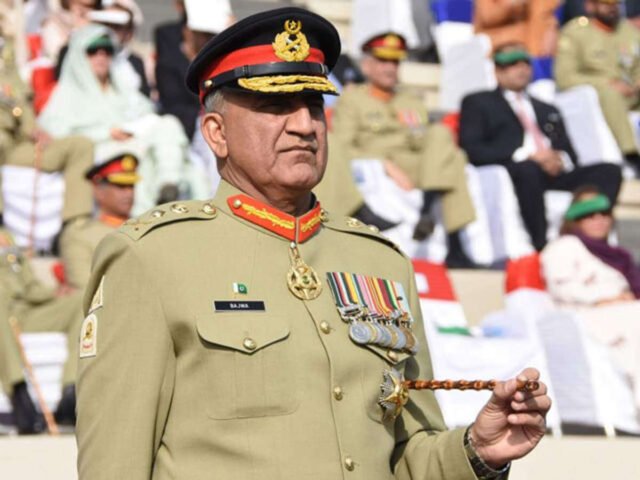 When Indian and Pakistani armies decided to implement a ceasefire along the Line of Control in February 2021, the ambiguous hope that perhaps both the neighbors might finally blur their sharp edges started to be fed upon by us.

Similarly, when Pakistan Prime Minister Imran Khan replied to PM Narendra Modi’s greetings on Pakistan Day, saying, “the people of Pakistan also desire peaceful, cooperative relations with all neighbors including India,” we optimists (yet again) failed to take note of another assertion at the end of his sentence, “durable peace and stability in South Asia are contingent upon resolving all outstanding issues between India and Pakistan, in particular, the Jammu and Kashmir dispute.” 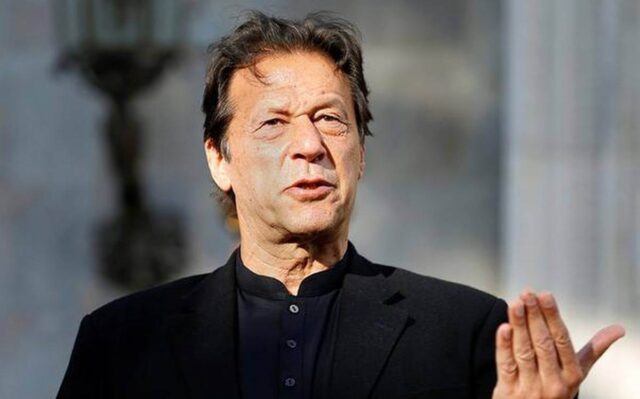 Even when Pakistan’s Economic Coordination Committee (ECC) approved of a proposal, to facilitate the import of sugar, cotton, and cotton yarn from India through its land and sea routes, we took it for granted that the good old days of India-Pakistan, ‘Hindu-Muslim Bhai Bhai’ had returned.

In fact, many said that Pakistan’s unprecedented peace gesture was a pragmatic decision and that the long-drawn animosity on groundless reason with its eastern neighbor was only harming it.

However, Pakistan’s federal cabinet has now deferred the very pragmatic ECC’s decision on imports from India. Foreign Minister Shah Mehmood Qureshi restated PM Imran Khan’s stance on the matter and said, “as long as India does not review the unilateral steps it took on August 5, 2019, normalizing relations with India will not be possible”.

Hence, it won’t be an exaggeration to say that Pakistan’s offer to mend fences with India was nothing but a meaningless con act. A gibberish, which lands us on the question, ‘Does Pakistan (even) want peace with India?’

Pakistan’s obsession with Kashmir is a self-destructive mindset that has served as nothing but a major roadblock to its development and progress. It believes that Kashmir belongs to Islamabad and has spent the last 72 years trying to realize its unreasonable obsession.

There is no reason why Pakistan could not have been an economic powerhouse – a rising developing country with tremendous potential. However, rather than focusing on its financial backbone, Pakistan chose to send its tribesmen to take control of Jammu & Kashmir.

Pakistan has spent billions of dollars on its unreasonable obsession despite its multiplying internal economy woes. The fiscal deficit of Islamabad is 8.9%, and even though their government revenues are declining rapidly, their expenditure has yet to show any signs of shrinking.

This reminds me of former Pakistan prime minister Zulfikar Ali Bhutto’s famous line — “we will eat grass, even go hungry, but we will get one of our own [Atom bomb]”.

The Pakistani government has cut back on social development yet, again and again, to make their ends meet. The Public Sector Development Programme (PSDP) saw its budget slashed by over more than Rs 1.6 trillion in recent years, with more than 450+ projects being impacted.

The economic woes of the country are so acute, that even the military had to agree to slash its hefty budget – but that was before India abrogated Article 370.

It is almost like the abrogation of Article 370 has tilted the scale of balance for the Pakistani leadership. Its role as a safe haven for terrorists, arms dealers, black marketeers, money launderers, and other illegal trades and activities has taken a hard blow.

Even the Asia wing of the Financial Action Task Force (FATF), which looks at illegal money flows across the world, has downgraded Pakistan to its blacklist.

In March 2021, National Health Service Secretary Aamir Ashraf Khawaja announced that the government, apparently, has no plans to buy the necessary supplies of COVID-19 vaccines this year and that the brutal pandemic would be tackled through ‘herd immunity and donated vaccines’. 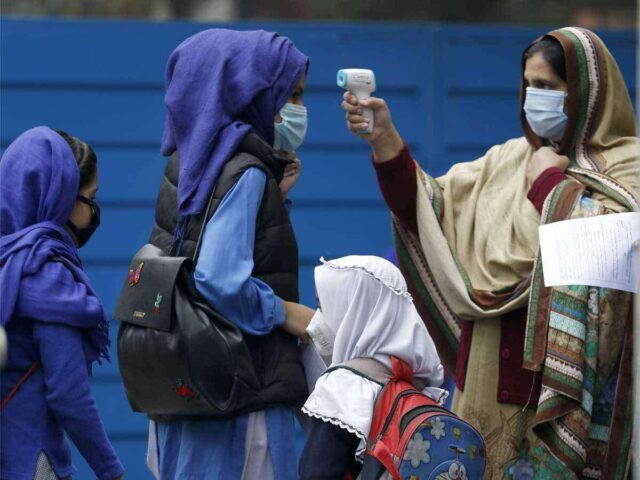 On the other hand, the Pakistan Army was actively pursuing the $1.5 billion deal it had signed with Turkey in July 2018 for 30 Turkish-made helicopter gunships. So, it’s not that there’s a lacking of funds, but of morals in Pakistan’s skewed sense of priorities.

Apparently, to them, human lives weigh much lesser than arms and weapons. The US, though, has blocked the sale.

So, while PM Khan is busy telling the world a tear-jerking story of how Pakistan doesn’t “have the money to spend on already overstretched health services and to stop people from dying of hunger,” his army seems to have forgotten to tell him about their plans.

This event shows that the Pakistani Army is least bothered by the nation’s financial crisis and more concerned about increasing its collection of the already humongous stockpile of military equipment. 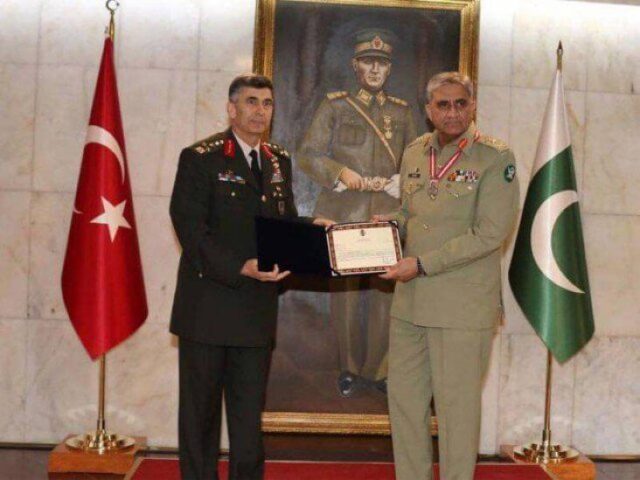 Due to the ban on commercial activities with India, Pakistan’s industries have to rely on expensive imports from elsewhere, thereby making their products all the more expensive. Furthermore, while the Pakistani industry suffers, the middlemen facilitating ‘unofficial’ India-Pakistan trade through third parties are instead making huge profits and yet the Pakistan government are mum about it.

In December 2019, Dawn newspaper quoted Revenue Minister Hammad Azhar admitting that “the prevailing price hike, particularly the food inflation, emanated from the suspension of trade with India and seasonal factors and the role of the middleman”.

Prime Minister Imran Khan has laid down a certain condition – that New Delhi must restore Article 370 of the Indian Constitution before Islamabad can consider the normalisation of relations. The diplomatic corps of Pakistan seems to be extremely competent, for Imran Khan to make such a faux pas.

However then, the Pakistani Army is infamous for dabbling in foreign affairs even when it doesn’t have even an ounce of understanding of diplomacy.

Pakistan wants a dialogue with an upper hand without wanting to accept any responsibility for terrorism or its past practices against India. Kashmir still remains a central issue for Islamabad, even though it’s an Indian internal issue.

Not to mention, Pakistan’s armed forces won’t be able to make peace with India without losing their position and privileges in its territory and the US, too, is reluctant to impose any severe sanctions on Pakistan despite its duplicity in dealing with the country on the issue of terrorism in Afghanistan. 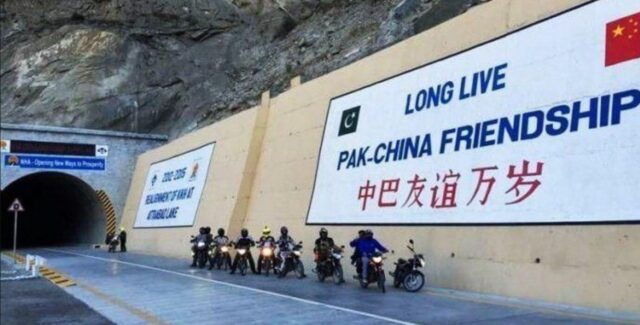 China, too, remains a steadfast friend of Pakistan and is an important player. China’s geopolitical stakes in Pakistan have risen with the CPEC and Gwadar. Not to mention, China’s nuclear capability has already raised several international brows.

Countries, including Russia, are advising both India and Pakistan to show restraint, and offers of mediation are being made if both sides ask, which again is just a one-sided fantasy by us, optimists.

Sources: BBC, The Economics Times, CNBC, The Wire, The Print