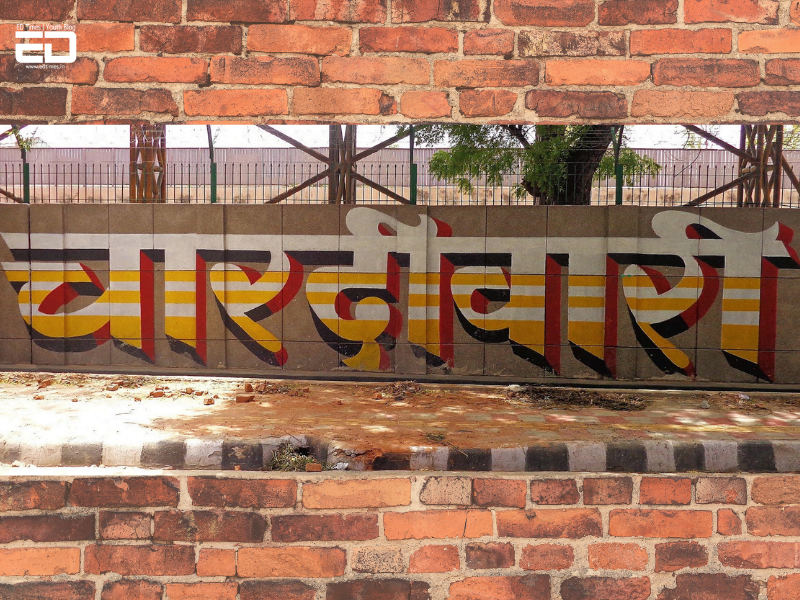 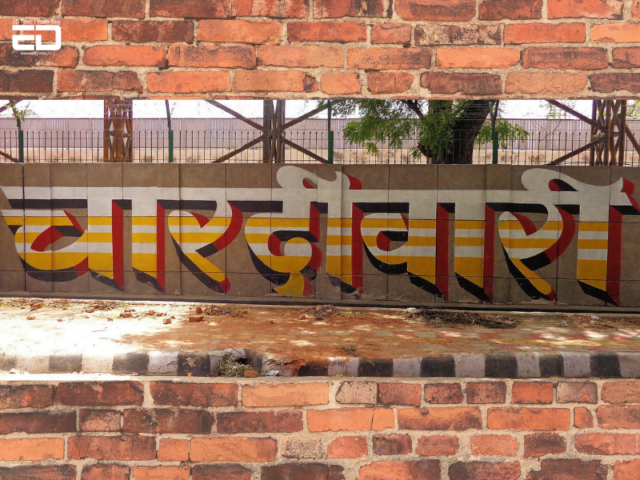 South Asia’s largest jail, Tihar offers much more than space for the prisoners to spend their sentence. The jail offers the people inside a chance to become better people, inculcating skills and values throughout the sentence.

It also offers a window through which citizens outside of the four walls can see what goes on inside the lives of the prisoners.

On one such hot summer day, I came across the largest mural of India painted on the walls of Tihar Jail while travelling towards West Delhi.

I stopped by to read the entire thing stretched across the boundaries of the prison and realised that the jail is like a small world in itself.

It wasn’t a meaningless splash of colours on the walls, the walls of Tihar bled of love and poetry. 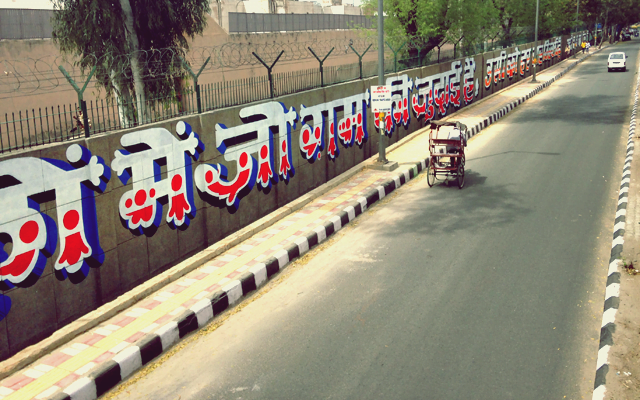 The poem was simple yet heart-wrenching. After some digging on the internet, I found out that this brilliant piece was written by a woman inmate of Tihar.

The inmate has written this poem for her husband, who is also an inmate at the same jail, but the couple doesn’t get to see each other except for odd court hearings due to their unregistered marriage.

The poem Chardiwaari, is on the lines of separation and the misery that the human heart has to go through during times like these.

It is published in Tinka Tinka Tihar, a collection of poems an anthology of poems written by the women inmates and co-edited by the director-general of prisons Vimla Mehra and media trainer Vartika Nanda. Here’s the poem:

//I write in the morning, I write at night/ Trapped between these four walls, I just write your name/ The sorrow of separation is what I write about each time//

// These are not my words, they are the echoes of my heart. I still believed we shall meet beloved, one day the sun will rise and the distance shall cease to exist / I write in the morning, I write at night/ Trapped between these four walls, I just write your name//

Even though it has been a while since I travelled through that route again, I still can’t get over it. The mural on the walls of Tihar has captured a little piece of my heart and each time I am reminded of it, I tear up a little bit.

You must stop by the stretch between Lajwanti Gardens and Hari Nagar Depot to read the piece and take in all the wonder that Tihar Jail’s boundary has to offer. The artwork is done by the students of DCAC and I am sure you’ll become a captive forever.

Indians Travel More To Show-Off Instead Of Love For New Places, As Per Study