The Gandhi-Mandela Freedom cricket series between South Africa and India is underway, with the T20 and ODI series all wrapped up already.

To the utter disappointment of Indian fans, the Proteas have won both the series. Here is a look at the ODI series:

The start of the ODI series brought with it a new hope. It was a chance for the Indians to redeem themselves and not lose another series at home. South Africa batted first and steadily put 303 on the board, lead by their captain who scored an unbeaten 104. The Indian team, too, got off to a pretty decent start and things looked in control when Rohit Sharma scored 150. But once the dismissals came, they just kept coming and in what turned out to be an absolute thriller of a game, the hosts found themselves on the losing end, one more time.

Choosing to bat, the captain MS Dhoni led the charge with his 92 and together the team put up a decent score of 247. It was a good total but not a great one. But the Indian bowlers did a great job backing up and restricted the visitors to just 225. The Men in Blue won their first match of the South Africa tour, winning by 22 runs and levelling the ODI series at 1-1. South Africa, batting first, scored 270 runs, Quinton de Kock producing a century. The Indian batting display consisted of some decent contributions here and there but all in all they fell short of their target by 18 runs. Yet another loss, and the ODI series now at 2-1 in the favour of the Proteas.

This was the do-or-die match for the hosts. Win the match and level the series or lose the match and lose the series. And… they stood up to the task! Batting first, India put 299 on the board, a massive contribution of 138 coming from Virat Kohli. The bowlers restricted the South Africans to 264, India winning by 35 runs.

In the fifth and final deciding match, India succumbed to a 214 run loss against South Africa in the final match of the series, losing it 3-2. The South African team produced 3 centurions in Quinton de Kock, Faf du Plessis and skipper AB de Villiers. Together, they put 438 on the board; just five runs short of the record highest team total of 443. So India was supposed to chase 439? With the average start, they were never going to get there. So that was pretty much it. If you have been following closely and carefully, you would have noticed that the team batting first always ended up on the winning side. Win the toss, win the match.

Well with that too done and dusted, all eyes now on the upcoming 4 match Test series. 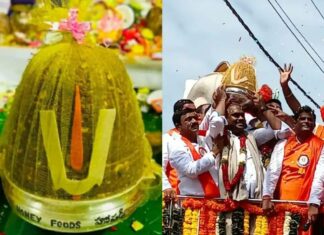