Home Politics In Pics: Who Is Tripura CM Biplab Kumar Deb And What All... 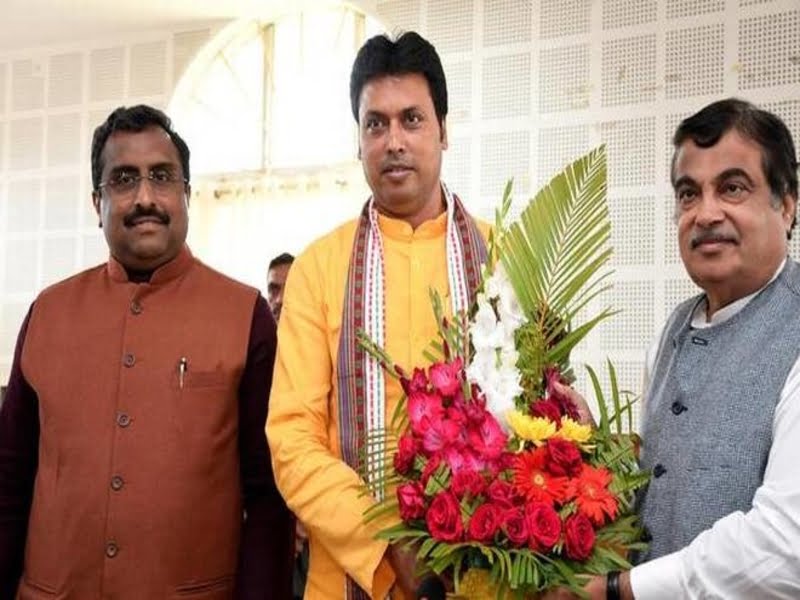 BJP has recently been in the news for all the wrong reasons and by now its nothing new. This time, it is Biplab Kumar Deb who has been at the centre of the controversy after his dumb remarks on various issues caused a stir among the people.

Biplab Kumar Deb, the Chief Minister of Tripura who started office on March 8 has been involved in a number of controversial remarks in the recent days which did not receive a welcome response from the public.

Resulting in the former BJP president of Tripura being on the receiving end of mockery and trolls on the social media platforms.

The situation went so out of hand, that the Prime Minister of the largest democracy, Mr. Narendra Modi had to intervene and summon the CM to keep BJP’s reputation intact in the North-East.

After his theory of how internet and satellite’s existed during Mahabharata, followed by his questioning the ‘beauty’ of former Miss World Diana Hayden and his career advice to civil engineers, the Tripura CM has now some life advice to offer to unemployed youths of the state. We are left wondering that what’s next?

Wondering what did he say? Here we bring to you the man of the hour: Did The North-East (Especially Nagaland) Never Want To Be A Part Of India Since Independence?

In Pics: Who Are Naxalites And Why Such Frequent Violent Uprisings?