Netflix dropped Money Heist Season 5 yesterday and the show lived up to the hype and fans’ expectations. It was just as racy as ever, and every second of it was thrilling. There were some new additions to the cast and they also played their role perfectly.

It is a show unlike any other crime thriller. It actually shows the POV of the robbers, their emotions, the reason why they do what they do. Set up in Madrid, it actually points out the corruption that exists in democracies like Spain.

First released in 2017, it is one of the most-watched foreign shows in India. It keeps you hooked to your screens while you sit at the edge of your chair. Yesterday, I started binging it as soon as it was released. And I was not even 1% disappointed. It was spot on with everything, and some of its dialogues hit me really hard.

Here are a few of my favorite quotes from season 5 of the series (spoiler alert): 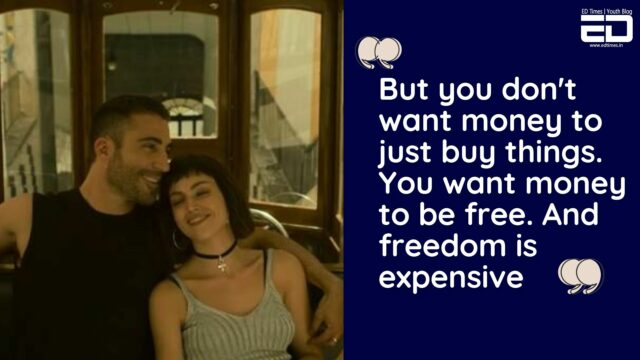 Too many emotions to handle at once, right? Let us know in the comments section your favourite quote from the series.