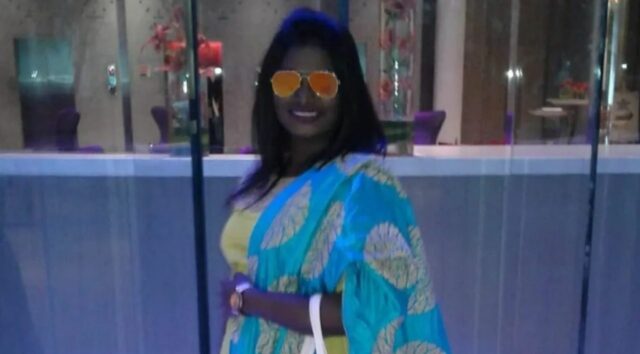 Women had been considered as weaker gender in the Indian society for many years and several restrictions had been imposed on them by their male counterparts. However, the situation is gradually changing now and women are leaving no stone unturned to prove that they are as capable as men. If we talk about the present times, women are pretty active in every field whether it is entrepreneurship, defense forces, hospitality sector and so on.

There are numerous examples of self-reliant women in our society but one woman who stands out from others is Hema Dolly as she has not only become a successful entrepreneur at the age of 23 but she is also helping many other single women in achieving their desired goals in life.

Hema Dolly is basically from Hyderabad and she was just 18 years old when she started her career as evangelist because she wanted to spread love, happiness and heal those who suffered a lot in their lives by getting them blessed by Jesus Christ. For helping more and more people, she founded Jesus Christ Miracle Creative Ministries in Hyderabad and devoted herself in improving the lives of others. Hema Dolly had to travel to foreign countries in regard to Jesus Christ Miracle Creative Ministries where she met many foreigners whom she befriended. Her friends from overseas motivated her to get involved in social work and in 2017, she started helping the poor people and orphans. The fund for social work was provided by her foreigner friends but as she met many women during the social work, majority of them told her that it was really difficult for a single woman to be successful in business.

Appointed as Director in the most powerful network marketing company

While Hema Dolly was thinking of finding a way to help single women live a successful life, one fine day she got a call from one of the most powerful women empowerment and network companies of USA. The name of the company is American international group which is located in New York, USA, and Hema was appointed as the director of the company.

Commencement of Sravanthi Enterprises for helping many single women in making their dreams come true. This new development in Hema Dolly’s life enabled her to find a way to help the single women of her locality and country by setting up a network marketing company, Sravanthi Enterprises. The firm will also be involved in event management and Hema has become an inspiration for many as she is not only helping others but has become an entrepreneur at the age of 23 when many youths don’t even know what they want to do in life.

Hema Dolly opens up on her journey

Talking about her journey, Hema Dolly states that to become successful and emerge as a winner in business, a woman needs to be aware of what she expects from herself and she should depend only on her intelligence, boldness, attitude, hard work and her female power because no one can overpower a  woman who relies only on herself. Hema Dolly states that instead of trying to get liked in business, a woman should learn to enjoy rejection and resistance from those who don’t want her to be successful. She further suggests a woman to work on her negotiation skills and improve her persistence powers. Hema Dolly quite categorically states that a woman should use her feminine power as a strong pillar and use its strength to make her dreams come true and achieve whatever she wants in life.

Those who are interested in changing their lives for better and want to tie up with Sravanthi Enterprises for starting and taking their small business to international level in network marketing can contact Hema Dolly and her team by sending an email at Sravanthievents82@gmail.com.

Hema Dolly who is The Most Powerful Woman In Network Marketing is certainly an inspiration for many women who want to make big in life as well as want to do good for others.