This exhibition is not like the conventional art exhibitions where the art is hung on a wall, and you walk past them. The exhibition has music, stories, and art. Images or videos of the artist’s works are projected onto walls, ceilings, and floors, sometimes accompanied by animations, narrations, music, etc.

Inside the exhibition, more than understanding the art, you feel what the act of creation must have been like for Van Gogh.

Surprisingly, Vincent Van Gogh did not begin painting until he was twenty-seven. Van Gogh left everything behind with a heart set to becoming an artist. He passed away ten years later. But he created over 2,000 works of art, including 900 oil paintings.

“I dream my painting, and I paint my dream.”

He had a lifelong history of mental unrest, and many suspect that it was because of his family and their strict religious upbringing. His pain and suffering can easily be seen in his paintings.

A Glimpse Of The World Inside The Immersive Van Gogh Exhibit 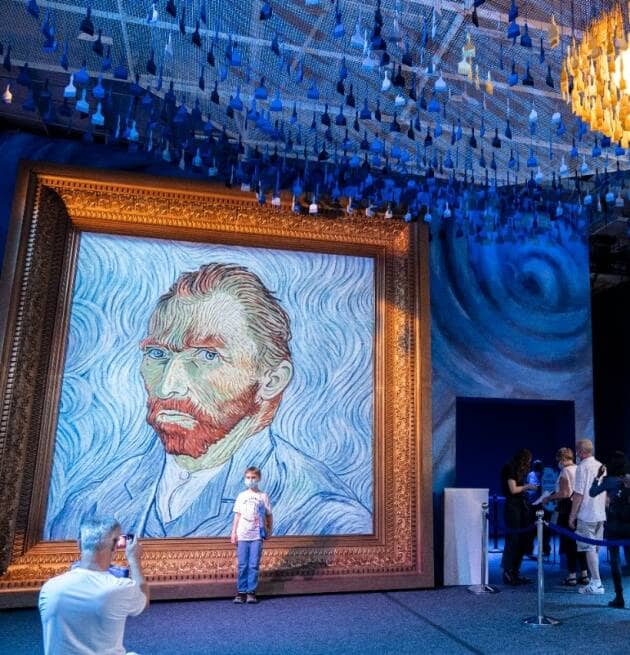 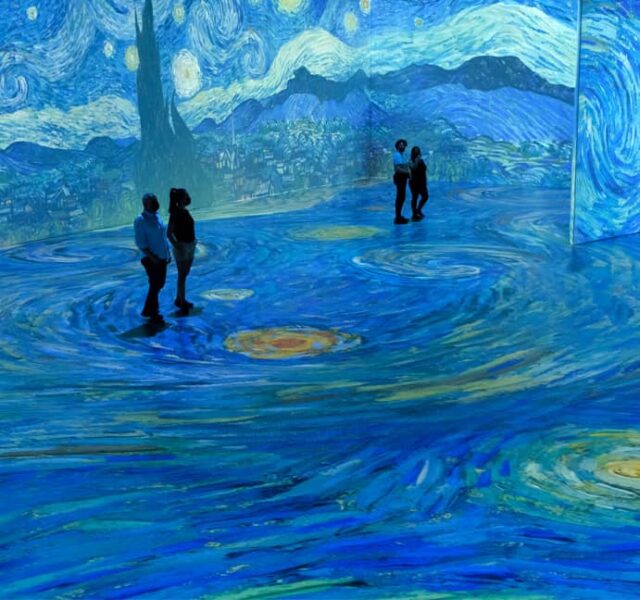 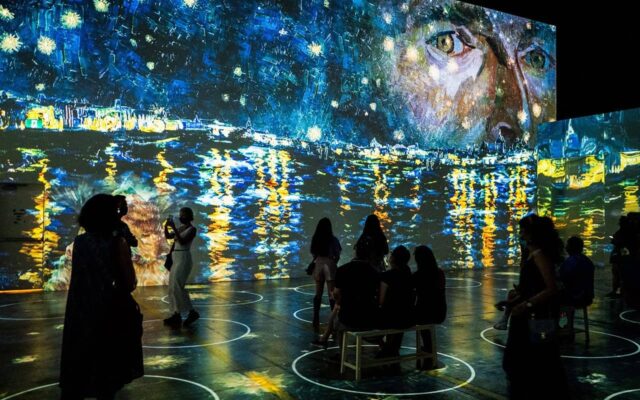 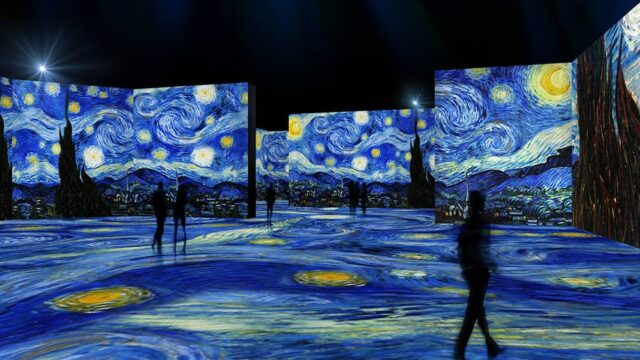 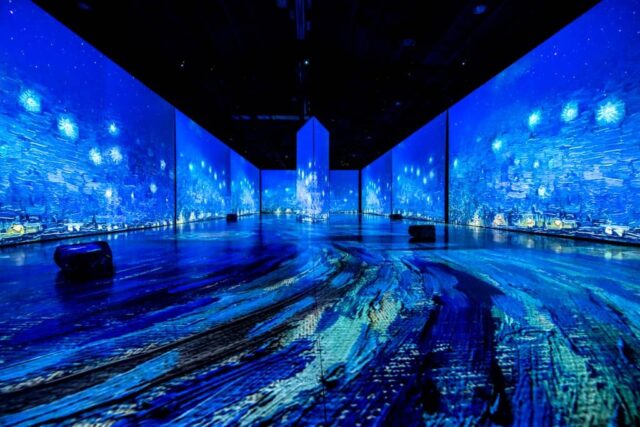 Producers of “Immersive Van Gogh” in New York had a lot of space. The location was once home to 25 basketball courts.

The producers have designed three galleries, each larger than the next, in which viewers can walk around or sit on benches and watch Van Gogh’s work.

Also Read: In Pics: Pictures Of Jupiter Taken By The Juno Spacecraft That Looks Like They Are Painted By Van Gogh 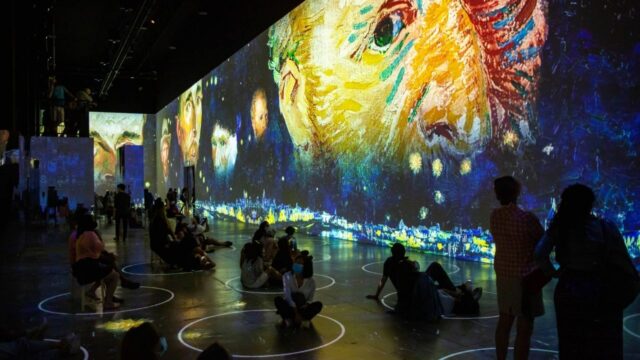 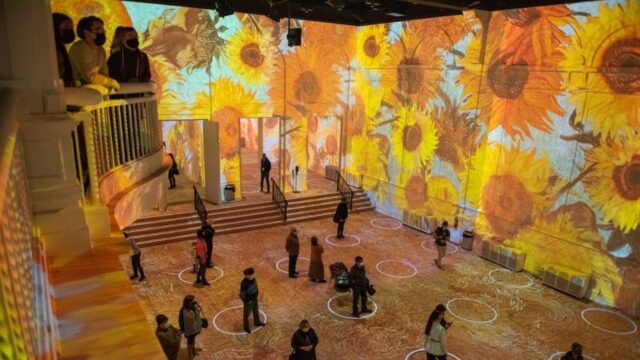 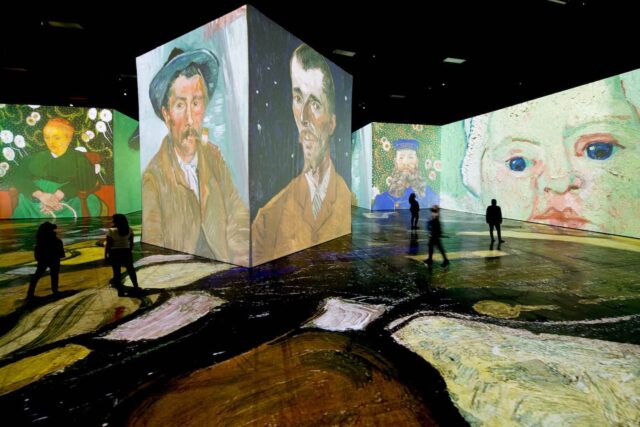 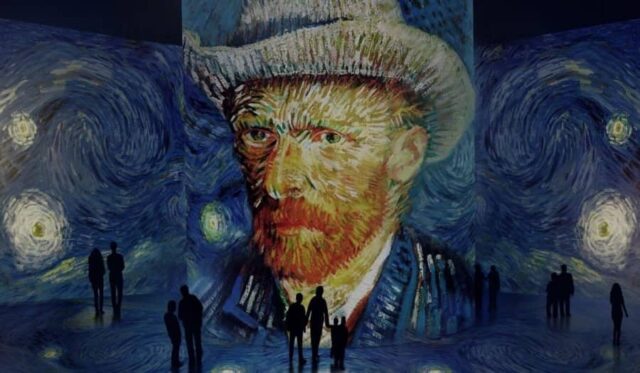 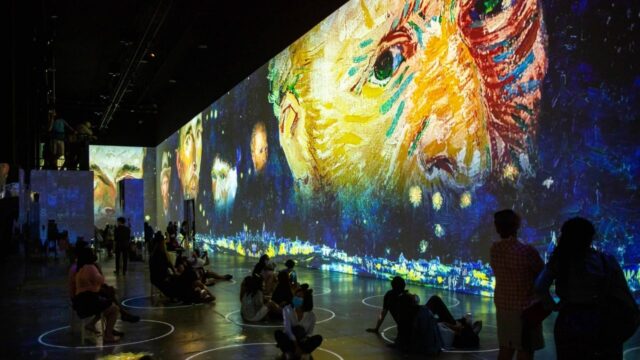 Antwerp, Arles, and Paris were some of the most important places in Van Gogh’s life. He stayed in Arles for only fifteen months, but it was the most creative period of his life. He made 200 oil paintings and over 100 drawings and watercolors.

In 1889 he went to the Saint Paul-de-Mausole asylum in Saint-Remy. In the asylum, he painted some of his most famous works including The Starry Night.

The final thing he said before passing away was, “The sadness will last forever.”

After Vincent’s death, his brother gave the paintings to some of his friends. The art was seen as having no value, simply reminders of a slightly mad artist.

Little did he know that his artworks and exhibitions would become an inspiration for millions of souls. It is well said that Van Gogh showed us that even the darkest night can be bright with stars.

The Science Behind Vincent Van Gogh’s “A Starry Night”