Home Social Opinions ‘I’m Not Like Other Girls’: 4 Times That Feminist Women Belittle Others... 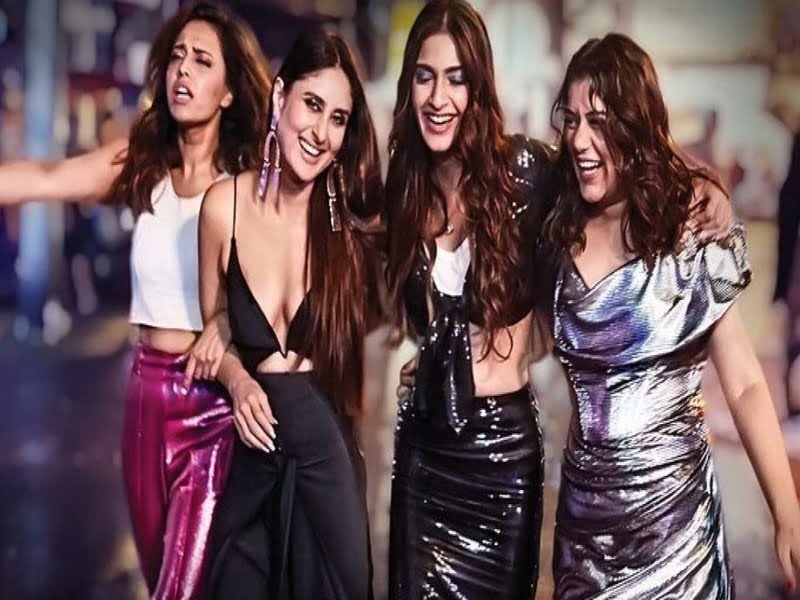 Have you ever felt flattered when a guy told you, ‘Hey, I really like how you’re so different from the other girls’ whilst also claimed yourself to be a die-hard feminist?

Have you ever disapproved of your mom wearing tight clothing, but hate it when somebody else tells you the same thing?

If yes, then ladies, apart from being a hypocrite, you’re also a victim of what the urban dictionary calls ‘internalized misogyny’.

In simple words, it’s defined as the process of a woman belittling other women along with shaming them due to believing that her gender is inferior.

I’ve always considered myself a proud feminist- questioning every sex stereotype that exists in the society, but I realized that as I concentrated more on the bigger issues, I was losing sight of what was right in front of my eyes: the casual everyday misogyny that exists amongst women. 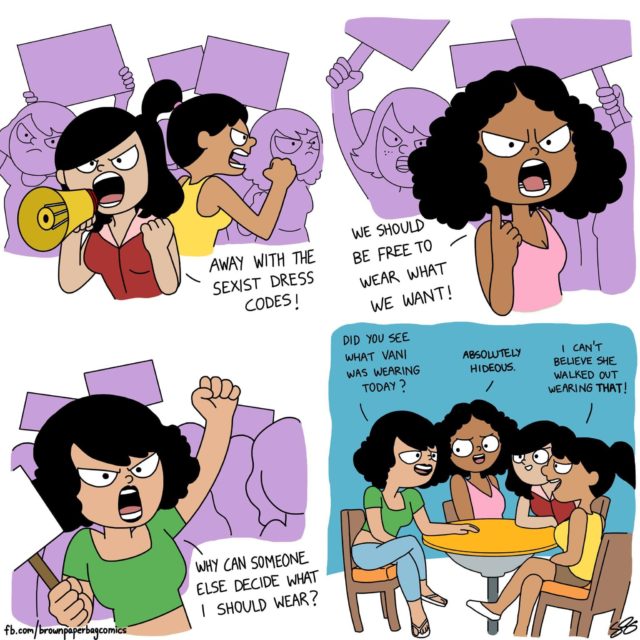 At some point in life, we’ve all somehow promoted the sexism directed towards us, and how wouldn’t we? It’s in the air we breathe.

Whether it’s a subtle joke or a sexist meme shared on Instagram, we can’t deny the fact that on some unconscious level, we are very much responsible for propagating misogyny ourselves.

But it’s always good to become aware, to know better. So here are some incidents from our daily lives that very well reflect the strongest effect patriarchy could’ve had on us – internalized misogyny.

1. BEING MORE PROUD OF YOUR MASCULINE TRAITS THAN OTHER ONES

Sometimes, we also take pride in not wearing too much make-up and dressing up tomboy-ishly. We might even demean other women who like using make-up by calling them ‘too feminine’ or saying that they do it to appease men. 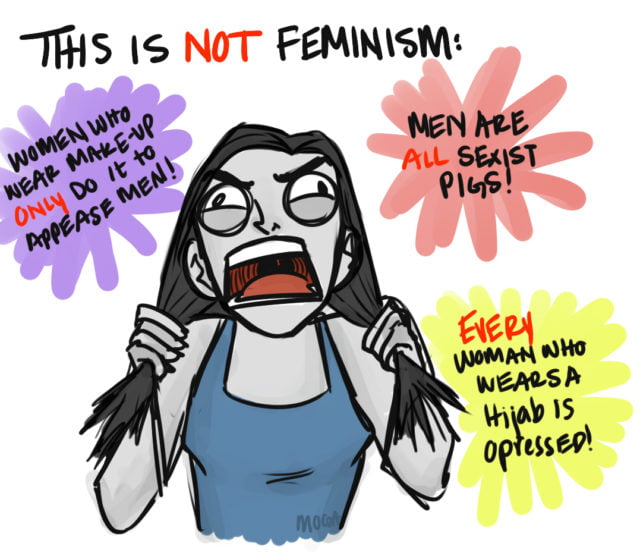 These are just some subtle ways in which we’re ourselves contributing to a bigger problem.

2. THE PORTRAYAL OF THE ‘COOL GIRLFRIEND’

According to this belief, a cool girlfriend is the best girlfriend. Let us see how.

A cool girlfriend is very ‘’understanding’’, she will never get angry with you, she lets you do whatever you want.

You promised to take her out but went with your friends instead? No worries.

You forgot her birthday but shout at her for forgetting your dog’s birthday? No worries.

You fell in love with her best friend and eloped with her? NO WORRIES.

Why? ‘Coz she’s this cool detached person without a temper, who is just so unlike other girls’, you know?

She’s making a false distinction between herself and other females so that she can fit in a man’s idea of someone he can walk-over. She’s ignoring what she actually wants in life in trying to make her guy happy.

If this isn’t a sad side-effect of patriarchy, what is?

Read more: Why Do Feminist Women Expect Chivalry And Why Is That Not A Contradiction? 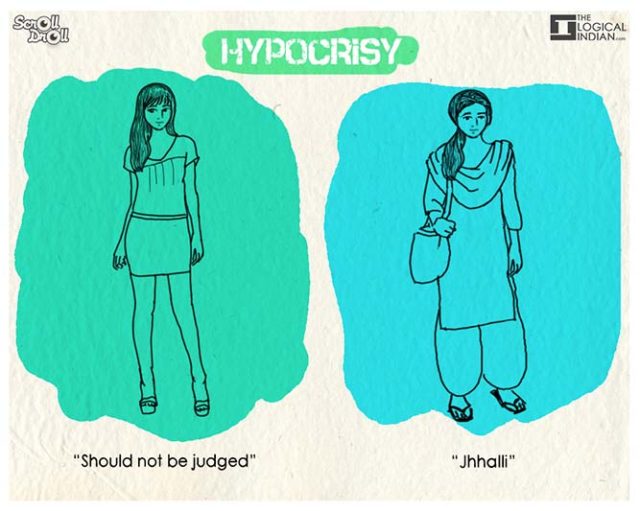 When we consider ourselves different from other females for being strong, carefree or too-opinionated, we also start demeaning other women and their respective strengths.

For example, we start belittling stay-at-home moms because of our idea of how modern women are supposed to be working and not looking after their family. But the thing is, a housewife is allowed to make a lifestyle choice just as much as a working woman is entitled to one.

It’s really their choice and if we disrespect either of them for their preferences, we’ll just as well be called hypocrites instead of powerful feminists. 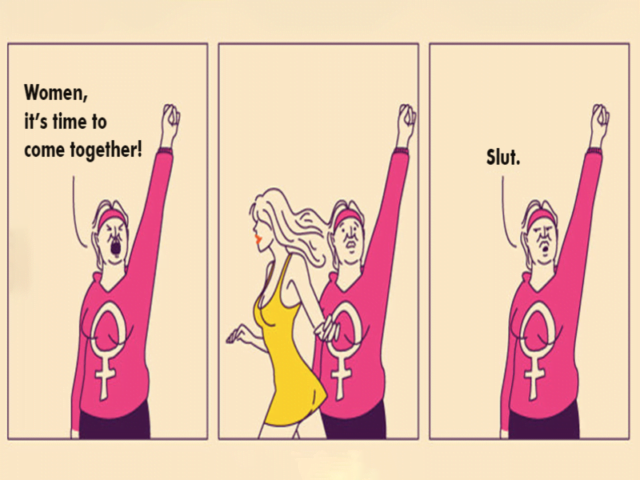 As the recent #MeToo wave has taken over the media by a storm, I’m noticing more and more people, especially women questioning the “extent” of the assault committed.

Statements by women like ‘This is normal guy stuff, all men talk like this’; ‘It doesn’t count as harassment’; ‘She’s doing it for publicity’; ‘Why did she get so drunk in the first place?’ are making headlines.

The fact that we’re normalizing a man’s corrupt behavior and intentions against a woman, no matter what its extent, speaks volumes of the deep-rooted misogyny in our system.

So c’mon ladies, we are better than this. Before we pose an unsolicited misogynistic question or advice, we need to think a billion times about what the victim has been through and just how much strength it takes to tell your story.

The need of the hour isn’t to drive a wedge amongst females, but to stand by each other, to believe in each other and most of all, to shun anyone who tells us otherwise.

Because honestly, if there is anything worse than misogyny in our system, that contributes to a patriarchal attitude, it is internalized misogyny – the disapproval and belittling of woman’s choices by other women themselves.