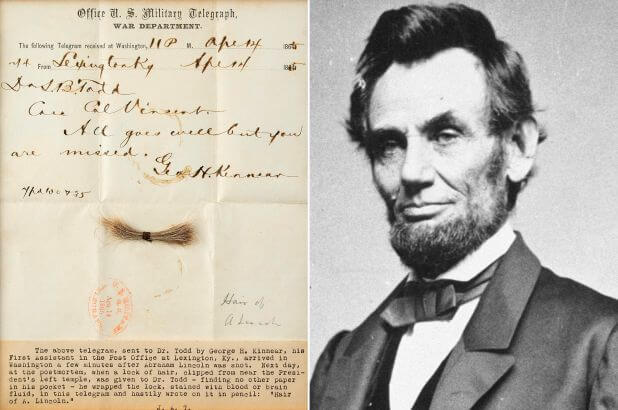 US President Abraham Lincoln’s lock of hair was auctioned for $81,250 a few days back.

The hair, along with a blood-stained telegram from 1865, when Lincoln was assassinated, had been preserved for more than 150 years.

What’s interesting is that the lock of hair and the letter survived until 2020 without coming to light for all these years.

Who Was Abraham Lincoln? 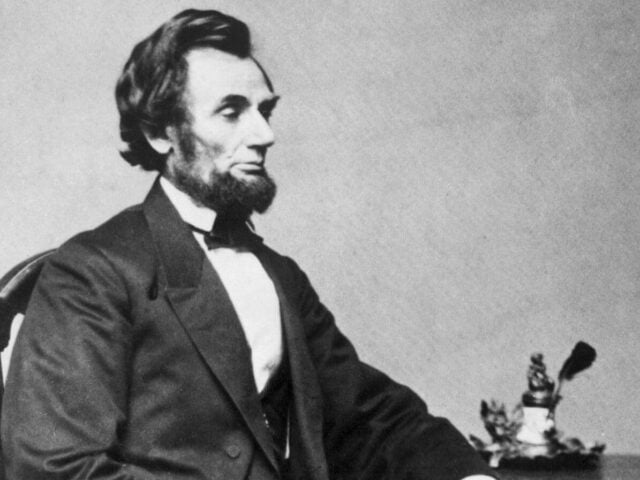 Abraham Lincoln was the 16th President of the United States from 1861-1865. He is best known for leading America through the American Civil War and freeing the slaves through an Emancipation Proclamation.

He was assassinated on 14th April 1865 at Washington’s Ford Theatre. After his assassination, a postmortem took place when the hair was clipped from his body.

Why were they clipped? Well, no one really knows why. There are still many mysteries about his life and he remains an intriguing personality to talk about.

Read More: Back In Time: Assassination of Archduke Franz Ferdinand

Where Were The Hair And Letter For The Last 165 Years? 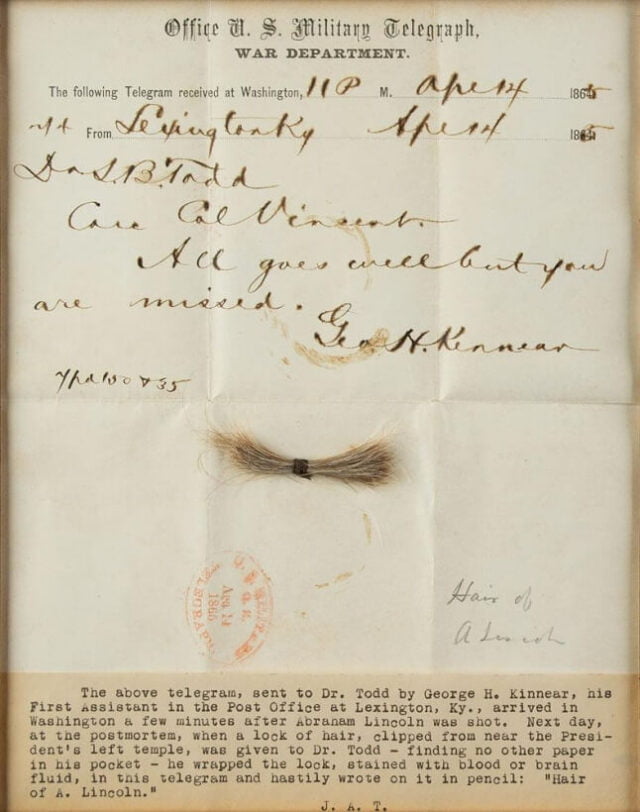 First, it was given to Dr. Lyman Beecher Todd, a cousin of the first lady Mary Todd Lincoln. For generations, the bizarre souvenir was passed down in the family.

In 1945, James A. Todd, son of Dr. Todd, wrapped the 2-inch lock of hair in a letter telling how it had been in the possession of the family since Lincoln’s death.

The legitimacy of the souvenir comes from the fact that it had been passed down through someone who had close ties to the late President.

Another historic fact is that Dr. Beecher Todd was more than just a relative who had ties with his wife.

Lincoln and Todd had grown close during the Civil War and Todd was by his bedside in his last moments and stayed there till the next morning when the body was taken for postmortem.

Recent Auction Of The Telegram And Hair 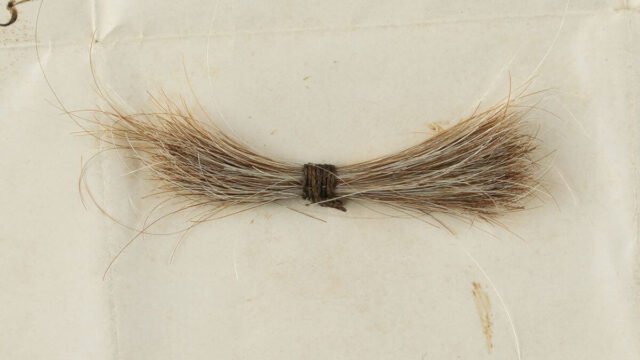 The telegram and the lock of hair were auctioned off for $81,250 although the expected price was around $75,000.

The telegram affixed with the hair was from the day Lincoln was shot. They were sold by RR Auction, an auction house headquartered in Boston.

The identity of the buyer who had paid the massive amount remains anonymous.

Historical items hold a lot of importance and value to them, even a bizarre souvenir like hair from a dead body.