Back In Time: Assassination of Archduke Franz Ferdinand

Sarajevo, Sunday, 28th June: On an official visit to Serbia, Archduke Francis Ferdinand of Austria and his wife Sophie were shot dead by a group of assassins.

The unfortunate incident took place near the Latin Bridge in Sarajevo, while the Archduke was returning from visiting the Mayor Fehim Curcic.

We spoke to an eye witness from the crime scene. He said, “two bullets were shot, the first one wounded the Archduke and the second one his wife.”

The Governor Oskar Potiorek, who was accompanying the guests, and the security rushed the couple to the Governor’s residence for medical assistance.

Sophie was declared dead on arrival and the Archduke passed away ten minutes later. His last words were, “Sophie, Sophie! Don’t die! Live for our children!” followed by “It is nothing”, a phrase he said a few times when he was inquired about his injuries.

The Archduke was the next heir to the Austrian throne and his wife was the Duchess of Hohenberg. The bodies of him and his wife will be shipped to Vienna shortly for the funeral.

Gavrilo Princip, a young Serb, was one of the assassins and was arrested immediately after he shot the bullets at the couple. After having been sentenced, he claimed that his intention was to harm the Governor and not the Archduke’s wife.

It has also been learnt, that the assassin had been planned for earlier in the day but the attempt was unsuccessful. The bombs thrown were bounced off and did not cause major damage.

A police officer has said, “there are likely to be six assassins, and the five others, apart from Princip, are yet to be found and will be confirmed through forthcoming trials.”

A foreign royalty has been murdered on his visit to another country. This is not a matter that can be taken lightly. Security around the city will be tightened to prevent more such incidents from happening, because these are anyway times of trouble.

The atmosphere in Austria-Hungry is terrible and riots are expected to break out very soon.

Given the already tense background in Slavic region, this incident will have massive consequences for Europe. With all the treaties between the bigger countries and the recent string of wars, this might just be the final straw threatening World Peace.

Any prediction of just how bad the aftermath is likely to be will be highly underestimated.

Post Scriptum: This incident turned out to be the immediate cause of the First World War. 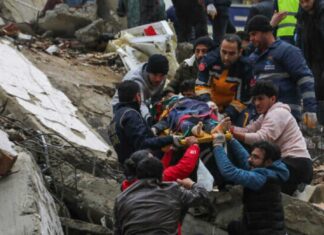