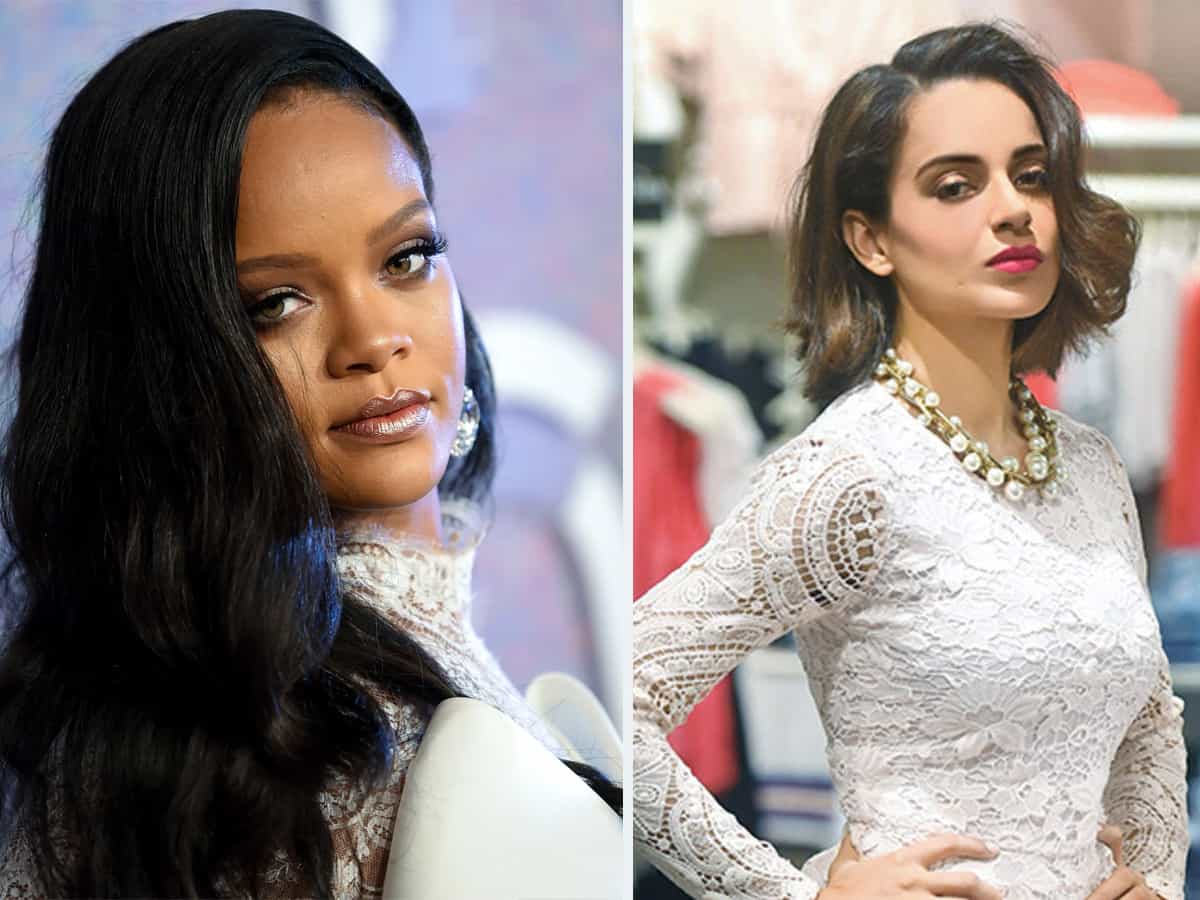 With the recent spitfire of the farmer’s protests, Kangana wasn’t far behind to gather all her data packs and sit in front of her laptop with awesome courage.

One must think that when a celebrity takes to social media, they must talk sense. However, Ranaut is different! She’s not your regular friendly, neighbourhood Bollywood actress.

She declared the protesting farmers as internal terrorists (I would think the same too if someone forced me to eat karela).

While I was scrolling through the Queen’s Twitter, I felt nothing but sympathy for her manager and her PR team. It is no joke when I state that Hrithik won in my title because it would be annoyingly difficult to lose to her, under any circumstance.

What Did She Do Again?

The renowned Manikarnika of Bollywood is no stranger to controversy, albeit for the strangest of reasons. The only thing that strikes me as new this time is that she picked a beef with Rihanna.

Yes, it actually is Queen Riri that our Himachalwali Queen thought of dissing and showing her the proper nationalistic way of educating the firangs– by peddling full-fledged conspiracy theories as facts. 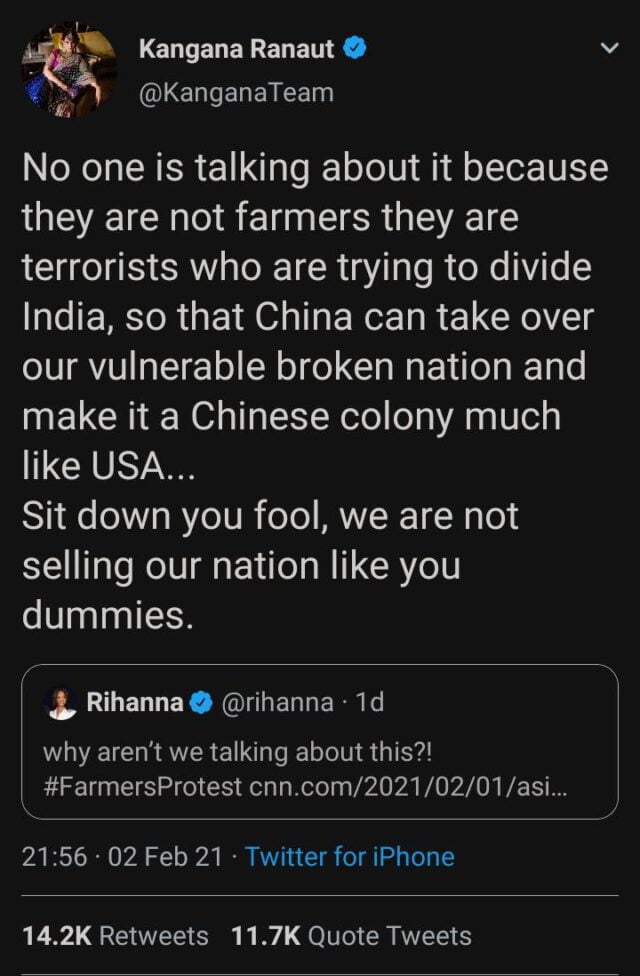 From calling the protesting farmers Chinese agents to developing a thought-provoking script concerning a Chinese conspiracy to divide the nation and turning it into a de-facto colony, allegedly akin to the United States, she has done it all.

It wouldn’t be a surprise if it became a Summer blockbuster next year with Kangana playing the brave armchair activist who came off and took over the Chinese Republic all by herself.

The beef obviously didn’t stop there, as Kangana went on to grab the opportunity by the scruff of its neck and tweeted a barrage of comparisons between the Tiger nationalist idol of India and firangi, Rihanna. 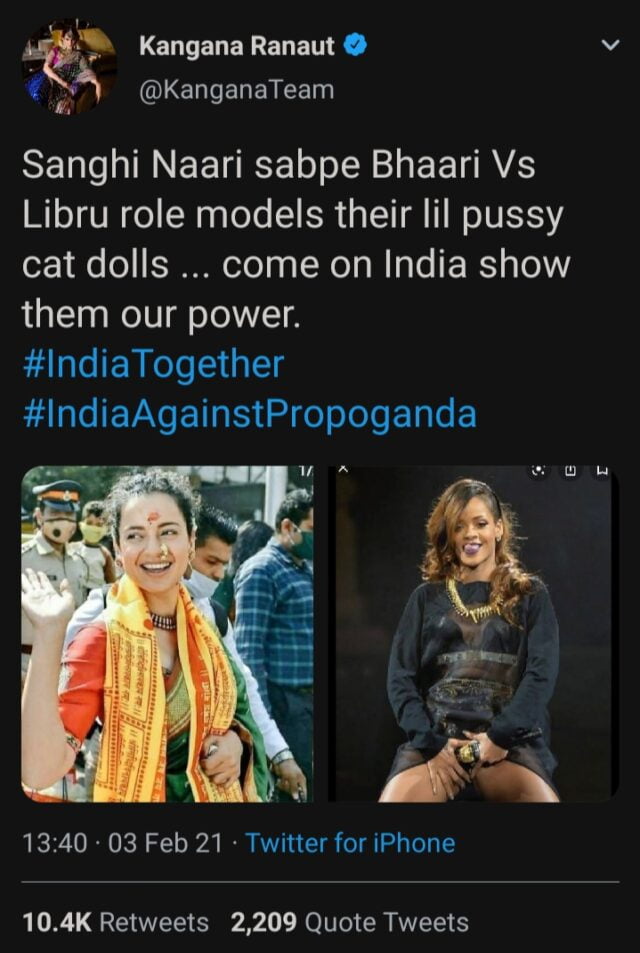 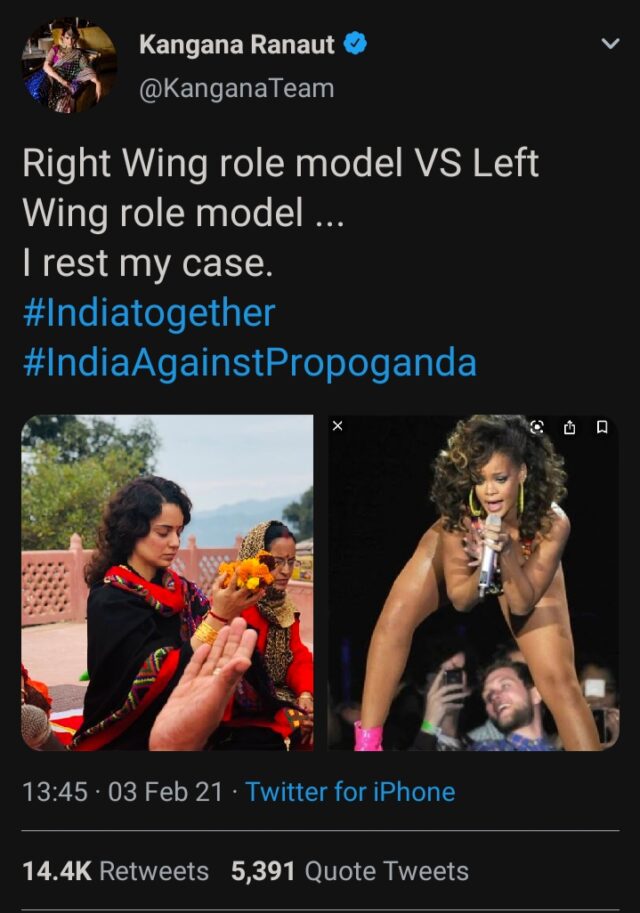 The Twitteratti wasn’t too pleased with the comparison which developed into another hashtag war. And, to be fair, this nation lives for the tea, sis. 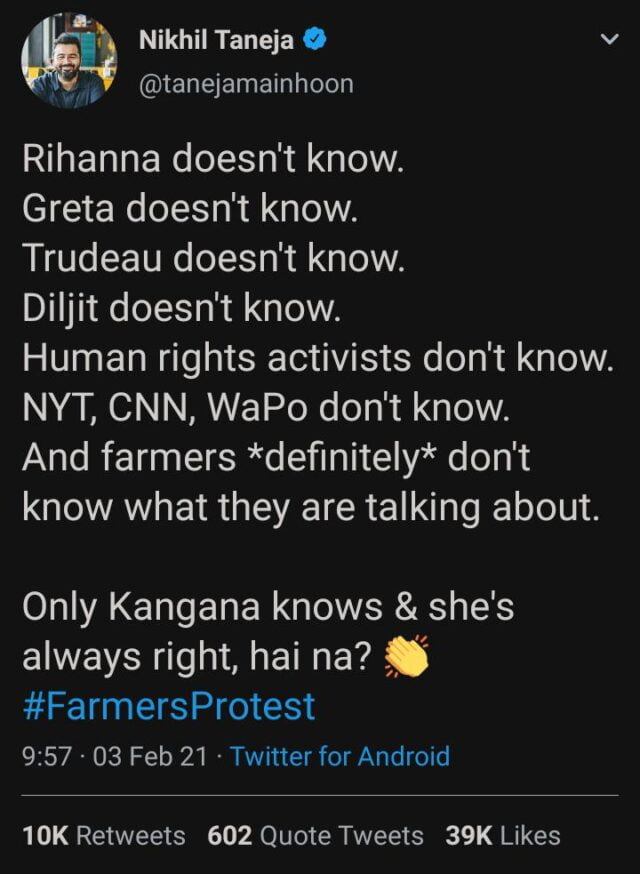 Also Read: In Pics: Kangana Ranaut’s Rude Vocabulary And Use Of Crass Words Against Others

What’s Up With Urban Naxal Greta?

Coinciding with the Rihanna episode, Kangana went on to impart her nationalistic knowledge upon the 18-year-old environmental activist, Greta Thunberg (some would call it bullying but I digress).

The moment Greta expressed her solidarity with the farmer protests, Kangana went in full throttle with her Jio subscription and called Greta “a spoilt brat.” 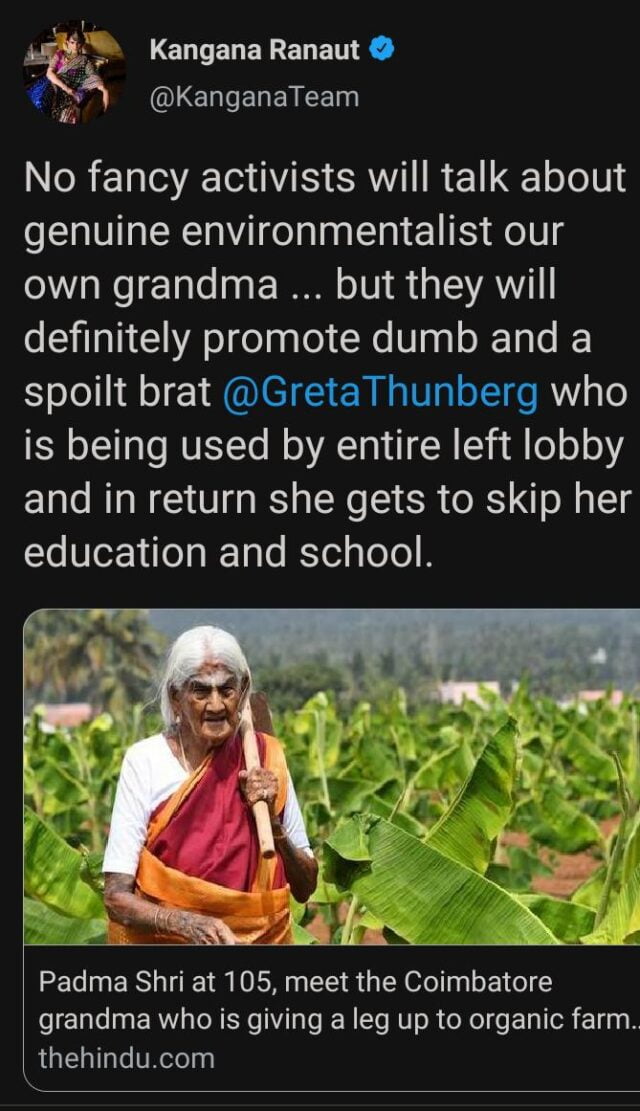 Be It Chinese Conspiracies Or Affairs; Kangana Wins It All

I know I had stated that Hrithik Roshan wins but if one is to consider it with a sane mind, our “Sanghi sherni” can never lose. It is almost inconceivable for her to accept defeat.

She has never lost, from the moment Hrithik filed a complaint against Kangana for stalking and cyberbullying him till now, with the entire Chinese conspiracy playing in her mind in 4K.

Even losing a part of her home did not deter her spirit as during December 2020, she asked Hrithik to stop crying and move on. There’s no bigger soap opera than Bollywood itself.

Kangana has said it through her entire time of being at the forefront of Bollywood entertainment that she is the undisputed sherni and dares to speak out against the big wigs in the industry. And, honestly, it is no surprise that, ironically, it limits itself to a certain party.

She is the single most important activist on social media because without her, most of us would lose our jobs and we would lose our daily dose of dining table discussions over a pint of beer.

However, after all, things being said and done, it is no stretch to assume that Kangana marks a strange time in our generation, where the powerful are left unquestioned and the powerless are suppressed.

Poll Bound States To Get A Highway Makeover; Can Indian Elections Make The Laziest Work?