Home Social Opinions Calling Someone Ch*nki, Bh*ngi Can Land You In Jail; These & Other... 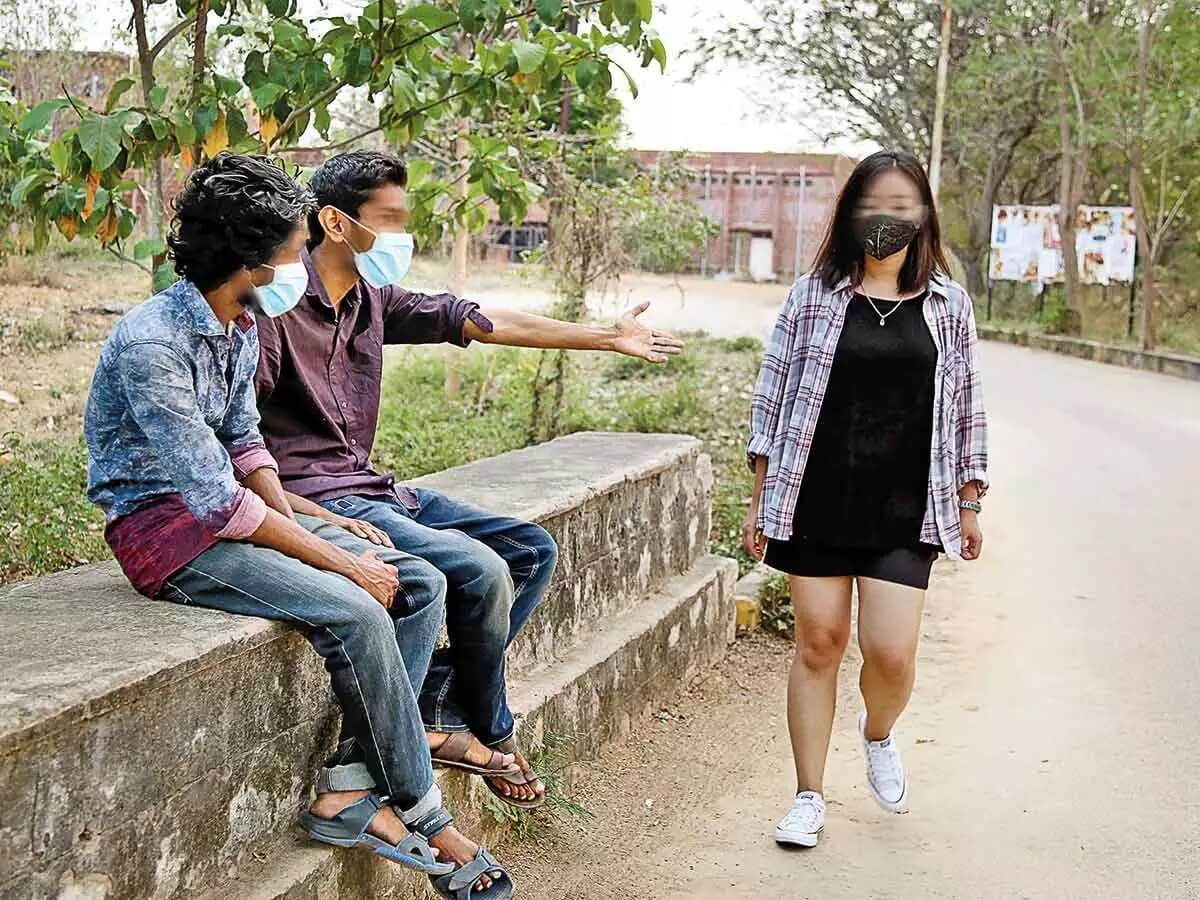 India is no stranger to racism and racial and caste discrimination. Our caste system, which might have been abolished in legal terms, exists in our society till date.

Besides that, the people of our country, including the new-age, modern and educated millennials and such, also take part in spreading such discrimination based on stereotypes, prejudice and other injustices.

This can be seen clearly by the usage of many casteist and racial slurs that are often used by people even in today’s time without understanding that they might be committing a crime.

Yes, a lot of the slurs that are used to demean certain groups are not legal to be used in the first place and can result in punishment from the law.

Which Words Are Illegal?

There are many slur words that are illegal in India under the Scheduled Caste and Scheduled Tribe (Prevention of Atrocities) Act, 1989.

The punishment of using these words in a public area is usually a fine that is decided upon by the judge depending on the case itself, or a jail time ranging anywhere from 6 months to 5 years.

As per sources, Section 3(1)(r) and 3(1)(s) are more specifically related to the use of such slur words and why it is illegal:

Punishments for offences atrocities: Whoever, not being a member of a Scheduled Caste or a Scheduled Tribe,-

(r) intentionally insults or intimidates with intent to humiliate a member of a Scheduled Caste or a Scheduled Tribe in any place within public view;

(s) abuses any member of a Scheduled Caste or a Scheduled Tribe by caste name in any place within public view.

In a ruling in 2017, the Delhi High Court had even stated that posting of such a slur targeted at an individual of the SC/ST community, on any social media platform, even if it is a closed group or private wall, is punishable by law.

The word chink, and its various variations like chinky, chinkapoo, chigga etc. have all been declared illegal under the Indian law.

It is used to refer to people with Oriental Asian looks, this includes people from our own north-east India region.

It is a demeaning word that goes back to the 20th century in North America where people felt threatened by Chinese immigration.

As per reports from 2015, the Union Home Ministry had agreed in principle to declare the word ‘chinki’ or ‘Chinese’ in reference to Northeastern Indians as derogatory and punishable by law.

They decided to amend the Indian Penal Code (IPC) too and anyone caught using such words could be punished with a jail term of up to five years.

Previous, the Indian Ministry of Home Affairs in 2012 had already added this term as a criminal offence under the Scheduled Castes and Scheduled Tribes (Prevention of Atrocities) Act with a punishment of up to 5 years in jail.

The word ‘bhangi’ is used as a slur against various Dalit communities, most particularly against the Valmiki caste.

The Valmikis trace their origin to the Hindu sage Valmiki who is most known for writing the epic Ramayana, an important text in the Hindu religion. However, despite this, they have been heavily discriminated against and faced oppression from anti-Dalit groups.

The Dalit community was once considered as ‘untouchable’ mostly because of the work they did which was cleaning toilets, scavenging (which means handling dead people), sweeping and more. However, words like bh**gi and more are used as a way to insult the community by some upper-caste groups.

Read More: Why Are These Words Racist And Offensive And How To Replace Them

Another word that is illegal to be used is the word ‘ch**ar’ often used for the Dalit community.

In 2008, the Supreme Court declared the word as an offence punishable under the provision of the Scheduled Castes and the Scheduled Tribes (Prevention of Atrocities) Act, 1989.

The decision was brought about by a bench consisting of Justice Altamas Kabir and Justice Markandey Katju. As per reports, they stated that “When we interpret Section 3(1)(x) of the act we have to see the purpose for which the act was enacted. It was obviously made to prevent indignities, humiliation and harassment to the members of SC/STs, as is evident from the Statement of Objects & Reasons of the act. Hence, while interpreting Section 3(1)(x) of the act, we have to take into account the popular meaning of the word ‘chamar’ which it has acquired by usage, and not the etymological meaning. If we go by the etymological meaning, we may frustrate the very object of the act, and hence that would not be a correct manner of interpretation.”

The court also added that “In our opinion, even if the word ‘chamar’ was not regarded offensive at one time in our country, today it is certainly a highly offensive word when used in a derogatory sense to insult and humiliate a person. Hence, it should never be used with that intent. The use of the word ‘chamar’ will certainly attract Section 3(1)(x) of the act, if from the context it appears that it was used in a derogatory sense to insult or humiliate a member of the SC/ST.”

During a ruling for a case in 2017, the Supreme Court stated that the words ‘Dh**i’ and ‘Ha***an’ will now be considered words of insult.

The bench of Justices RK Agrawal and Ashok Bhushan said that “The use of the word ‘Harijan’ ‘dhobi’ etc., is often done by people belonging to the so-called upper castes as words of insult, abuse and derision.”

They also stated that “It is basically used nowadays not to denote a caste but to intentionally insult and humiliate someone. We, as a citizen of this country, should always keep one thing in our mind and heart that no people or community should be today insulted or looked down upon, and nobody’s feelings should be hurt.”

Thus, if a person uses these words, they can be tried under the Scheduled Caste and Scheduled Tribe (Prevention of Atrocities) Act, 1989.

There are also proposals being made to declare words like momos, Nepali, and now because of the pandemic, ‘coronavirus’, to be added to the SC/ST Act and as a punishable offence.

There has certainly been an increase in hate and violence towards those who look Chinese and this has harmed many people who are being unfairly accused of spreading the COVID-19 virus.

Since the origin of the virus came from China itself, people who look Oriental Asian are being targeted and living in fear currently.