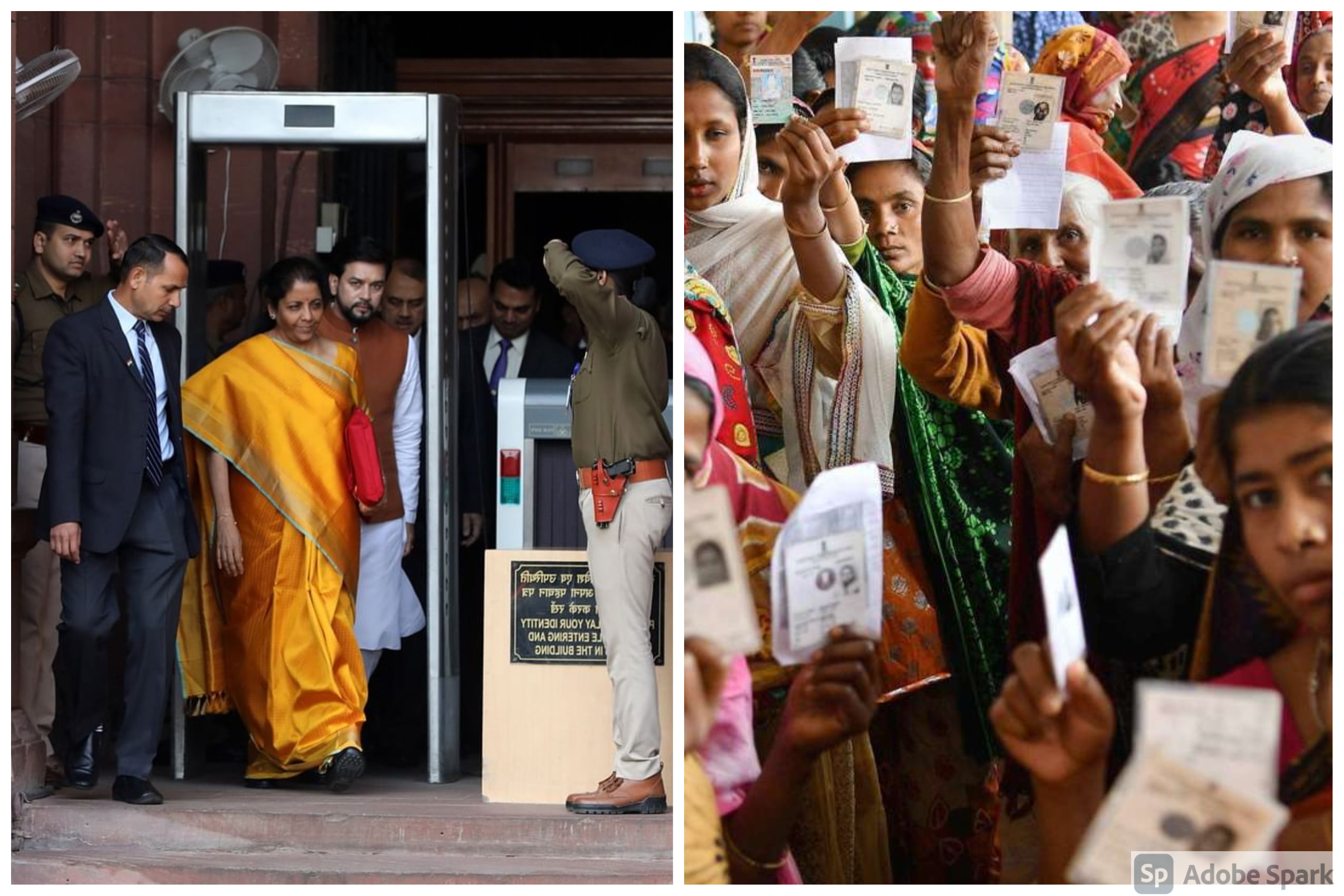 As Nirmala Sitharaman went up on the dais to announce the budget for the fiscal year 2021-2022, most of India’s populace expected nothing much apart from vague empty promises.

However, as she went up with a certain swagger declaring that the finance ministry had done away with bahi-khata and had adopted the uber-cool of a Made in India tab.

During the course of this announcement and the successive announcements, I couldn’t help but listen to her state that the poll-bound states of West Bengal, Tamil Nadu, Kerala and Assam would receive maintenance funds for highways and the like.

This makes me wonder about the state of Indian democracy where the laziest huddle up to work. Clearly, the seat is worth more than human life itself.

Through the years, or to be fair in the past two terms of the present government, it has been seen that the budget exists only when the government wants it to. Otherwise, certain other news emerges from the depths of nowhere to replace it.

It is no wonder that every other time that we were graced with a certain State’s elections or better yet, the Centre’s elections, the budget session emerged with the allocation of funds for numerous reasons (reasons that were previously unknown).

In 2019, the nation bore witness to the slashing of fund allocation for education while the funds allocated for the military increased manifold.

Cut to 2021, the funds allocated for education increased to a whopping 38,572 crore INR. Thus, the question that comes to the forefront is: Where does the budget disappear when the public demands it?

Also Read: Why As A Young Indian I Found The Budget Saddening

Do These States Matter After Elections?

It is no mystery that the states of Kerala, West Bengal, Assam and Tamil Nadu are due to have their elections to the State legislature this year, and it is no coincidence that the Centre has vowed to allocate funds for the maintenance of highways in the said states.

What does come as a surprise is the majority party’s thirst to acquire the seats in these regions. These states which are natively non-Hindi speaking have felt the wrath of Hindi imposition from the Centre from the very commencement of them coming to power.

Their active role in trying to impose Hindi on Tamil Nadu is well known.

However, with the help of their native State government and the resilience of the Tamils, they were successful in warding off the said imposition. Following the same trend, academicians from West Bengal warned the majority party of imposing Hindi in response to the draft New Education Policy.

Being a resident of the City of Joy, I have actively tried to visit most rallies of political parties held around me. What struck me the most in most of these rallies as rather off-putting, was the absence of a clear objective after attaining the seat to the Chief Minister’s Office.

A month hence,  we are in the middle of a time with farmers being isolated and beaten up with metal rods (the media houses aren’t exactly covering this, obviously) while Nirmala tai stood up with her tab and started allocating funds for states she would rather never step a foot inside.

Is It Just Another Election Gimmick?

To be fair, one can’t state right off the bat whether or not the allocation of funds at the moment is just another gimmick. It is no surprise that all the parties have started working with awe-inducing efficiency right before the elections.

Roads that were perfectly well maintained and roads where only the most daring would walk upon, let alone drive, are being treated in the same fashion. They are (rightfully?) being broken down and built from scratch.

In my locality itself, a road that stays broken through 365 days of the year, finds itself in prim and proper condition the moment the elections come knocking.

The same road mysteriously finds itself broken and tattered after about two months. The laziest of ward councillors rally up in their cars and head for their nearest offices which will lay deserted for the rest of the year.

And, most importantly, the Centre remembers that there exist expressways connecting the states and the funds allocated have to come from their pockets. The year of elections is as good a time as any other to do one’s duty.

To rest this article to a deep slumber, it is only apparent that elections are the time when the political parties embroider themselves with the collective responsibility of their office.

Even the laziest of the lot find their bearings while the serious ones find themselves slacking. Possibly the only time Madan Mitra and Kamalesh Mishra find themselves being pitted against each other by the media, and to be fair, I am not complaining.

Sources: The Week, The Print, Zee News, The Hindu