Are the times we are living in gory or empowering? With victims speaking against their oppressors, the #MeToo campaign has exposed a lot of people from different walks of life.

But unfortunately, conceptual clarity seems to be lacking and reliable sources are the need of the hour. 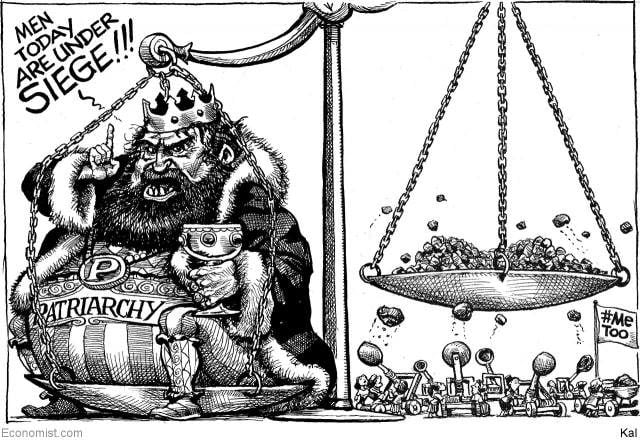 “What happened to flirting?”

What exactly are men being accused of?

What is the difference between harassment, assault and ‘inappropriate conduct?’

There is a disturbing lack of clarity about the terms being used and lack of distinction in what is objectionable behaviour. With the recent thread of events, it all seems muddled up.

Sexual harassment can be defined as ‘offensive remarks about a person’s sex’, ‘unwelcome sexual advances’, ‘requests for sexual favours’.

However, sexual assault can be defined as ‘any type of sexual contact or behaviour that occurs without the explicit consent of the recipient.’

Examples include forced sexual intercourse, attempted rape, child molestation, incest, fondling etc. All of these stand illegal and are punishable under law.

The key concept here is consent. One should immediately back off if one receives signs of unwillingness and discomfort, proceeding to continue even after that is an act of sick mentality.

Chetan Bhagat was accused of “wooing” a journalist. Some choose to term it as sexual harassment while some term it as “wooing” or “casual flirting” however later he apologised. It’s time to not get mingled up in the words and clear the air around them. 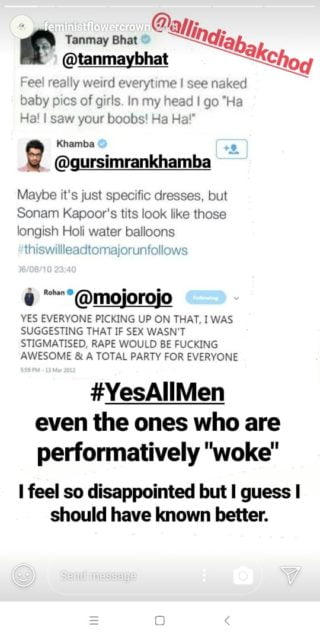 Also Read: Tanushree Dutta Was Not Only A Victim Of Sexual Abuse By Nana Patekar But Also Had Her Car Windshield Broken By A Mob

The term ‘sexual predator’ is not synonymous with the term ‘men’. Sexual harassment victims are not only women but also men. The issue is still a hushed affair as the notion is stigmatised.

Patriarchy works in wonderful ways, affecting all of us irrespective of our genders. Additionally, the sexual assault laws of our country have been devised in such a way that they only cater to the assault against women.

The movement is therefore not to hunt down men, but sexual predators. Our fight is against a system of power and gender relations and not men or women.

It’s a fight against the oppressors, not men. 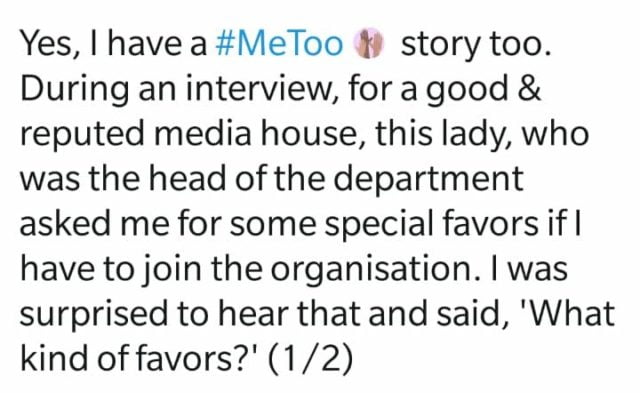 Coming out to the public

Post Tanushree Dutta’s allegations on Nana Patekar, women all over the country have come out to speak up against the harassment they’ve faced. Shocking realities of popular faces like Tanmay Bhatt, Vikas Bahl, Utsav Chakroborthy and Alok Nath have surfaced.

It takes a lot of courage to speak up in a society marred by the concept of one’s “honour”. But the movement also received a backlash, the victims were commented on as accusing falsely, gaining publicity and whatnot.

One has to understand that coming out of the trauma and further voicing it takes time.

Recently, within the Delhi MUN Circuit, girls started to speak up against sexual harassment but this time it seems like a case of vigilante justice.

Branding men as sexual predators without clear evidence and enough investigation is not at all fair. Imagine the wrath of that guy who might have been falsely accused?

The line between healthy flirting and harassment is very thin and only when different perspectives come to light can this difference be made clearer.

So what are the times that we are living in? Maybe all of us should individually decide for ourselves.