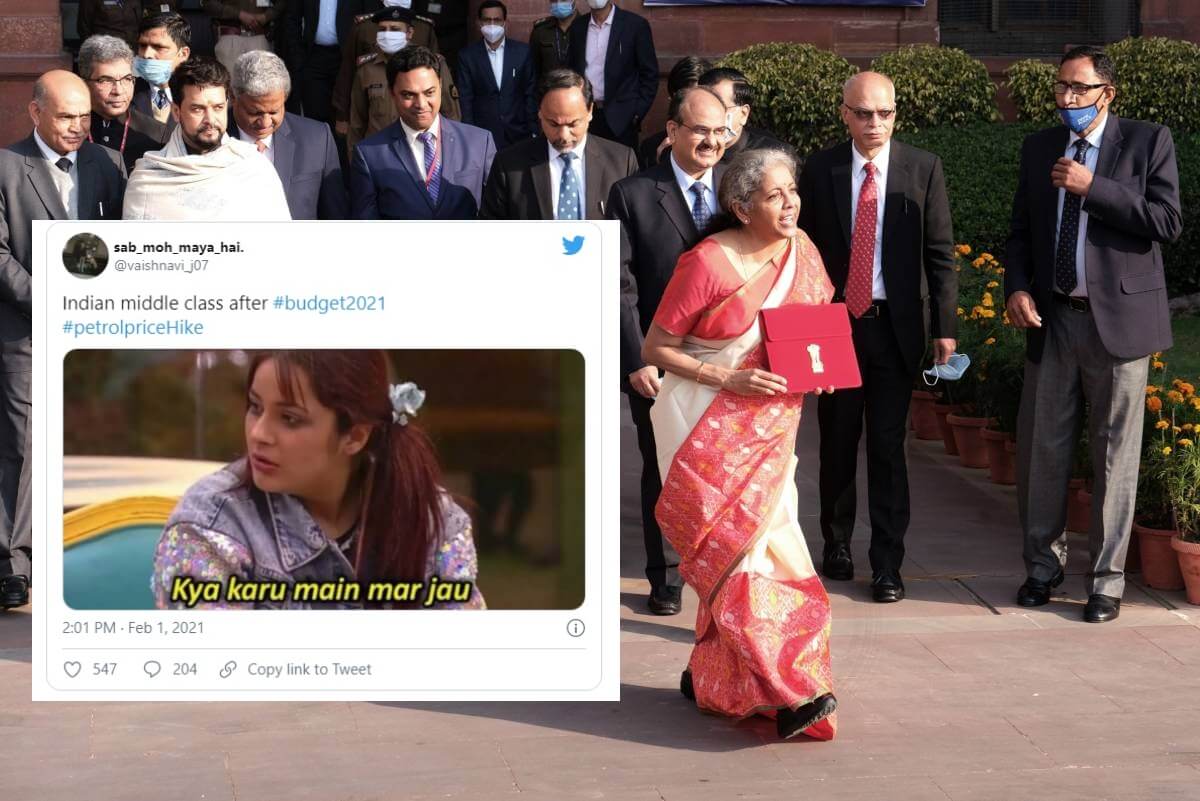 Since that it is the only important topic I’ve seen occupying almost every single slot on social media trends. Well, that and what name Virat Kohli and Anushka Sharma have given their new-born daughter. Because those are very important things to know about too.

People have been studying and taking apart and going in-depth into the budget, taking a look at every single thing it mentions and how it will affect different sectors of our country.

In the midst of all this though, Budget 2021 was seen to not be as friendly to the Indian middle class as they would have wanted.

While there are many changes seen in the healthcare and infrastructure areas, the Income Tax sector saw no change at all this year.

This did not sit well with the Indian middle class who felt ignored by Budget 2021 and didn’t feel like it addressed their concerns as well as they wanted.

So of course, to vent out their feelings many took to Twitter to talk about it, with many resorting to making memes about how the Indian middle class was treated by Budget 2021. There were also many who just posted about their confusion with the whole topic since they couldn’t understand anything at all only.

Read More: Do You Know The Actual Story Behind India’s First-Ever Budget?

All in all, Budget 2021 left the taxpayers themselves seemingly out in the cold especially given the extremely bad economic conditions that the COVID-19 pandemic brought with it.

Relaxation on the direct taxations and more would have surely been a relief to common Indian citizens who were either left gone from their jobs, had to work on a reduced salary, or in case of small business owners had to entirely close their business itself.

Let us know in the comments below how you think this new budget will affect the Indian middle class.

Why As A Young Indian I Found The Budget Saddening