As days pass by, there is no respite from the cascading downfall of a flourishing industry that was the source of income and stability for around two lakh people.

Paper has been an essential final product staking up the monopoly in the market for decades.  Print being a tactile medium has been effective in catching our attention even if it’s the smell of ink in newspapers or the musty dog-eared pages of your favorite book.

Located in the southern and central part of Assam are two paper mills which are under the state-run Hindustan Paper Corporation Limited.The grim situation that unfolds is the series of protests against the closing down of Cachar and Nagaon Paper Mills which have filled the national exchequers generously only to encounter the apathetic attitude of the State.

You Can Also Read: Nude And Sexy Durga Are Not Even Half As Explicit As The Shit We See In Items Songs

The Superstition That Became A Bulk Issue

The year of 2008-09 saw the cutback in the production of paper by the Cachar and Nagaon Paper Mills. Bamboo production had alarmingly reduced with no supply of paper pulp.

The State of Mizoram is replete with huge plantations of bamboo. The flowering season takes place at an interval that can be long as 50 years.

The locals are mired in their superstitious beliefs of an epidemic looming large with the mass flowering phenomenon. Around 21st October 1958, the District Council of Mizoram issued reports of warnings pleading for financial aid to the Central Government with the onset of “ Bamboo Blossom.”

Facing staunch disapproval from the Central Government on unscientific grounds, devastating epidemic gripped the State with pests and rats damaging the crop and afflicting the large-scale production. Failing to deal with the outbreak, the Government announced reasonable fortunes for killing rats.

When outbreaks failed to cease and desist, a historic moment gambled on the foundations of India’s first bamboo policy in Mizoram.

During 2004-05, the District Council of Mizoram sent alert messages before the flowering season again to the Government. The HPC representatives didn’t stock the distress call.

Blazing uptight defiance, villagers resorted to cutting down bamboo stocks before they blossomed.  With pressure mounting on HPC to produce paper, they requested stocks from foreign countries.

With the escalation in production costs, chemical-based instruments in the paper mill were rendered dysfunctional facing the gross setback of a shut-down.  After repeated supervision from the Government officials, no one evinced interest in reopening propositions.

How The Government Failed In Sticking To The Plans Made

According to Plan A, the Government would tie-up with an industrialist to open the mill till the election. This plan would help by compensating for the loans that were taken by the employees.

Then the mill would eventually close down. The industrialist would benefit earnings in the form of land grants and machinery.

Jobless wage-workers were not committed to re-employment. In case Plan A fails, Plan B would be to succumb to outright privatization.

But after the mills were phased out completely for around 2 years, the Government is still floating the request proposal among private bidders with no “clean-slate” on settlement of liabilities.

In The End, It’s The Employees Who Continue To Suffer

With public outrage demanding an immediate release of pending salaries of both regular and contractual employees for more than 13 months, sharp civic discontent is at stake. Education of the children of the employees has been discontinued and family members are on the threshold of starvation.

The agitation won’t take rest until operation at the mill is resumed with the immediate release of salary and CBI probing is accommodated into the functioning of the mill which has gone dead for the last two years.

As per the productivity chart of 2007-17, HPC in Cachar has built up a total capacity of about 1 lakh tonnes of paper and newsprint which was not less than target production.

Cost of paper increased during the Narendra Modi regime with an upsurge in price from Rs 40,000 to Rs 80,000. By this production model, there should have been massive profits and returns.

What could have gone amiss with reverse impacts and straightforward closure?

When Sarbananda Sonowal, the Chief Minister of Assam, sought Rs 1800 crore for revival of the paper mills, why has he not acted upon it yet?

As days pass by, there is no respite from the cascading downfall of a flourishing industry that was the source of income and stability for around two lakh people.

Only if our Government was not mangled in splurging on festivals like Namami Barak, we might have seen a shimmer of hope.

Is The Harvey Weinstein Effect Conceivable In The Indian Film Industry? 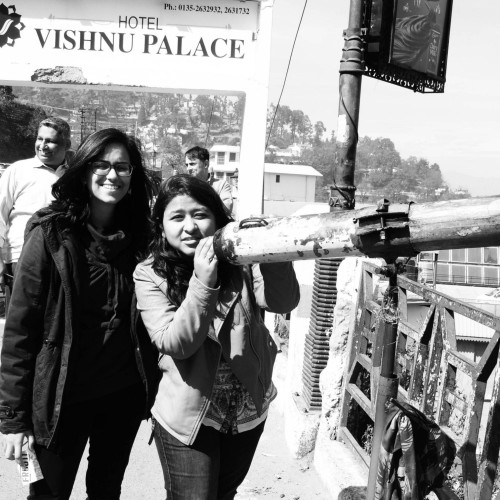 Aatreyee Dhar
A movie aficionado, an art connoisseur, a closet writer, an avid reader and a serene geek by choice