Home Lifestyle How Viral ‘Pink Bloom Phenomenon’ Of Kerala Village Is A Threat? 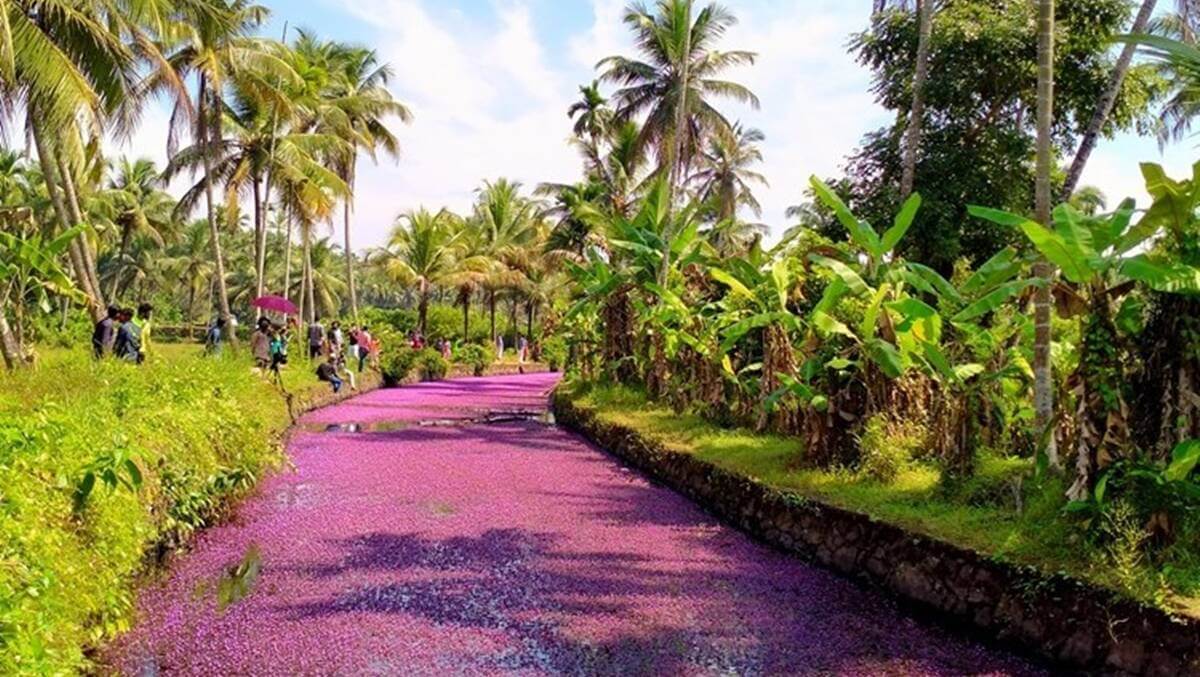 Amidst the pandemic, a village in Kerala is suddenly observing a spike in tourist activity. This is due to the widespread growth of an aquatic plant painting everything pink! 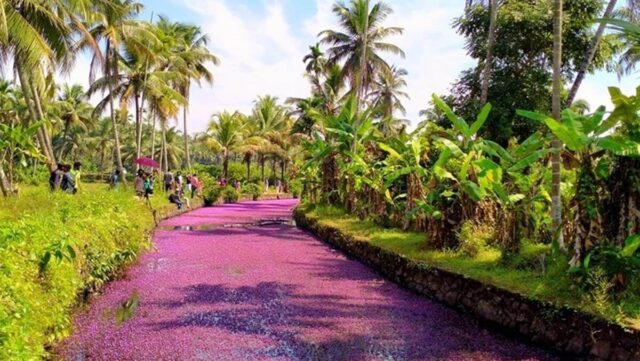 The pink aquatic plant, known as Forked Fanwort, in a village in Kerala’s Kozhikode has given the place an angelic vibe.

A small village, Avala Pandi, situated in the Kozhikode region of Kerala has seen a sudden bloom of Forked Fanwort, an aquatic flowering plant. Forked Fanwort, also known as Water Shield, has small flowers ranging from white to purple colour.

They are the members of Cabomba furcata species and are locally recognised as the “mullan payal”.

The widespread blooming of Water Shield flowers has invoked a lot of interest amongst the residents. The flowers have not only provided scenic beauty but also helped to provide some livelihood to the locals.

Small traders have started gathering these beautiful pink flower blooms and selling them for religious and ornamental purposes.

Additionally, images of these beautiful blooms across the village have stirred up a lot of attention among netizens. The amazing shots of this beautiful stretch have been circulating on the internet and have resulted in a rise of tourists in Avala Pandi. 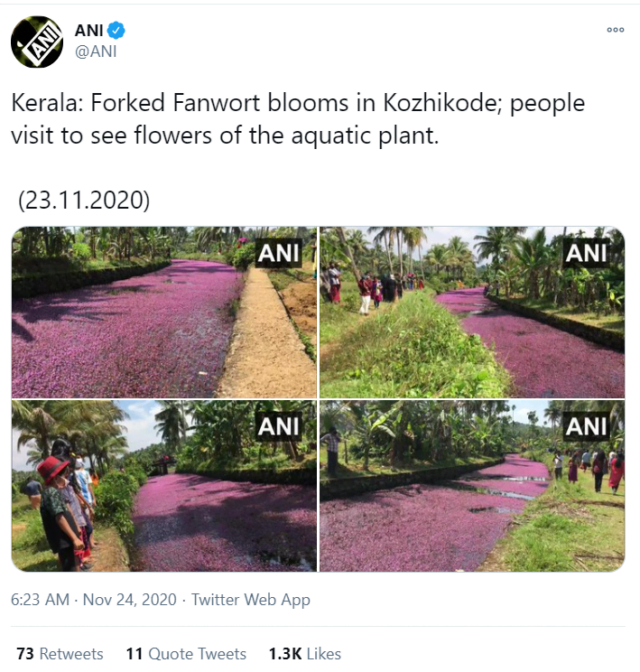 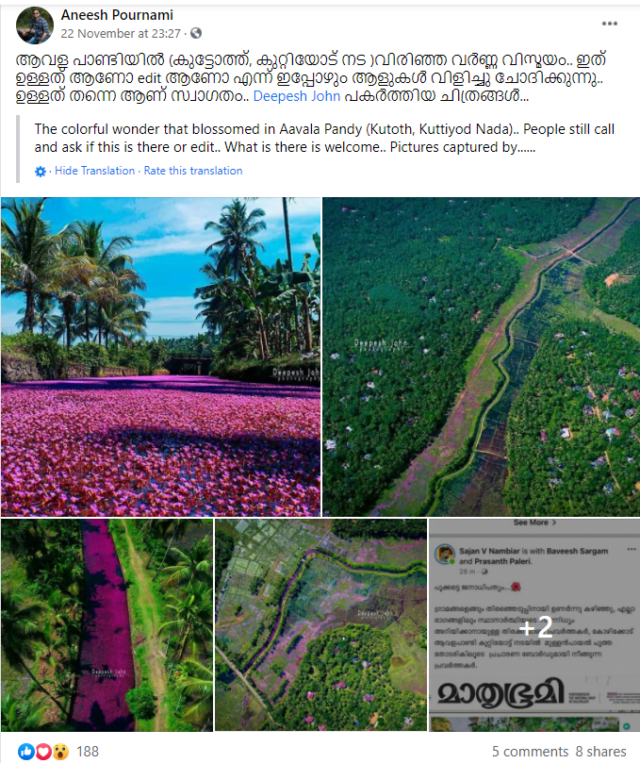 This bewitching location has also become an ideal spot for candidates to hold political rallies. The prospective contestants of the 2021 Kerala state poll have started using this ‘Pink Bloom Phenomenon’ as a stage to garner votes.

Should We Be Concerned?

However, this pink bloom is not as beautiful as you think.

Reportedly, Dr. P. Dileep, a botanist, has cautioned Indian Express Malayalam that these Water Shield pink flowers at Avala Pandi may be spectacular to look at but in reality, they pose a great threat to our native water bodies.

Dr. Dileep said, “Although the view of the herd flowering is spectacular, the proliferation of these invasive species will lead to the mass destruction of native aquatic plants. These, like African algae, multiply rapidly. Growth is geometric in two, four, eight and sixteen. They grow from stems and seeds.”

He suspects that the plant might have been from aquarium escapes. He also added, “If anyone is collecting hedgehogs from the avalanche because of the beauty of the flower, it should be kept only in aquariums. Throwing in water bodies or fields can cause great damage. A small piece of plant is enough to spread over an area.”

Even though these pink blooms happened last year too, it was not so widespread as it is now.

Shillong Cherry Blossom Festival Is A Delightful Joy Ride Contrary To The Hype: We LivED it