Home Lifestyle From Disaster To Hope: This Lebanese Artist Made A Statue Out Of... 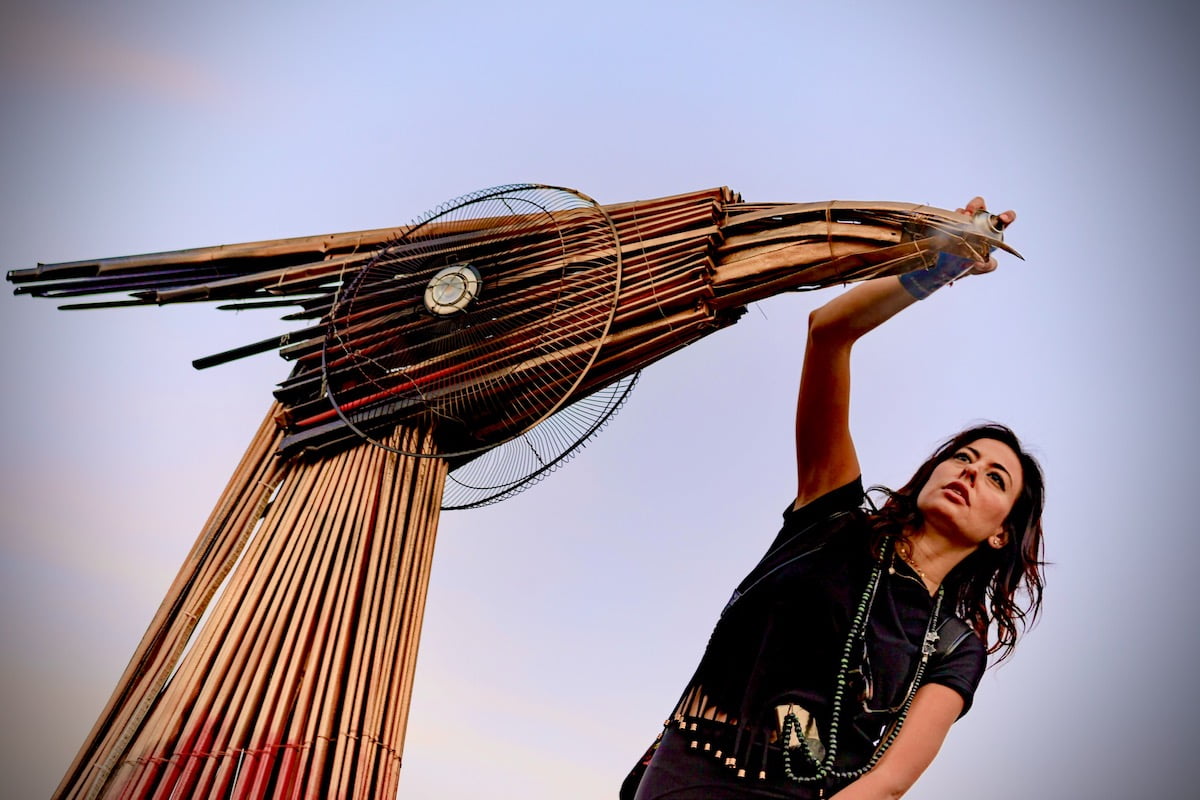 Lebanese sculptor Hayat Nazer recently unveiled her new art piece, an unnamed statue made entirely out of the debris of the Beirut blast.

The statue is made of broken glass and the twisted remaining materials of the blast’s debris, symbolising Beirut’s resilience and hopes of rising from the crisis.

This debris once belonged to the people’s home that the explosion blew into rubble and dirt. The explosion also killed as many as 200 and rendered 6,000 people injured.

According to Sheffield University, UK, the Beirut blast was one of the biggest non-nuclear explosions in history. The explosion released the energy of 1 GWh, enough to power more than a hundred homes annually.

The 4th August blast was a grave mistake that has cost a lot to Beirut, both in terms of lives and property. 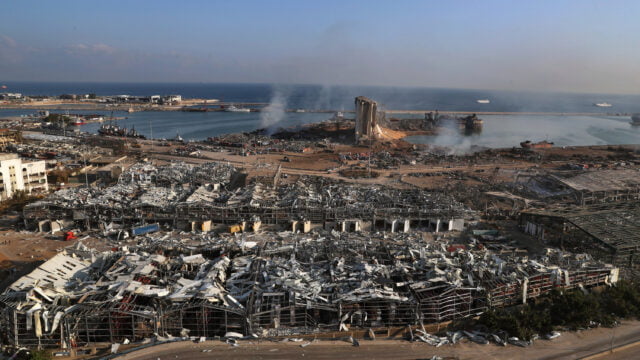 The explosion was a result of an accidental detonation of about 2,750 tonnes (approx.) of ammonium nitrate stored improperly.

Nazer’s artwork is inspired by Lebanese singer Majida El Roumi’s “Beirut, Lady of the World” and its lyrics “Rise from under the rubble”.

The statue stands nearly 3 metres tall with her arm raised, the wind whipping the hair away from her scarred face, and a broken clock at her feet with the hands showing 6:08 pm, the time that the blast ripped through Beirut on the evening of August 4. 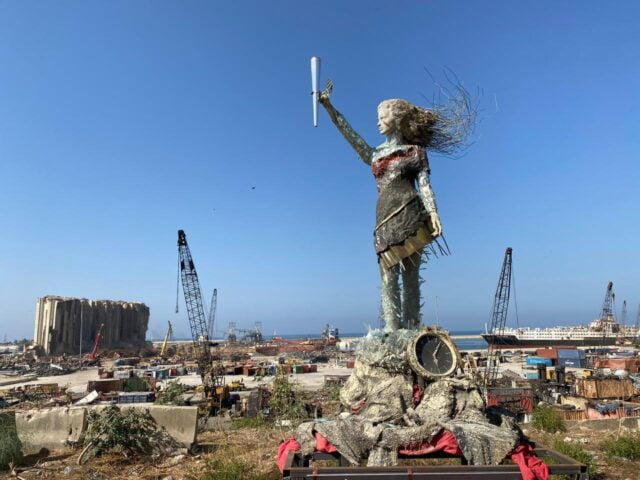 Nazer said, “I felt like Beirut was a woman… who despite what she suffered… is very strong”.

Nazer had already started on a female sculpture a while before the blast took place. However, after the blast, she began to volunteer to clean up the destroyed houses and streets.

Only at night, she would return to the sculpture again. Using the shards of glass, twisted materials and metal pieces that she collected during the day at her volunteering work.

If one were to look at the statue, it feels as if the explosion is still happening. The statue depicts the blast and hope at the same time. With one leg standing, the left hand surrendered, a scar on the face with the blowing hair and the clock on its left half all depict the Beirut blasts.

While the right half, leaning as if taking a step to walk with its hand raised are a show of strength that it wants to continue to keep going forward and rise from the rubble depicting the hope and resilience of Beirut.

‘Rise from the rubble’

Lebanese sculptor Hayat Nazer has yet to name the artwork as she wanted the public to do so in her stead.

Speaking of which, this is not the first time Hayat has used debris in her art. Her previous work was a model of the mythological phoenix made from the pieces of protesters’ burnt tents. And a heart-shaped sculpture made from stones and empty tear-gas canisters collected from clashes between protesters and security forces.

The tyrannical blast, which when swung its deadly swathe on Beirut, made millions homeless, thousands injured and hundreds dead. It has also compounded Lebanon’s worst financial crisis ever since the 1975-1990 civil war.

However, many along with Nazer believe in Lebanese resilience. And the same also reflects in her artwork. For those who saw the statue, temporarily displayed in front of the damaged port, have found the strength to draw hope to carry on forward.