In 1966, the states of Punjab and Haryana were created out of a bigger Punjabi state on linguistic lines. Akali Dal, a political organization of Sikhs had led the movement for redrawing the boundaries.

The Akalis soon realized that their political position was still precarious as the Congress continued to be successful among Dalits in the state, both Hindus and Sikhs. Moreover, their government was dismissed by the Centre before completing its tenure.

Some Akalis started demanding more autonomy and strengthening of federalism in India. There were some extremists who started a separatist movement for Khalistan.

To counter forces of secessionism that were detrimental to national integrity, PM Indira Gandhi launched the ‘Operation Blue Star’ to flush out insurgents from the Golden Temple. Militant leader Jarnail Singh Bhindranwale and his followers had converted the holy shrine into an arsenal.

Army encircled the Golden temple complex on 3 June 1984 and used loudspeakers to convince militants for voluntary surrender. They also asked civilians to leave the temple premises. However, the other side refused to respond to these repetitive pleas. Thus, a clash of army forces and Sikh extremists seemed inevitable.

The fighting started on 5 June and continued for three days. Although the mission was successful in combating insurgents, it incurred heavy losses as the historic temple was damaged and many pilgrims lost their lives. 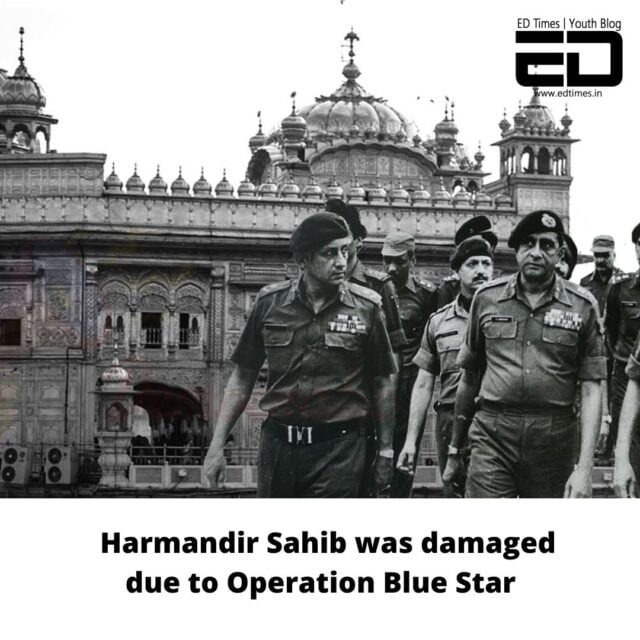 High civilian casualties were a result of militants using pilgrims as a human shield.

This move by Indira Gandhi’s government deeply distressed the Sikh community. Sikhs inside and outside of India condemned it as an attack on their religious identity and faith.

However, instead of pacifying the Sikh community, the government launched another military operation named Operation Woodrose. It prevented any popular dissent against the Centre. Many prominent leaders of Akali Dal were arrested and the All India Sikh Students Federation was banned. 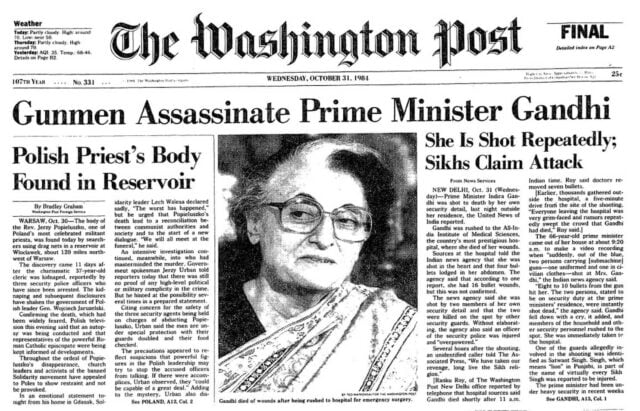 On 31 October 1984, Indira Gandhi was shot dead outside her residence by two Sikh bodyguards Beant Sigh and Satwant Singh in hope of revenge against the atrocities committed by the Indira Gandhi government against the Sikh qaum. 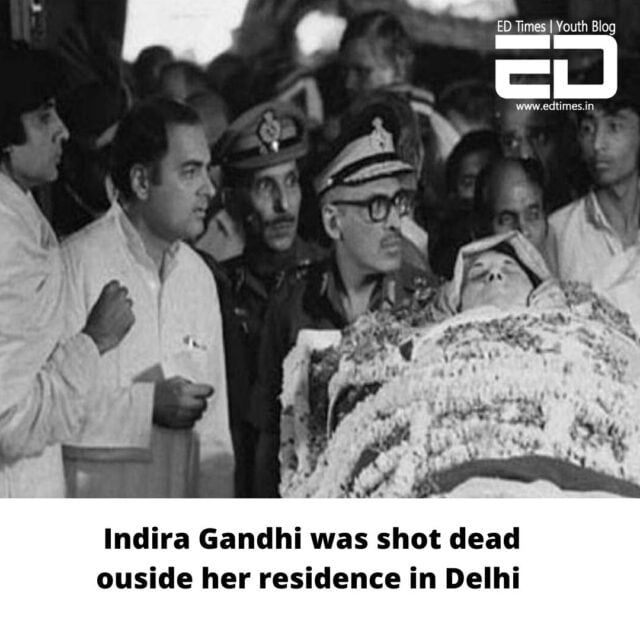 Read more: Navdeep Singh: The Man & Mind Behind Birth Of “The Sikh Group”

This development shocked the whole nation and sparked a cycle of violence that resulted in the death of about 2,800 Sikhs in Delhi and many more in Kanpur, Bokaro and Chas.

Sikhs were ruthlessly maimed and murdered, women were sexually assaulted, their houses were looted and Gurudwaras vandalized. 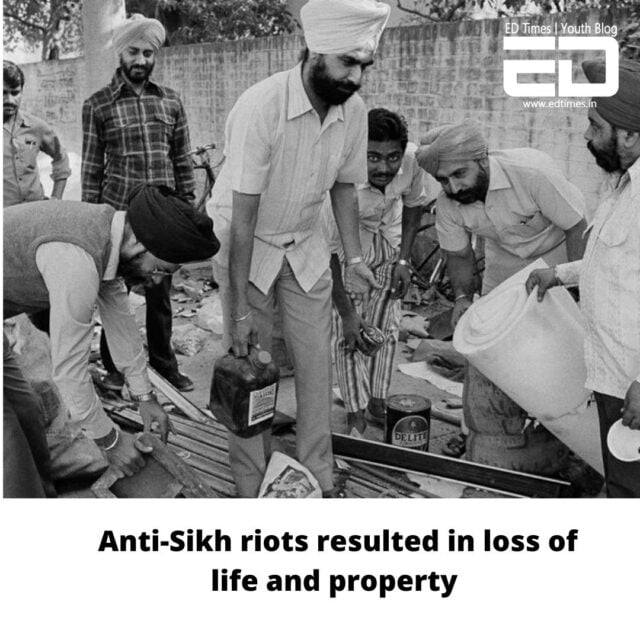 The attacks were made in a systematic manner and it looked as if perpetrators of the violence had no fear of getting caught. Some suggest that the Delhi police supported the attackers. 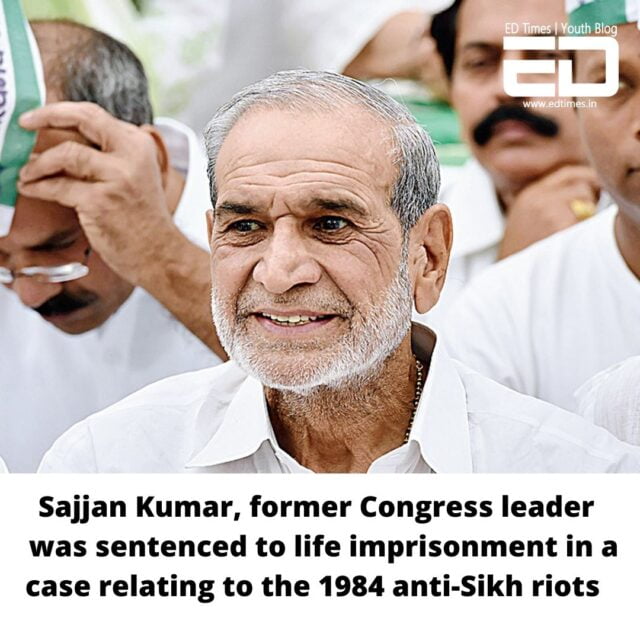 This genocide against the Sikh community was a huge blow to our democratic set up which is based on equality, secularism and fraternity.

A move for restoring normalcy

In 1984, after assuming his political office, Rajiv Gandhi entered into deliberation with Akali Dal president, Harchand Singh Longowal. An accord was signed for restoring peace in the state of Punjab. 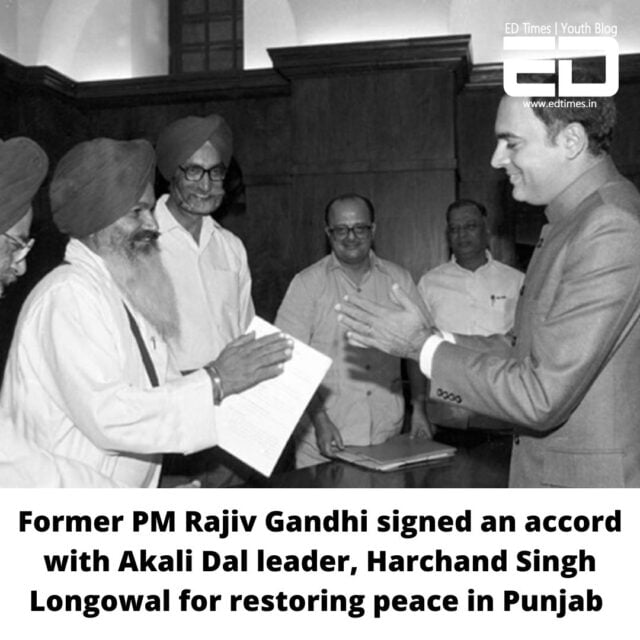 It was decided that Chandigarh would be transferred to Punjab and a separate tribunal would be set up for solving the dispute between Punjab and Haryana. It also asked for better compensation for Sikh families affected by widespread violence and the withdrawal of the Special Armed Forces Act from the state of Punjab.

It is sad to know that the convicts were not effectively punished by the State. In 2005, PM Manmohan Singh apologized to the nation for the party-led pogrom of the Sikhs in the country. 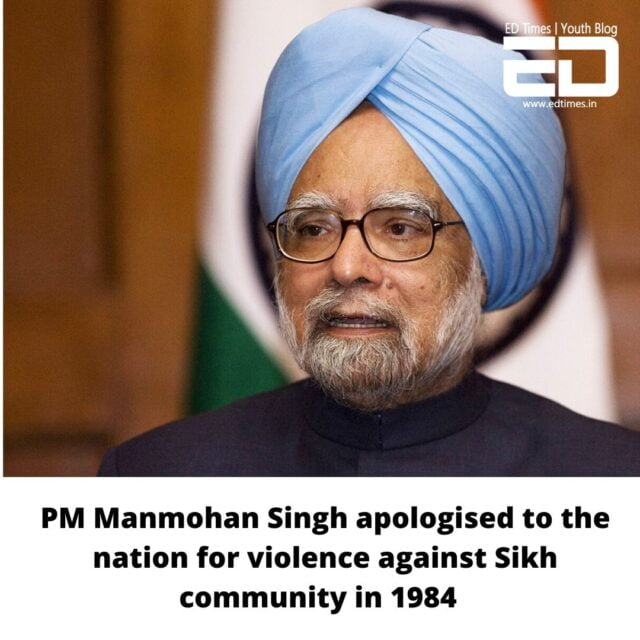 “I have no hesitation in apologizing not only to the Sikh community but the whole nation because what took place in 1984 is the negation of the concept of nationhood and what is enshrined in our Constitution.

So, I am not standing on any false prestige. On behalf of our government, on behalf of the entire people of this country, I bow my head in shame that such a thing took place.

But, sir, there are ebbs, and tides in the affairs of the nation. The past is with us. We cannot rewrite the past.

But as human beings, we have willpower and we have the ability to write a better future for all of us.”

In Pics: Let’s Give Due Credit to Sikhs For The Humanitarian Work They Have Done In COVID-19 Crisis