Navdeep Singh: The Man & Mind Behind Birth Of “The Sikh Group”

May 3, 2020
356
0
Facebook
Twitter
Pinterest
WhatsApp
An individual with 15 years of knowledge & experience in the field of sales & marketing across various industries eventually launched his group named “The Sikh Group”.
Singh has been a pioneer in bringing & binding together communities & business all across the globe. The Sikh Group of his consists of four parameters within it that shows Singh’s faith in his community & to grow the community in all ways possible. It consists of “The Sikh Directory”, “The Sikh Awards”, “The Sikh 100” & “The Sikh Charity”. 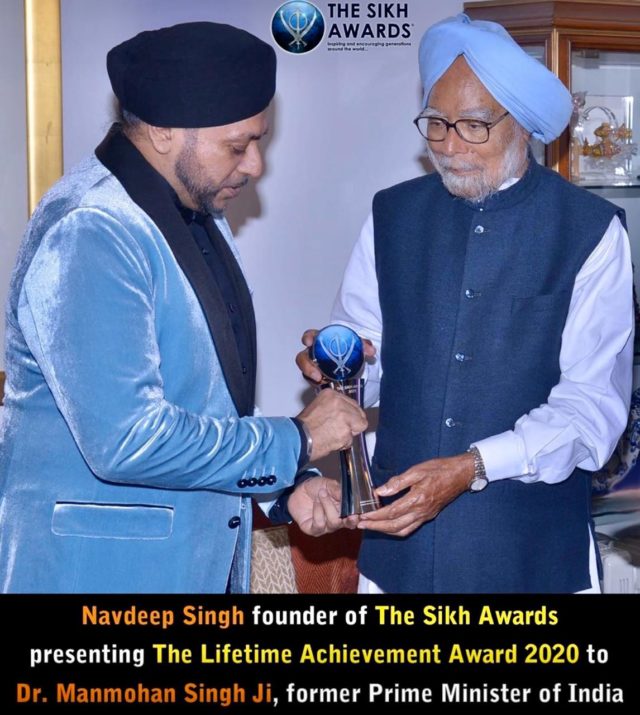 Not just this, but he was also selected for forming a part of the delegation which attended the “Vibrant Gujarat” Summit. The Minister for Trade & Investment, UK, Lord Levingston led the summit; this was an even bigger honour for Singh. Even brands all over the world wait to collaborate with Singh for his work of joining forces with the governments & dominant dignitaries.
Let us have a look at the four parts of the Sikh Group founded by Singh & what they actually do.
• *The Sikh Directory:* This is the largest directory that consists of everything about Sikh services & businesses. The primary purpose of the directory has been to connect buyers with sellers. Published with its first edition in 2006, the directory gets updated & published annually. However, 2019 also saw its first international edition not only in print, but also online & through a mobile app.
• *The Sikh Awards:* This has been the world’s first-ever platform that celebrates the accomplishments of people & organizations on a worldwide level. The inaugural awards first took place in 2010 at London, at the Grosvenor House Hotel, Park Lane. Since the time it was launched, it has conducted the awards ceremony at London, Toronto, Nairobi & Delhi. It is aimed to recognise special contributions made by Sikhs in several fields, including media, sports, business, etc. A special recognition award is also presented to an individual from another faith who promotes multiculturalism.
• *The Sikh 100:* The aim of this compilation of 100 of the most influential & powerful Sikhs is to share with people different stories that act like an inspiration source, & also encourage them to excel in their fields, be more passionate & draw strength upon their faith.
• *The Sikh Charity:* This is an NGO that has been created by Singh to work for the greater good of the society & serve the public interest. Without any kind of discrimination Singh’s Sikh Charity serves people of all nationalities, religions, races, gender, etc. & works towards promoting compassion, spirituality & equality.
It won’t be wrong to call Singh as the heart of the Sikh Group because it is his compassionate heart that has made all these four parameters of the Sikh Group come into life. His philanthropy work sets Singh apart from many entrepreneurs of the world. Promoting his faith further to reach all the corners of the world with the kind of work the communities have been doing poses as an excellent example for the world to see & learn from the same.
He is driven by his personal ethos, which includes promoting values like loyalty, excellence, spirituality & ethics. His Sikh Faith is his guiding light in life which has helped Singh gain more knowledge over the years by practicing the works he did & also got him into noble causes.
Visit : www.TheSikhGroup.com for detailed information.
Facebook
Twitter
Pinterest
WhatsApp
Previous articleCheck Out These Underrated Places The Next Time You’re In London
Next articleWhat Is It Like To Get LASIK Eye Surgery Done?