Jaliyahma has gained true love, fame from her fans making great videos, and now she has millions on followers on Instagram and YouTube who love her music. People like to watch and enjoy Jaliyahma videos and have fun. It is not just a matter of luck, but real dedication and reaching out to people counts to the fact that people start to love and follow you. When the audience finds things relatable or enjoys the entertainment you provide them, then you are in the industry of doing it right. 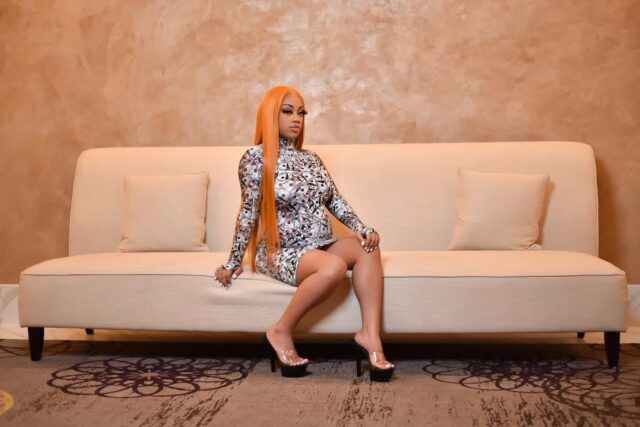 Born on February 8, 1998, in the United States, Jaliyahma had inclined to the entertainment industry since childhood and used to watch youtube stars and loved fashion. She signed up on twitter in April 2012 under the username “Lifeof_jaliyah” from where her entertainment career began.

Later on, she joined Instagram, where she gained fame and followers for her highly classic and stylish pictures.

At the age of 22, having over 2.8 million subscribers to her YouTube channel Jaliyahma has become a popular social media influencer. She became famous due to her variety of fun videos and challenges. There is also a social media account under the name Life of Jaliyah, which is also quite popular. She has over 2.1 million followers on her Instagram Jaliyahma account, where she posts different fashion looks. She is a mother of two, and her pregnancy pictures became very popular as well.

She is in a relationship with a fellow YouTuber MacArthur Johnson famously known as FunnyMike. They also run a channel together with the name The MJ Family. The couple welcomed a daughter in February 2019 and named her Londyn. Jaliyah gave birth to her second child, a son, in July 2020.

She has a lovely sense of music and is a splendid performer capable enough to engage and hook the audience. HipHop music, which has gained much popularity in every part of the world, is something she was born to do as she has the sound and chemistry for this form of art and manages to do quite well at such a young age. Jaliyahma released her music video “Like Me” in December 2019, which is much appreciated by the public and her followers. She performed everything perfectly in the video, including the song, voice, moves, appearance, which ended up in music video, which proved to be eye candy for the viewers gaining over 7 million views.

Prank and funny videos by Jaliyahma

Her prank videos and lifestyles with her boyfriend Funny Mike are well known on YouTube. They started their YouTube channel together in early 2017. The FunnyMike&Jaliyah youtube channel has amassed over 659,000 subscribers. Their YouTube channel is famous for posting Prank Wars content. The duo together has over 31 million views on their video in total. There are several popular videos such as “Is Jaliyah Pregnant,” which has earned over 650,000 views, “Kicking Jaliyah Out Prank Infront Of Hali & Runik,” which as collected over 710,000 views, and “Female V.I.A.G.R.A Revenge Prank On Jaliyah,” which has got over 1.3 million views. She comes up with content and ideas that click and entertain people, which is why her videos and vlogs are popular and viewed so much. People immensely enjoy seeing the reactions on the pranks Jaliyah plots for her boyfriend or other friends, and this curiosity keeps them hooked and involved in her videos. She seems quite open and bold to touch any topic and situation, which proves to be a plus point in her social media career and popularity. She is quite natural and realistic in her videos, enabling her to connect to the people and winning their hearts.

Today in social media, it has come much more comfortable to connect and reach people, so if you have the talent and courage to take a chance and prove your abilities, then it is the very right time now. Explore this world and embrace it with your capabilities and enjoy millions of people’s fame and love, which is a lovely feeling indeed.