Home Politics How Did Gujarat Become The Drug Portal Into India 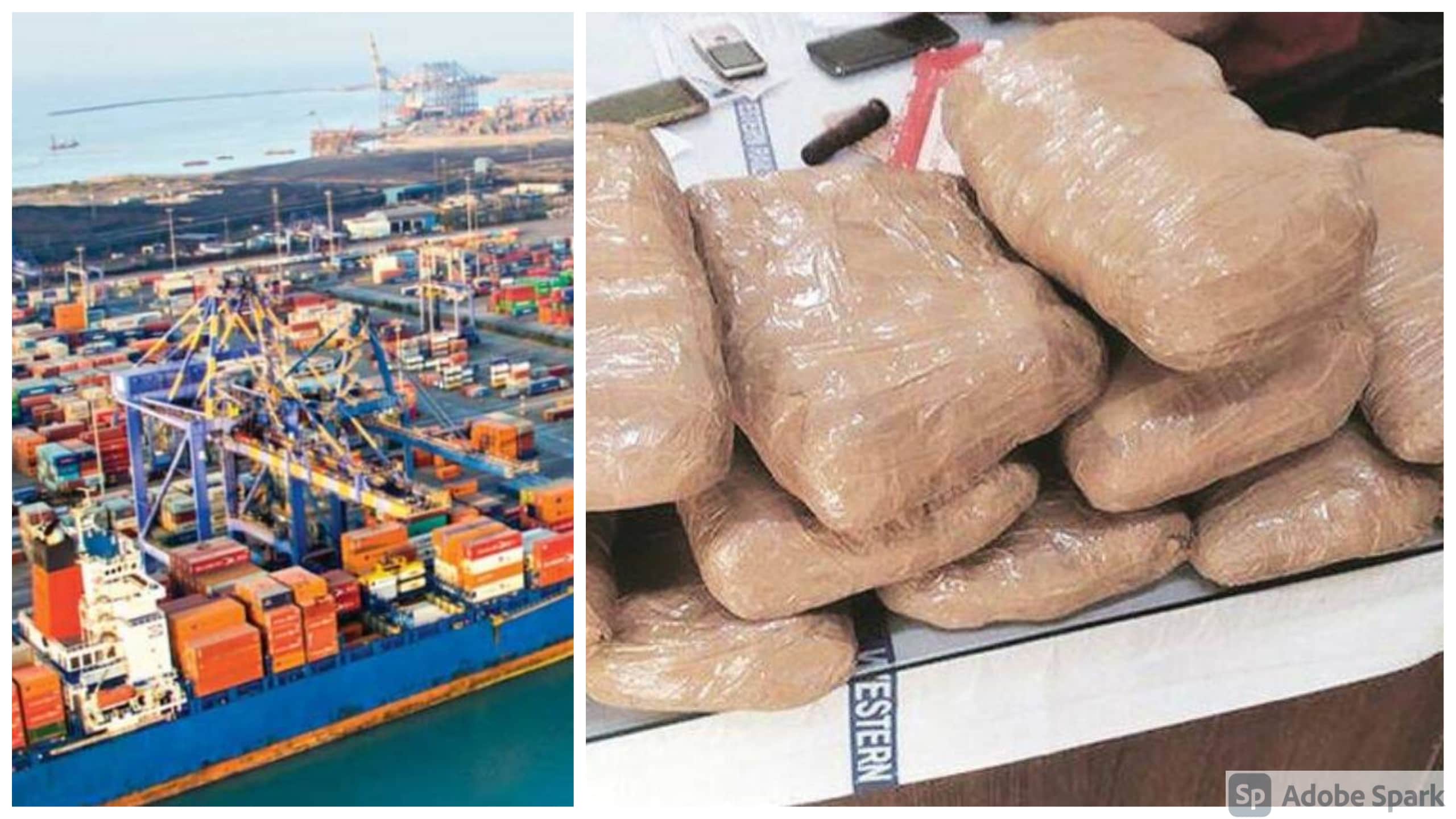 Shipments of metric tonnes of drugs arriving through and into Gujarat has become a concern that has slipped under the pandemonium of the state’s model being the optimum for the entirety of the country. Yet, owing to a lack of security measures taken along the periphery of its seaways, the ports have become dangerously porous.

As 3 tonnes of heroin gets frisked out of two containers found at Mundra Port in Kutch. Owing to Mundra Port being a private port run by the Adani Group, numerous questions have been raised concerning the workings of our corporates as they find themselves in drug peddling operations.

This brings us to the question concerning how Gujarat became the home of drug peddling into India, for this is not the first time and it won’t be the last time either.

What Happened At Mundra Port?

The Mundra Port, which falls under the purview and control of the Adani Group, found itself in the news owing to a massive haul of heroin being discovered there. The smuggled drugs obtained from the containers have reportedly weighed 3,000 kilogrammes while its street value has been estimated at 21,000 crore INR.

The Directorate of Revenue Intelligence has stated that the find has been the largest they have ever seen in India. The heroin smuggled into the port in Kutch has also been deemed to have been one of the largest shipments of drugs nabbed by an anti-smuggling authority the world over.

The Enforcement Directorate, upon the DRI nabbing the shipment of drugs at the port, initiated a money-laundering probe into the drugs trafficked into the Kutch Port.

The probe was initiated in light of the DRI arresting a couple based out of Chennai who, allegedly, run an import firm. Furthermore, it was estimated by an official that the heroin was worth around 5-7 crore INR in the international market by the kilogramme.

This haul has thus caused enormous uproar amidst the Indian politico who are demanding an answer from the Centre as Gujarat has already become the favoured portal into the shores of India by drug traffickers. The Centre has been silent concerning the entire debacle.

Official sources have stated that the consignment was being imported by a Vijaywada based trading company, disguised as semi-processed talc stones. It has also been believed that the heroin is of Afghan origin and was shipped from Bandar Abbas Port in Iran to its destination in Mundra Port.

The wife-husband duo arrested from Chennai, have been kept in custody upon the DRI being granted a ten-day custodial from the court. The couple owns an import firm called  Aashi Trading Company, however, according to the police, no activity has been found except for their firm being registered under a Vijayawada address.

It is also believed that a few Afghan nationals have been involved in the trafficking as well. The DRI has begun a probe into the possibility of Afghan influence in the smuggling of drugs into India.

In light of numerous shipments of smuggled drugs entering India through Gujarat, Congress spokesperson, Pawan Khera, had a few scathing remarks about the government’s subpar work in controlling the flow of smuggled goods, as he said;

“Are these revelations just the tip of the iceberg? Is this an instance of 10 consignments being let go and one being caught just to show that the agencies are working and to ensure ‘perception management?”

Also Read: What Did Sucheta Dalal’s Tweet Expose This Time That It Impacted Adani Companies?

The tale of huge consignments of drugs being smuggled into India through Gujarat is not an instance of the present as numerous other such consignments had been discovered previously as well.

The latest instance, barring the Adani port scandal, comes from a day as recent as Sunday where a consignment of 50 kilogrammes of heroin was discovered by the port authorities.

The shipment had been uncovered by the Porbandar coast by the Indian Coast Guard and the Gujarat Anti-Terrorism Squad. According to the concerned sources, the shipment was worth along the lines of 200 crores INR.

Much like the recent instance of the uncovered heroin shipment at the Adani Port, the heroin found along the Porbandar coast had been deemed to have been manufactured in Afghanistan.

This development comes at a time when the Taliban has donned the garb of legitimate governance in Afghanistan by overthrowing the previous federal government.

Previously it had been found out that much of the Taliban’s revenue came from poppy plantations that they used to transform into opium. The opium thus manufactured has been deemed to have been then shipped to Pakistan where, owing to the technical capabilities, it would be turned into heroin. Thus, much of the smuggled heroin has found its way into India, specifically Gujarat, from Pakistan.

The trail of drug peddling doesn’t end here as in April, this year, another consignment of 30 kilogrammes of heroin was nabbed along the coast of Jakhau (35 nautical miles from Kutch).

The boat had upon it eight Pakistan nationals who had been promised 2 lacs before the job and 9 lacs after, according to the Gujarat ATS. The Pak nationals had also been provided with code names with which they addressed each other. An official from the Anti-Terrorism Squad had said;

“According to Kutchi’s orders, the accused were supposed to refer to the receiver as ‘Haji’ while the receiver would have to address them as ‘Qasim’ as code words. For this task, the men were given Rs 2 lakh in advance by Kutchi and were promised another Rs 7 lakh on completion. Before the accused could hand over the drugs consignment, our team apprehended their boat.”

What is concerning through these instances, is the fact that these are the one in a million such instances that have been recorded on tape and many other such instances have flown under the radar.

It is concerning how Gujarat has been infiltrated in such sordid ways yet the government stays dormant. If the government has to take any form of action the ball has to land on the court of our Home Minister and our Prime Minister but until then;

Sources: The Economic Times, The Print, The Indian Express