HomeFinanceWhat Did Sucheta Dalal's Tweet Expose This Time That It Impacted Adani...
Finance

Elon Musk was a pretty big topic of conversation sometime back when his erratic tweets caused several cryptocurrencies to go either up or down.

However, now our own Sucheta Dalal, a Padma Shri award-winning journalist and the one who broke the 1992 Indian stock market scam or better known as the Harshad Mehta scam of 1992, made a tweet that potentially led to a drop in Adani Group’s stocks.

The Adani Group, is an Indian multinational conglomerate, raking in an annual revenue of over US$ 13 billion, and has its hands in several sectors like real estate, energy, defence and more.

On 12th June, Sucheta Dalal tweeted out “Another scandal hard to prove outside the black box of information available with SEBI tracking systems is the return of an operator of the past who is relentlessly rigging prices of one group. All through foreign entities! His speciality & that of a former FM. Nothing changes!”

The tweet itself doesn’t mention any company or group, probably because there isn’t sufficient and clear evidence against them.

But the tweet is essentially trying to explain some potential market manipulation being done for a certain company’s shares. She says that SEBI is tracking these systems, but this manipulation is difficult to prove without data being provided by them.

Reports have said that SEBI is also investigating price manipulation in Adani Group stocks. This could be given how the group has gained an impressive 200-1,000% growth in the last year alone.

Apparently, as per sources, a past operator is working to increase the price of shares of (a) particular company. Some speculate this could be Ketan Parekh since he is still reportedly active in the stock market, however, there is no proof of his involvement here.

Some are saying that proving this is tricky as most of the money invested comes from stocks held by foreign companies. 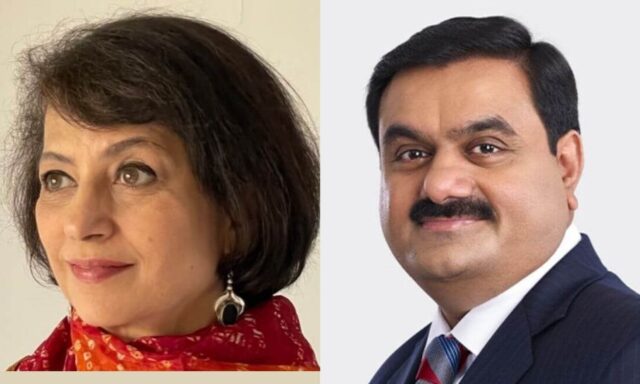 A lot of people took to making memes about the situation, comparing Dalal with Elon Musk. This was probably in reference to recent times when Musk’s tweets have managed to fluctuate the prices of various cryptocurrencies including Bitcoin.

Elon Musk : I can move cryptos with just one tweet.

Read More: Stock Markets Rise Amidst The Pandemic; Will Over Speculation Lead To An Economic Crisis? 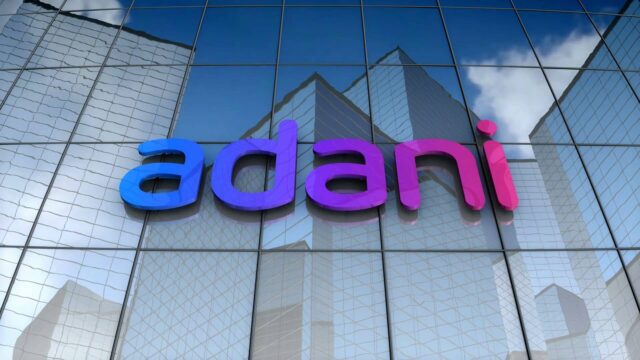 Could Sucheta Dalal Have Been Pointing At Adani?

#SuchetaDalal has been trending on Twitter since morning now, after news of how the National Securities Depository Ltd (NSDL) froze 3 Foreign Portfolio Investors (FPIs) accounts that had major shares in four of the six Adani firms listed on the stock market.

When an account is frozen then the account holders cannot sell their current securities or buy new ones.

This eventually led to a dip in Adani Group’s stocks as per a Reuter report, where it stated that a 25% dip was seen in Adani Enterprises (ADEL.NS), the group’s flagship company, while Adani Ports and Special Economic Zone (APSE.NS) fell by 19%.

The three accounts frozen were of Albula Investment Fund, Cresta Fund and APMS Investment Fund. Their total invested stock in the Adani group came to be more than Rs. 43,500 crore.

An Economic Times report reveals that these accounts were apparently frozen on 31st May 2021.

No official report has said that there is any connection of this to Dalal’s tweets though. It is said that this could be due to inadequate information given by these accounts regarding beneficial ownership. This could be in violation of the Prevention of Money Laundering Act (PMLA) as per top officials from custodian banks and law firms that have foreign investors as clients.

A  senior official with a custodian told Economic Times that, “The freeze could be because of inadequate beneficial ownership documentation. Custodians typically warn their clients before such action but if the fund doesn’t respond or fails to comply, accounts can be frozen.”

There were seemingly a lot of suspicious things about these FPIs. A LinkedIn post by Rohil Lavingia breaks it down very well for us. Here he says:

What intrigued the writer of this post most was:

Do let us know what you think about all this in the comments below. Was Sucheta Dalal pointing towards Adani companies or was this all just a coincidence?

Is Elon Musk Trying To Be The Harshad Mehta Of The Crypto Market?

Facebook
Twitter
Pinterest
WhatsApp
Previous articleLivED: My Solo Trip To Hampi, A Soulful Experience
Next articleTea Post, Tier 2 City Of Rajkot Based Startup Has Built Over 170 Outlets In Gujarat, Maharashtra Etc And Is Growing Rapidly